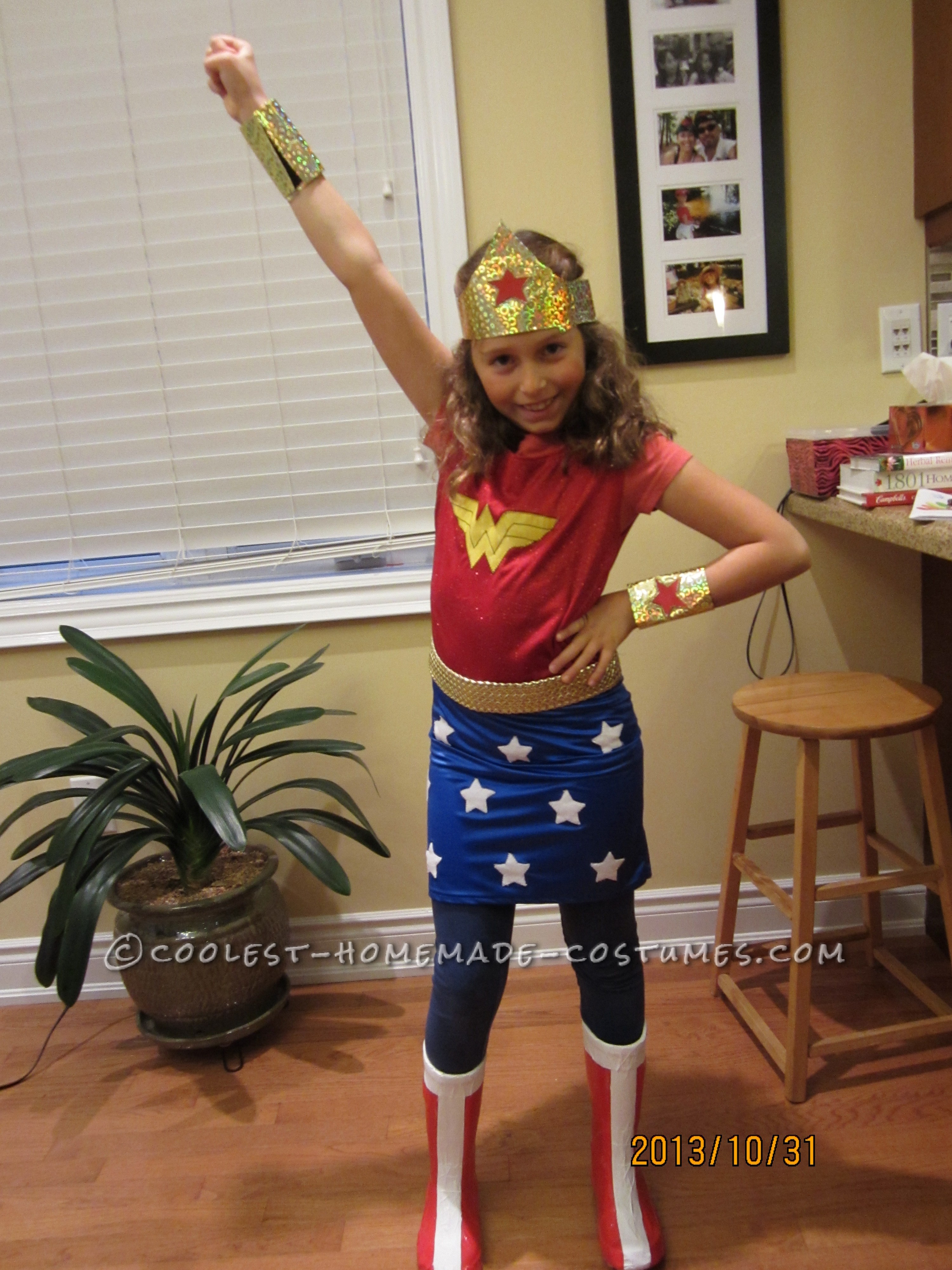 This Wonder Woman costume was all hand made with scraps I had around the house. It was a hit at her school and it was fun to make.

I had an old blue dress and an old red shirt. I measured my daughter for each, sewed it to fit then sewed the top and bottom together. Then, I attached an old gold belt to it so the costume was all one piece. I cut out and glued on some stars on the skirt.

I printed out a Wonder Woman emblem and made it out of fabric. Then I sewed it on the shirt. As for the wrist cuffs and headband, I glued foil wrapping paper on thick cardstock. I measured her head and glued on some Velcro so it was adjustable. We had an old pair of rain boots floating around and I taped it with duct tape then painted it red and white.

Throw on some tight and you’ve got Wonder Woman. Wonder what’s on the costume agenda for next year!