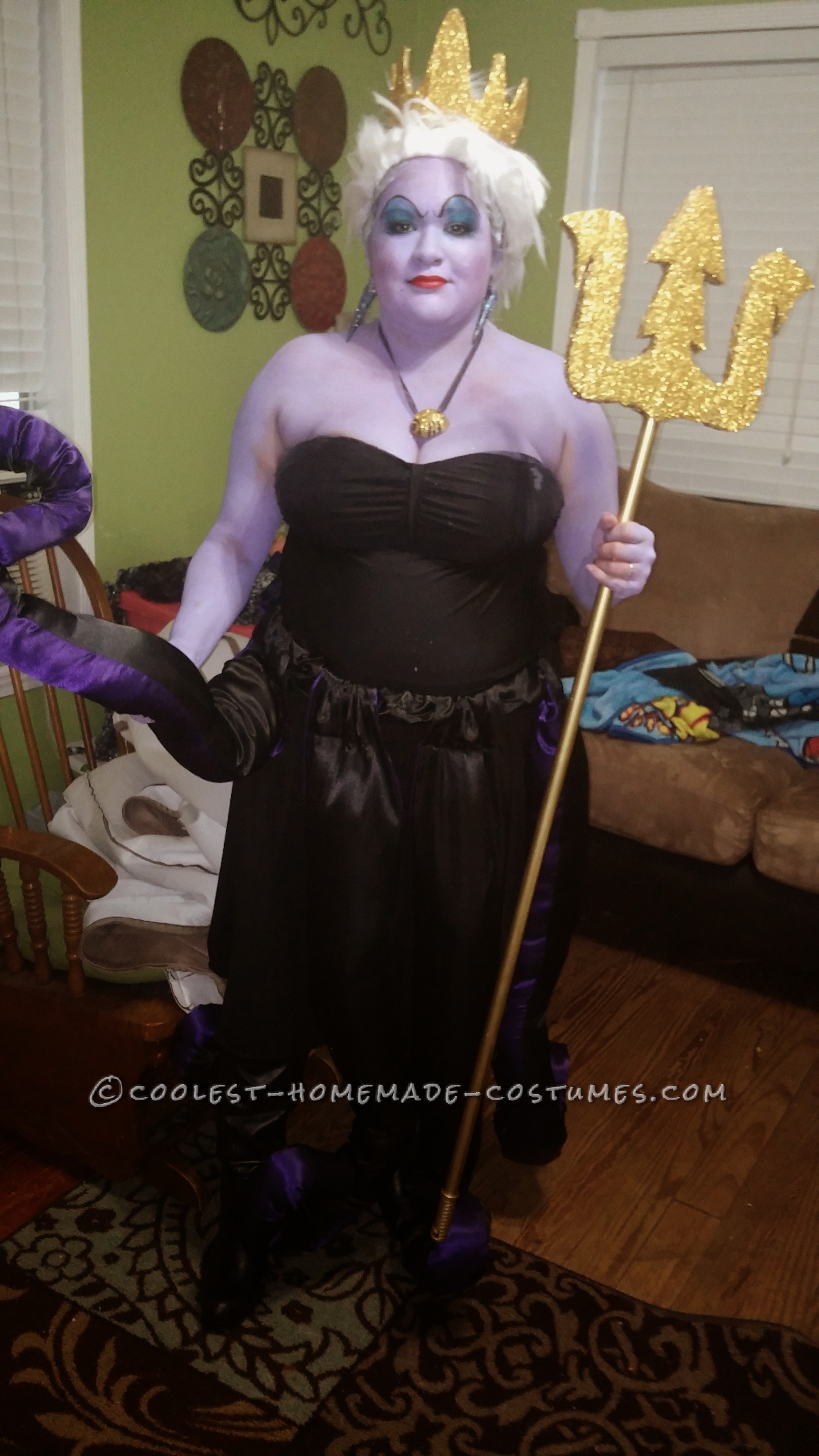 For my Ursula costume, first I made the tentacles. I bought material purple and black and some cotton. I cut them into triangles and sewed the sides, then added the cotton along with copper wire to make sure I could curl them to my liking. I left some space for a belt at the top but I used elastic instead of a belt to make it easier.

I had a swim suit top that was strapless and black that I used. I got a wig at goodwill and dipped in hot water to fix and curled to my liking on a low temperature; worked perfect. Next I started with my crown. I used cardboard and a plastic crown from the dollar store for support. I spray painted them metallic gold. and hot glued them on. Then I used modge-podge and sprinkled some glitter. I then started with my trident. I went to the dollar tree and purchased a broom and used only the stick of course and spray painted it gold. then I used cardboard and free handed half the trident. Then flipped it so they could be even. After that, I traced four and cut them out and glued them together, spray painted metallic gold and cut a hole in the bottom for the broom stick and put a ton of hot glue in the hole. I added modge-podge and glitter to it and that was my trident. Next was my necklace. I purchased the shell for three bucks on eBay, had my husband drill holes and put some ribbon through. Spray painted it gold first though. Used modge-podge and gold glitter over the top. Traced the circle with black permanent marker. I also purchased the shells for my earrings. I had my husband drill holes in them and I painted them with purple acrylic paint. Used modge-podge and put purple glitter on top of them. 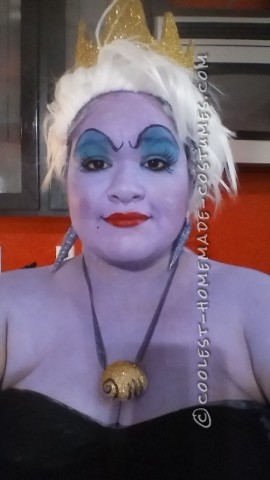 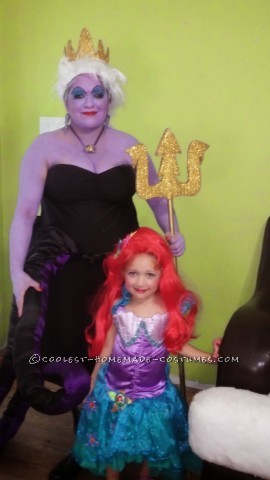