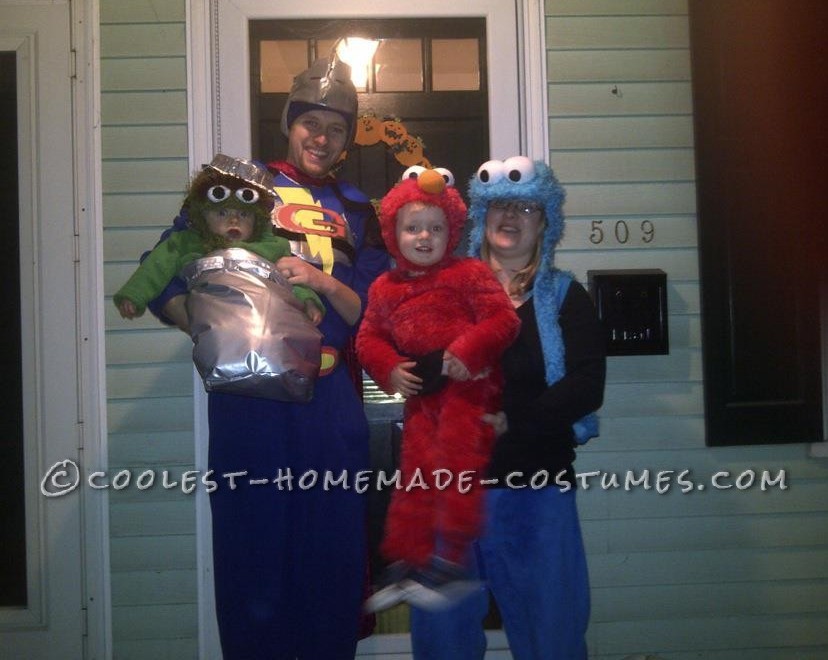 Admittedly, we just bought the Elmo suit for my oldest son. My Super Grover 2.0 costume was a labor of love, as was the Oscar the Grouch costume:

For Grover, I used adult sized footie-pajamas from Target. I made a red cape from fabric I had lying around. The helmet was a child’s toy knight helmet from the dollar store, with cardboard embellishments covered in duct tape. I bought a blue knit cap to go under it. I purchased a belt from the thrift store, covered in in duct tape and then cut out shape from sheet foam and glued them on. The shoulder pads and chest plate are child-sized football padding. I painted it accordingly with acrylic paint and glued on foam shapes. I bought all the foam sheets at the dollar store as well. I did have a foam nose that I wore, but it was so cold, my nose was running while trick or treating, and it soaked up all the snot like a face sponge and dropped off, landing with a snotty splat on a neighbor’s front porch. I just kicked it to the side and collected it on the way out.

The Oscar the Grouch costume is a knit Oscar hat with a tin pie plate strapped on. My son was wearing green pants, green shirt, and a green fleece jacket. The trash can was made by my wife using gray pleather and some cotton to make it warm enough. My son was basically in a sleeping bag while trick or treating, in that can.

My wife’s Cookie Monster costume was a child sized costume originally. After purchasing some blue fuzzy pants, she had the bottom portion. She cut the store bough costume up the middle to make it a vest, and just left the head piece as is, after emptying it of unneeded stuffing. She was upset that she didn’t have enough time to make her costume more feminine. 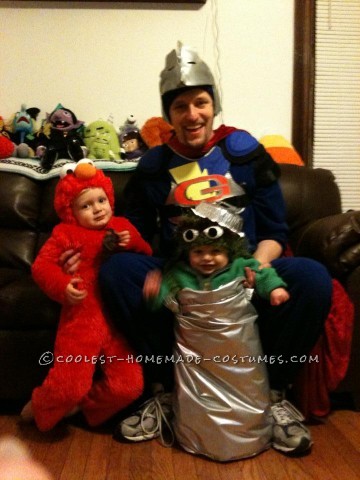 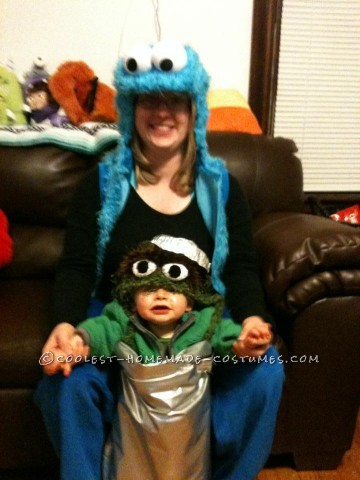 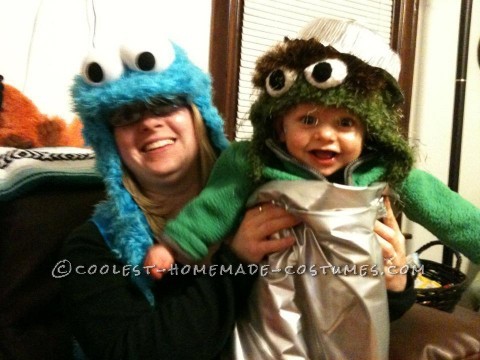