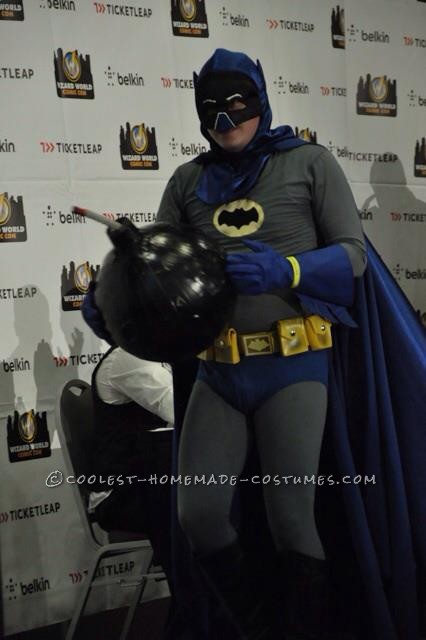 When I decided that I wanted to do a Batman costume for a comic convention I went to with friends this past September, I went in with the thought that it would be easier to do a costume that was kind of funny rather than trying to make some epic looking Dark Knight get up. That didn’t really turn out to be the case, but  I was pretty happy with the finished project so it all worked out for the best.

First thing I did was figure out what parts I had to just buy. I ended up buying a plastic utility belt ($15 from amazon), Blue underwear ($7 for a pack of 6) from Walmart), black boots ($30 from amazon), blue gloves ($7 from Amazon), and gray spandex shirt & pants ($15 or $20 from Eastbay). So what I was left with was making the cape & mask from scratch and customizing and adding detail to some of the other parts.

The cowl was the hardest part. It was based on a pattern for a children’s costume I got at Walmart for 97¢. The pattern was just for a hood, so I had to create patterns for the front part and the neck myself.  This took a couple of tries to get it right, but it worked out. I used blue for the hood part of the mask and black for the front face and then blue again for the tip of the nose. The white lines were drawn on with white paint from a squeeze bottle.

The cape was made from a pattern I found online. The fabric was cut into panels and sewed together. I used a button on the inside collar to hook the cape.

For the Bat logo I drew a pattern in illustrator and then cut it out of fabric and sewed it to the spandex. Sewing the spandex was tricky and we had some issues with the thread breaking in the sewing machine so we ended up sewing some of it by hand.

The Belt buckle logo was also drawn out in illustrator and printed out on high glossy paper and super glued to the plastic belt.

Last, but not least I wanted have some kind of prop to carry, and I decided to go with the big over sized bomb for the movie. I also thought about doing Shark repellent Bat Spray and having a shark biting my leg, but I’m saving that for next time. The bomb is a plastic beach ball covered in duct tape. I glued an empty butter bowl to the top, cut a slit in the shape of an “X” and stuck a small piece of thick rope in to make a fuse.  The whole thing was then spray painted black (the fuse was white with a red tip).

Just like The Dudes rug, the bomb really tied the whole thing together. I got a lot of attention at the con and had several people tell me it was one of their favorite costumes from the weekend. I won an honorable mention in the costume contest and had a great time with it in general. 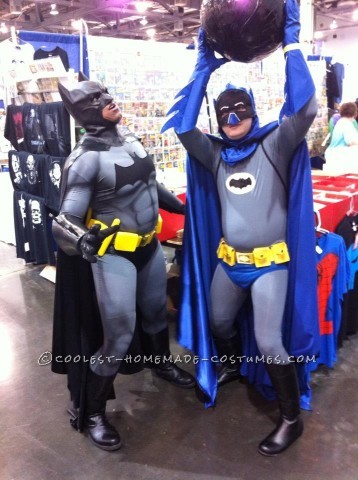 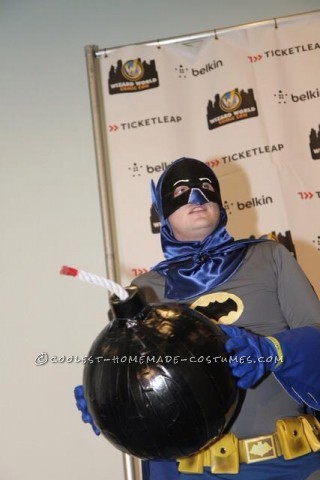 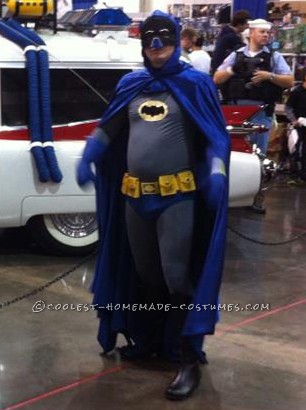