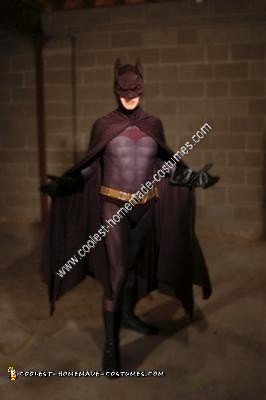 I decided to use craft foam – because it is lightweight and easily available at most craft and hobby stores. To really get some cool detail into the mask, I also decided that I would vacuum form the craft foam. I’ve never done any of this before, so I thought I’d give it try for this Halloween…why not?

I came up with a mask design and then sculpted it using super Sculpey over a generic head armature. After finishing, I baked the clay to harden it and then made a rubber mold of the sculpture. From this rubber mold, I cast a “master” in plaster. This “master” is what I’ll use to vacuum form a sheet of craft foam over.

Then, I built a cheap home vacuum former using plans that I found here… http://www.instructables.com/id/Make-a-good,-cheap,-upgradeable-sheet-plastic-vacu/

Then I heated up the craft foam in an oven, took it out, turned on the vacuum cleaner, put the heated craft foam over the “master’ and pressed down…

After that, I cut out the mask, glued a black spandex fabric over the surface, and tried on the mask. I also pinned the remaining fabric so that I could sew it up later to complete the cowl.
Lastly, I put a “see-through” black fabric in the eyes to make the costume look more mysterious. I made it so that if I decided I didn’t want to be “mysterious” anymore, I could just flip the eye fabric up and out of the way.

The cape is a 6 panel scallop design – I just followed the pattern and used a sewing machine to stitch it together. I also added graphite rods so I could extend the wings. The body suit is spandex that had a “dye sub” picture printed on it to give the illusion of muscles – this was a custom bodysuit designed by someone else.

The gloves, boots and belt all were inexpensive items that came from a Halloween store.

Getting out with the costume last weekend was great! – I got a lot of compliments – people liked the unique look. I liked the idea that the costume didn’t get in the way of me having fun at the parties – I could move, dance, take pictures, and hang-out without feeling like I’m trapped in my costume. 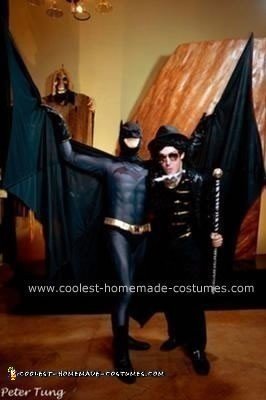 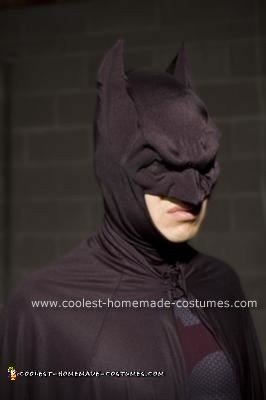 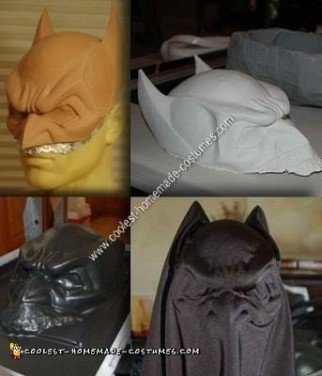