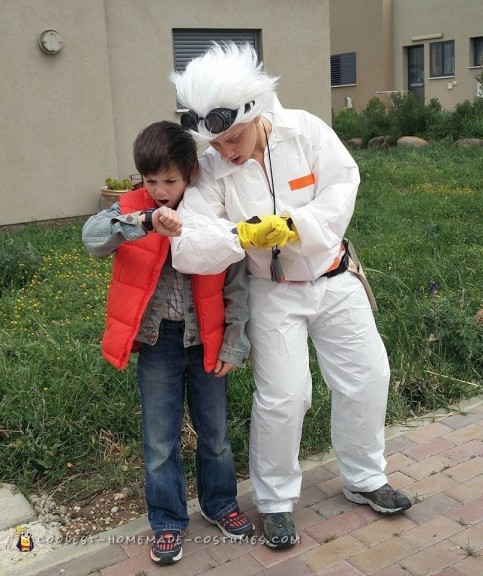 This was a labor of love and insanity, but surprisingly not too difficult. the marty costume was mainly things I had (except the vest – which I bought – but its a functional item that can be reused so I didnt feel bad)

The Marty costume was mainly things I had, except for the vest, which I bought. But it’s a functional item that can be reused later so I didn’t feel bad. Jennifer was also really easy and it was made from items I already had.

Making the Biff costume was insane. I found a pair of white leggings and a long sleeve shirt which I dyed green. I then glued the stripes on the clothes (foam paper) and made the Adidas symbol and glued that on as well. I took an old zip up shirt, I cut out the zipper, I cut the shirt down the center and glued the zipper on to make it look like a zip up. I reached new levels of insanity on this one. I had to convince (or actually bribe) my daughter to look like she was cleaning the car so she actually looked like Biff.

The Doc costume was also not too hard but was mainly bought items. I bought the coveralls for around 10 dollars and embelished it with felt to make it look like docs coveralls. I used yellow gloves and glued the symbol onto it. I borrowed a tool belt and a stop-watch. I bought the wig and goggles from Aliexpress since I wanted it to look real. but it was worth it.

To add to the fun, I printed out ‘Save the Clock Tower’ flyers and Marty’s picture of his family for my son to use as a prop.

It was totally epic! 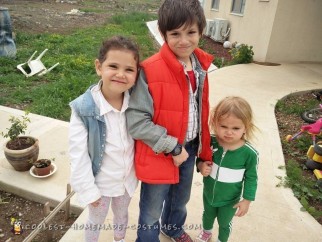 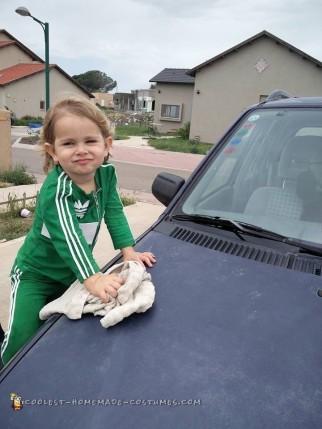 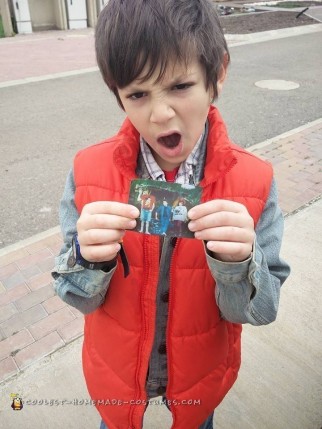 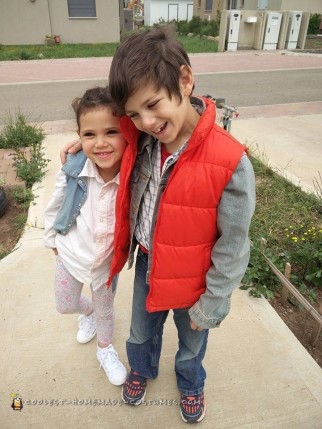