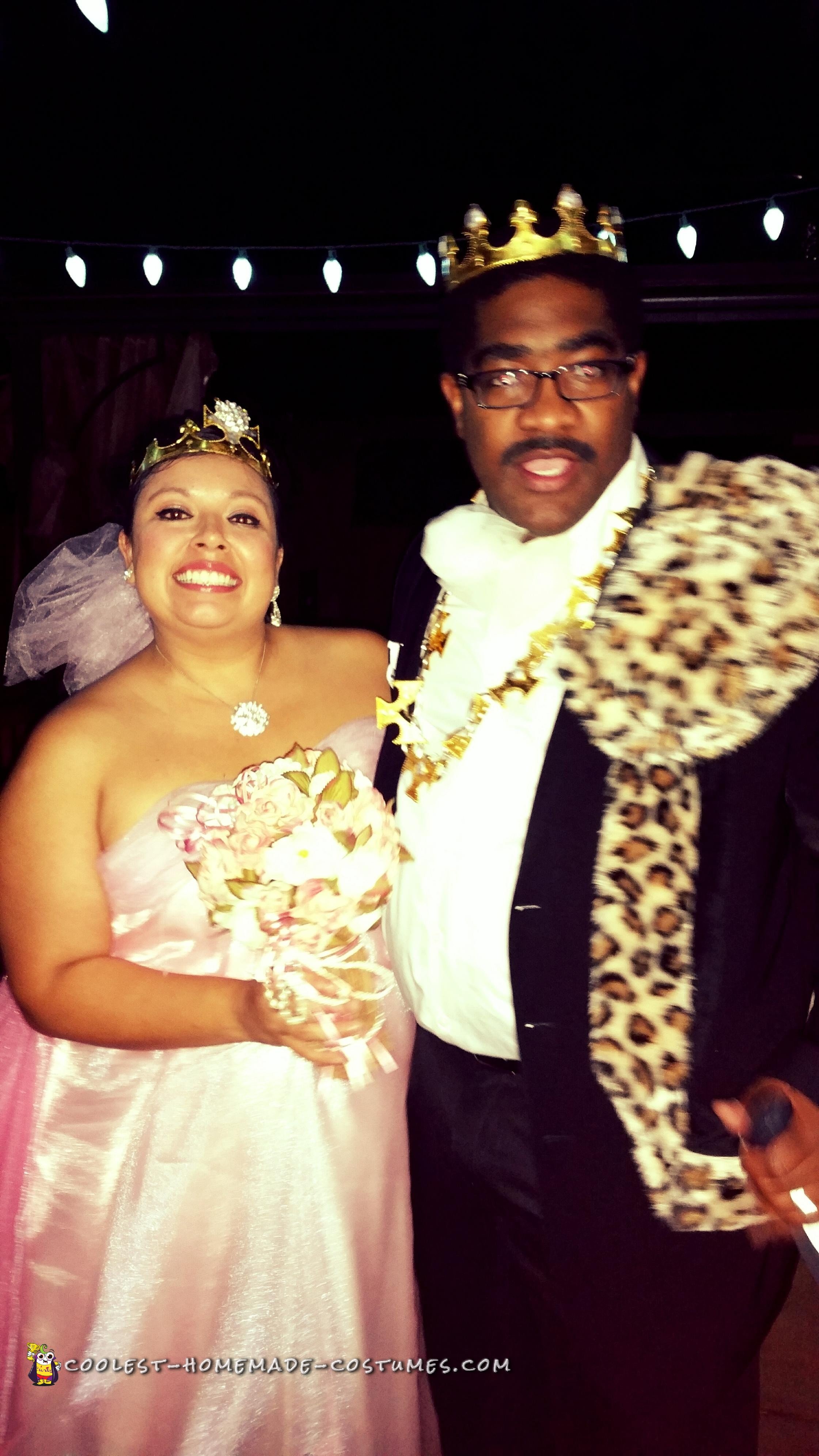 Akeem- For this costume I had my husband dust off an old suit and white collared shirt. I purchased a plastic crown that I painted lightly with a champagne paint to tone down the gold. I cut the crown to mimic the crown in Coming to America, with the cut pieces of the crown I hot glued it to a gold necklace and made his royal neck piece. I also printed an “I love New York” button for his coat and photoshopped an “Employee of the Month” sign from McDowell’s. I would have made Zamunda money if I had the time, but I was able to collect rose petals to throw as he walked. Finally I topped off the costume with a leopard hooded scarf and pinned it to look like a leopard skin. For a final touch my husband grew his mustache out and I penciled it in for fullness.

Lisa McDowell- For my costume I cut an old baby pink tank dress to give me a sweetheart neckline. I sewed a pink metallic material to the original dress to make a slip that way the dress wasn’t see through. Then with pink tulle, and pink sheer material I began making a long bustle for the back of the dress and layered upon it. I brought the material around and pinned it to create a ballgown effect and even had enough to come up around the sweetheart neckline and pinned it there as well. Then I paired it with blingy earings and used a brooch as a necklace and another booch for the crown. The crown was cut to mimic Akeem’s crown with the exception of the front being higher, this is where I placed the second brooch. Then I got excess tulle and made an oversized veil that bunched up in the back and attached to the crown. Then I added a bouquet of flowers, because it is Akeem and Lisa on their wedding day and well, I love props!

We paired our costumes with fun and playful attitudes and it really came to life, everyone took pictures with us and quoted their favorite lines from the movie.

Akeem was so convincing that when we went out with our costumes, my husband ran into a man from Africa that stopped him to ask “what kingdom are you from?” and proceeded to follow and protect him throughout the evening. Even went as far as to shine his shoes during the costume contest at the bar! No matter how many times we told him it was fake and showed him pictures from Coming to America, he just stuck around and played it up. This Halloween was for the books and really came together in the end.

My husband ended up winning the costume contest at the bar. 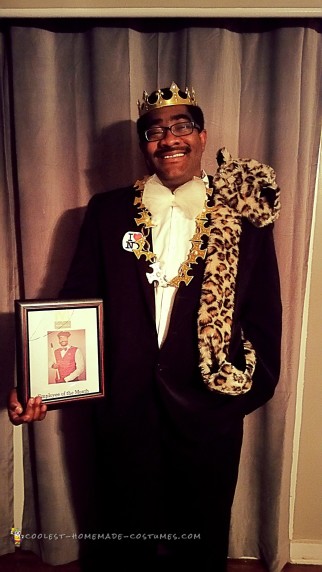 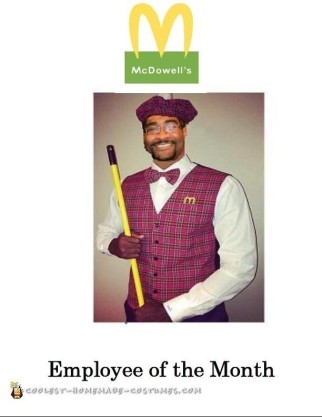 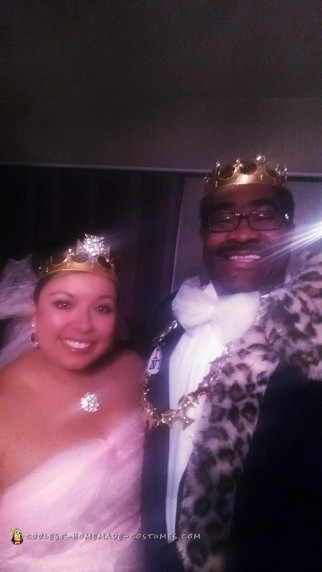 Cheap and Funny Akeem Costume from Coming to America