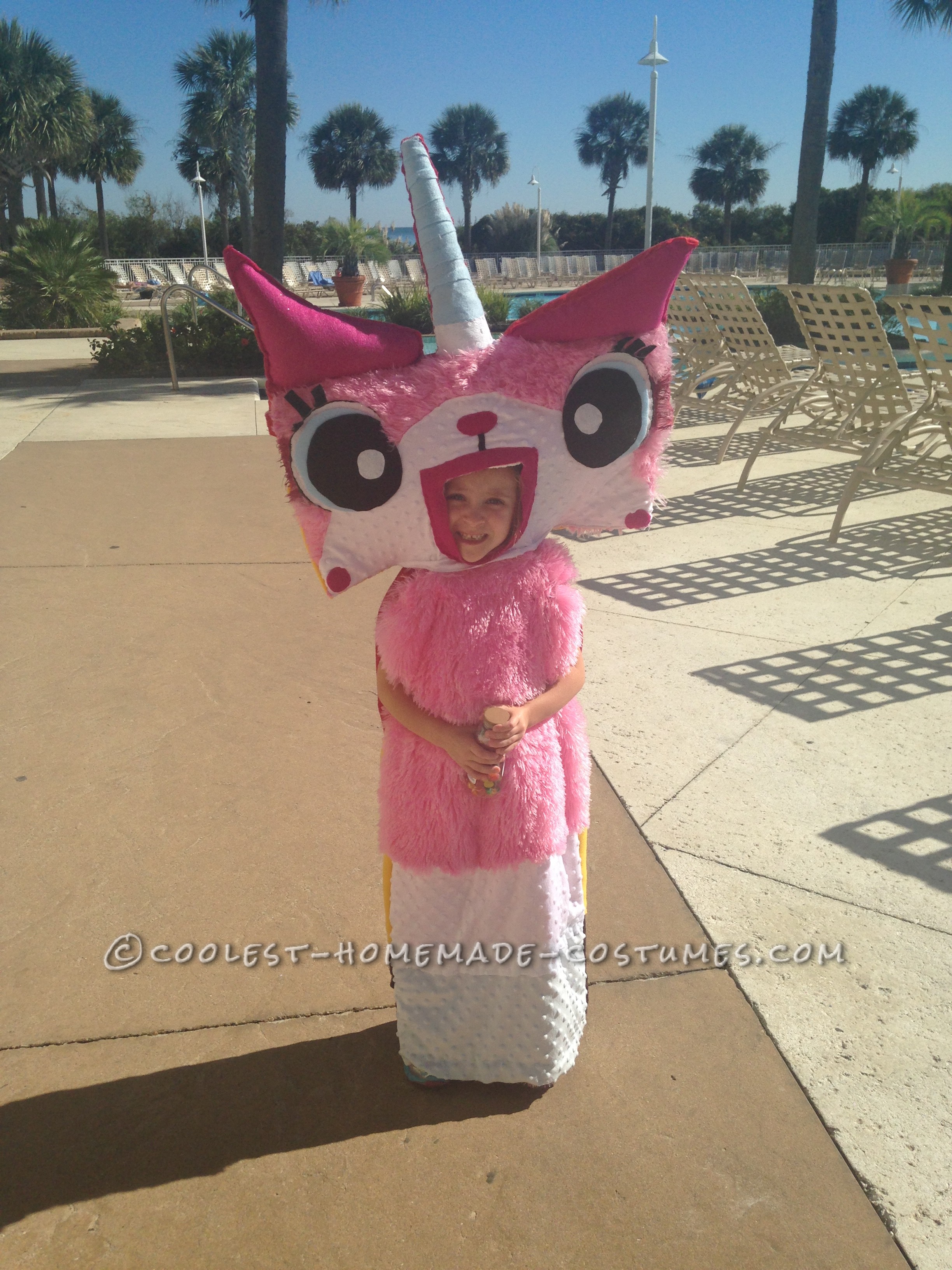 We started with a plan to make a costume that would show the true emotions of unikitty from The Lego Movie, be comfortable to wear, easy to put on, allow my daughter to sit down in it, and win a local contest in our hometown   We were successful!  My daughter won first place in a contest against 40 contestants ages four to seven years old, the costume was comfortable, easy to put on her and she could sit down in it to watch the other contestants go up on stage.

My 5 year old wanted everyone to see that sometimes unikitty is happy and sometimes she is angry.  We decided that unikitty is happy most of the time so the front shows the smiling face with a hot pink mouth, nose, cheeks, and pointy ears with a mixture of light pink, soft blue and white to complete the rest of the body, face and important unicorn horn.   With a quick half turn you see red, gold, black, brown and white materials cut and sown to show the anger in her eyes, the raging flames, the important unicorn horn and fangs.

This costume is made to be comfortable for a 5 year old without paint on her face or a hat that makes her head itch.  The costume allows her arms to be tucked inside or she can place them through the holes so she can reach for candy. A draw string pulls it tight around her shoulders and snaps on the front and back allow the unikitty head to be removed but also gives it support when it is on her head.  Lightweight materials were used inside the head to make it feel nice and light when she is wearing it.  The open concept mouth allows her to see where she is going.  This works well when walking on stage or going trick or treating on Halloween Night!

We watched the movie several times, put together a plan, purchased the materials, including thread, snaps, and paint and started the hours of cutting and sewing.  The head was too heavy at first and it did have to be taken apart a couple of times to make it come together but overall it was a lot of fun to make, she enjoyed wearing it and she loved the attention that she received from so many people!  She is looking forward to Halloween Night! 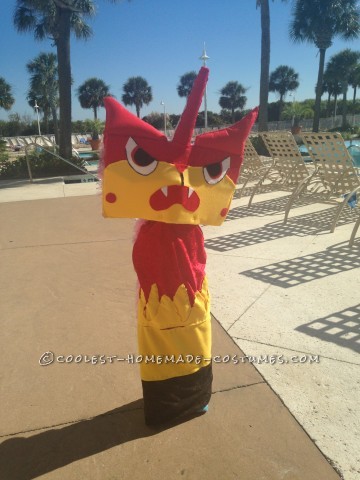 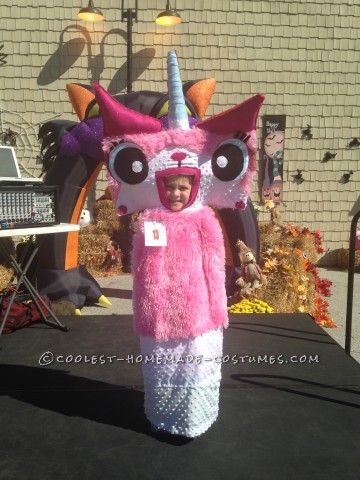 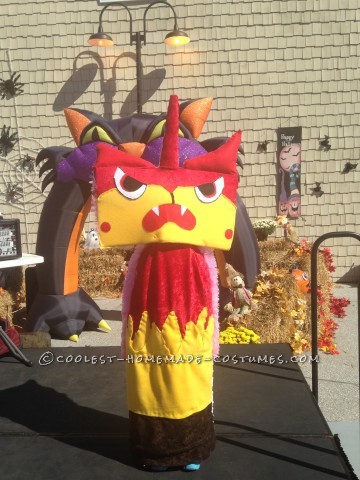