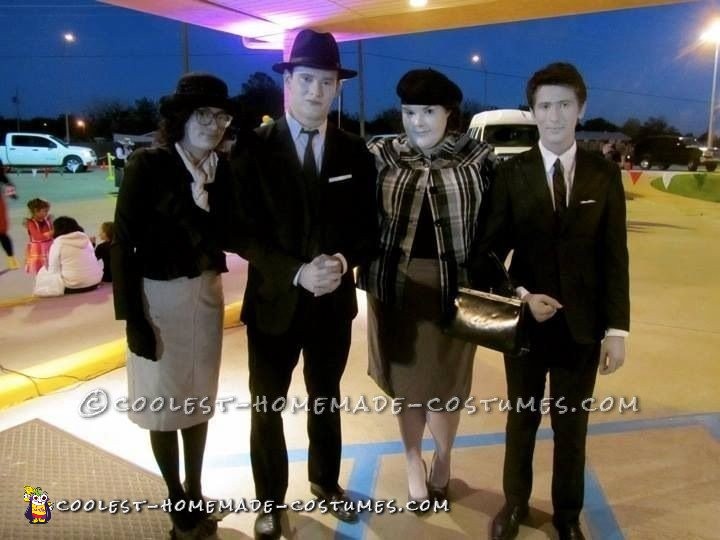 This was one of the easiest costumes that I’ve gotten to do. You need black and white clothing, (suits, shirts, ties, gloves, hats, shoes, dresses, hosiery, etc.). The most difficult part was applying the paint on the skin, with most of the body covered by clothes, however, there was little skin that needed to be painted. The girls wore gloves to negate the need to paint their hands and the majority of their arms while my buddy and I only had to paint our hands and a little of our wrists, along with all of our faces.

It took about thirty minutes to an hour to get the spread of the paint smooth and looking realistic. Using makeup sponges to spread the mixed black and white face paint really helped smooth things out. You can find the paint at any costume shop. The hair that was exposed was sprayed black with just black hair dye that is easily washed out, also can find at a costume shop. The rest of the illusion is set up by the black and white clothes. With the “how-to” section out of the way, allow me to set the scene: October 31st, 2013, at an event called Fall Blast, the four of us showed up and made numerous people look twice. The event is put on by our church as a Halloween alternative for children.

Anyway’s, the looks were endless, countless people looked and marveled at how everything around us was colored yet the four of us weren’t. From laughs to quickly turning heads to kids asking “Who are you?” to some hugs, surprisingly, people loved the illusion of the “straight out of the 1950s television set” look. At the end of the night, we got labeled as the most creative costumes of the night, and we were very satisfied with the outcome even though it took little effort.

P.S. The only problems that the guys (my buddy and I) experienced were we couldn’t really touch anything without marking our territory, it can mark your clothes, and it takes a while to get it off of your skin (about 30 minutes). It does wash out though. 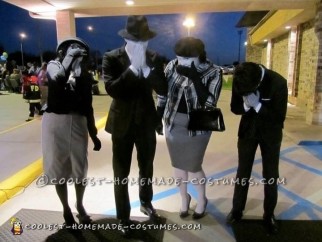 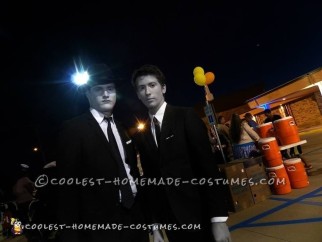