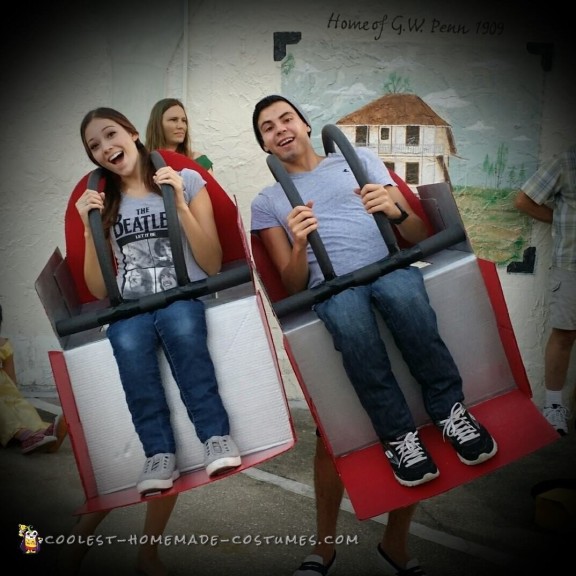 My boyfriend and I decided to create our costume this year and wanted to make something unique and awesome. We decided to transform ourselves into roller coasters! We started the costume in September and finished the last detail on Halloween morning. It took a bunch of work and dedication but it was so worth it. … Read more 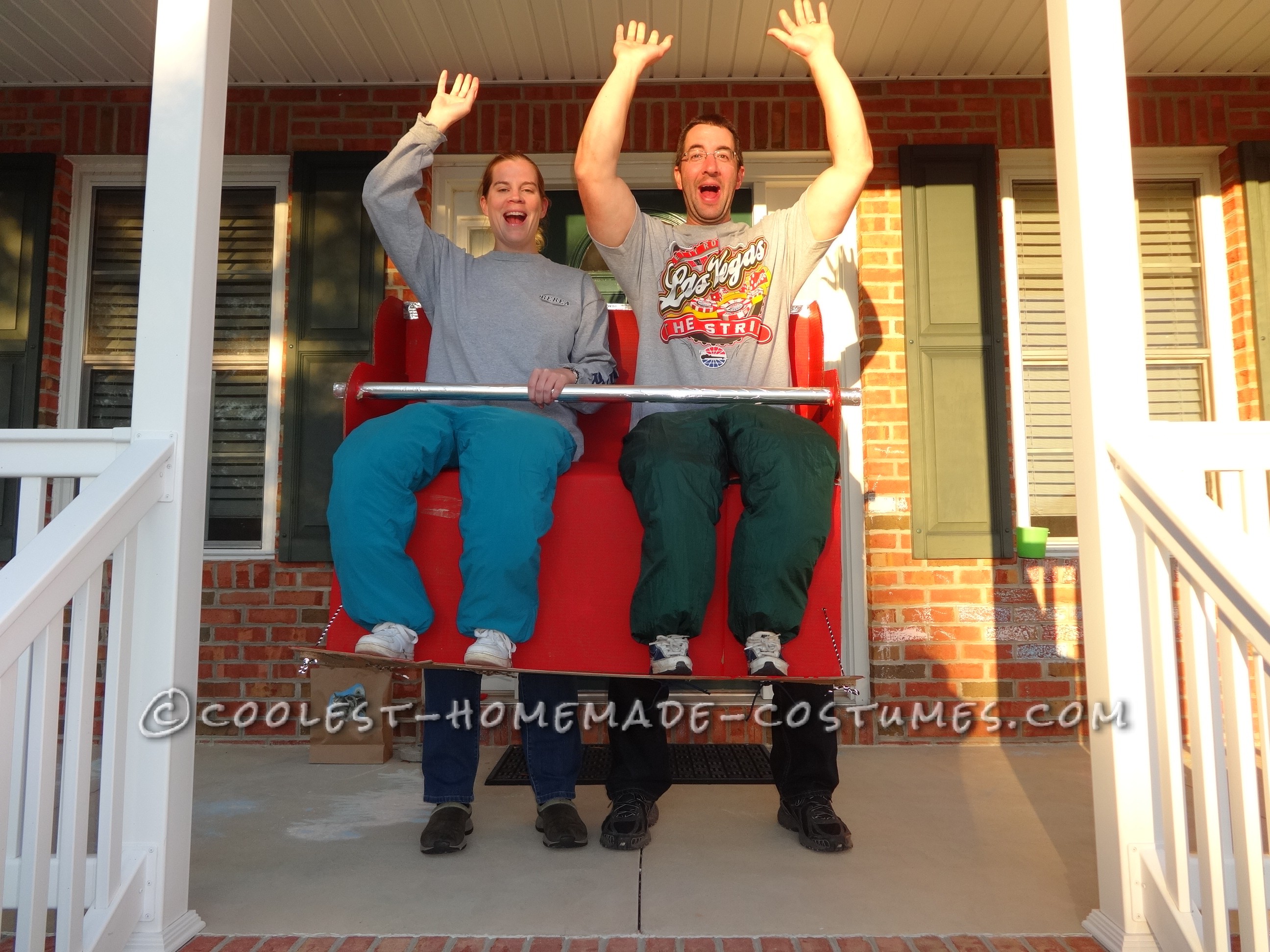 My husband and I saw this Roller Coaster costume mentioned on a website somewhere. I thought it sounded really clever and original, so we went for it. My husband ended up constructing it and his vision ending up being far better than I’d even imagined. He constructed the main “carnival ride” part of the costume … Read more 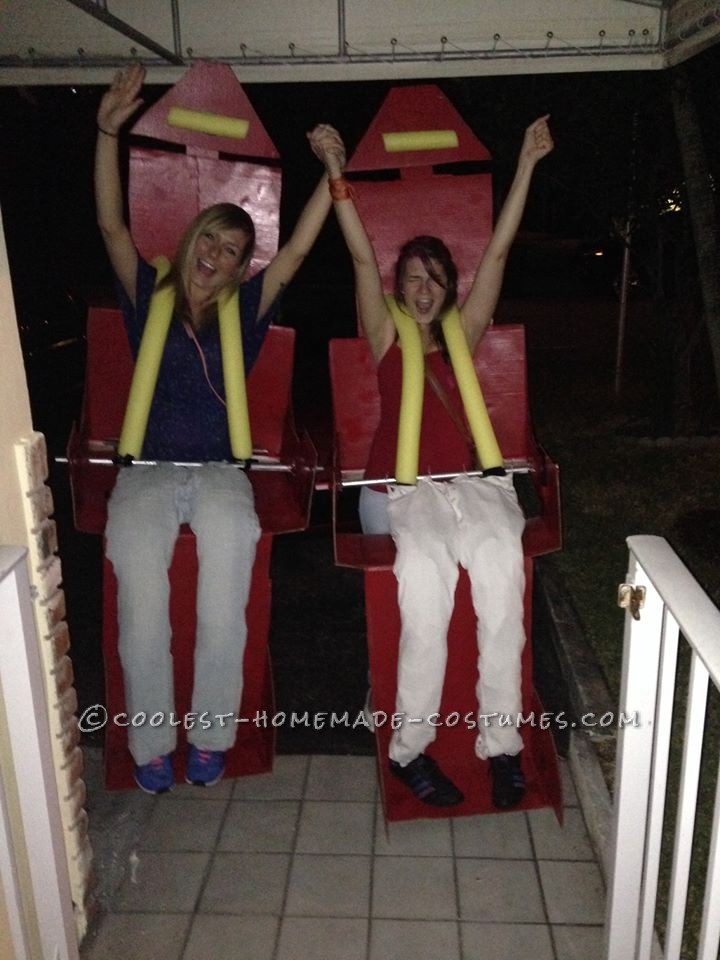 This costume was a hit! We made them out of cardboard boxes, duct tape, and some spray paint. We went downtown and I swear EVERY SINGLE PERSON asked to get their photo with us. It was hilarious. We had such a great time. I sent the photo to my mother and she asked which theme … Read more 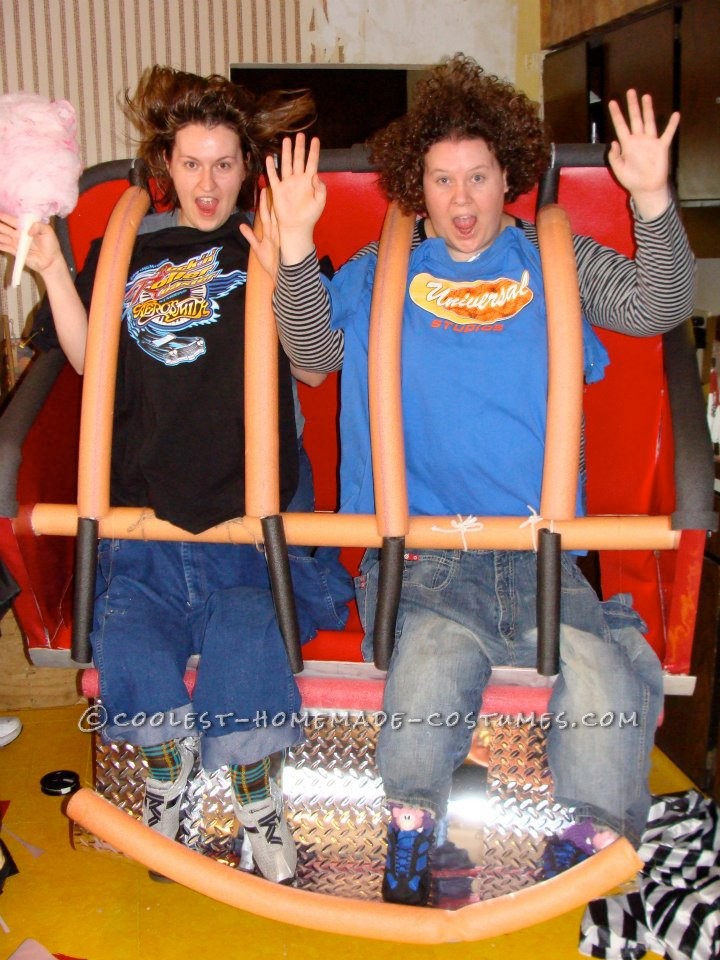 This roller coaster costume was one of my best yet! First, I went to a local theme park to take pictures of an actual child’s roller coaster so that I could have inspiration in approaching this costume. Then, I enlisted the help of an amazing friend, someone that I didn’t mind being side to side … Read more 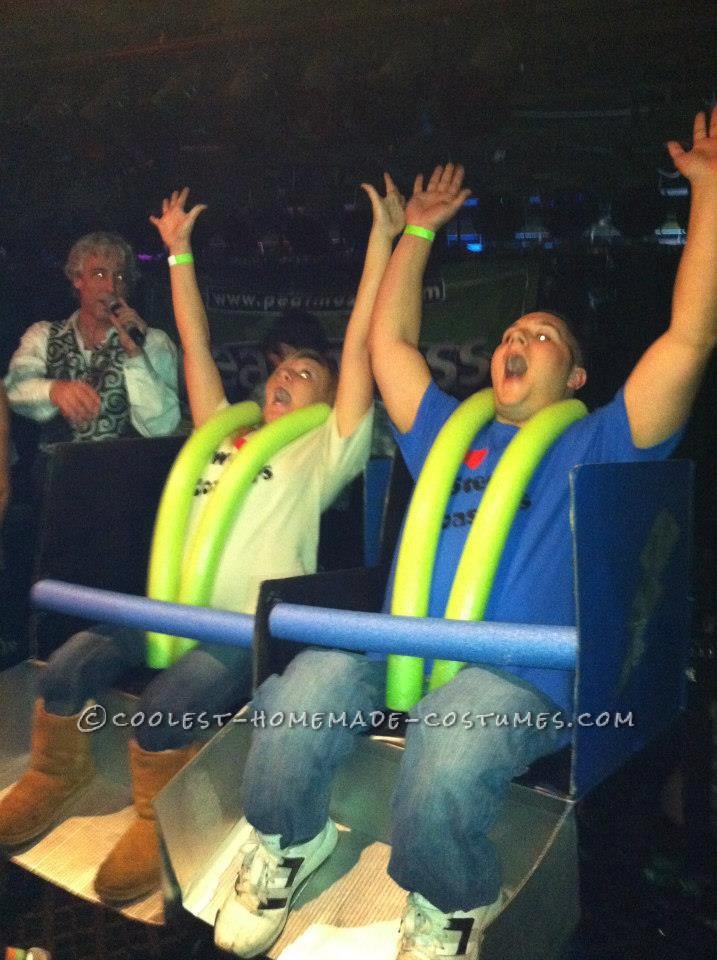 Relationships can often have their ups and downs just like your favorite roller coaster.  This being said, my boyfriend and I recently moved in together after dating for several years. I felt this was an appropriate time for our first couples costume!.  With budgets being tight right now, rather than spending $60 on a “sexy” costume five other … Read more 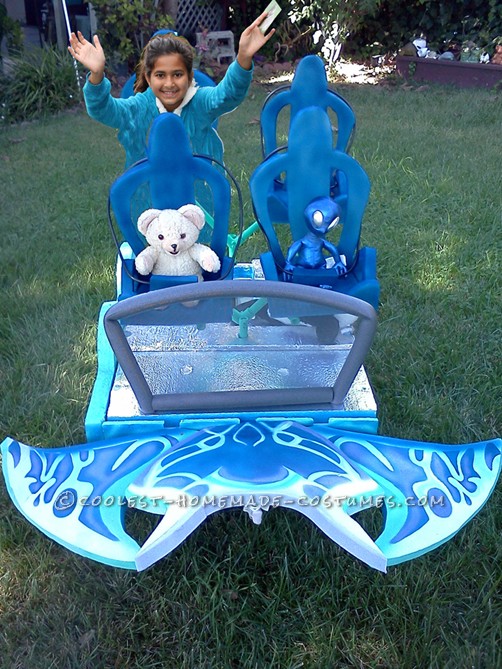 My idea for this SeaWorlds Manta roller coaster with cool water effect came from my friend’s daughter who loves SeaWorld in San Diego Ca. This was a new ride that just opened in May 2012. My friend’s daughter loved the ride so much I constructed replica of the ride. This costume was a hit at SeaWorld’s … Read more 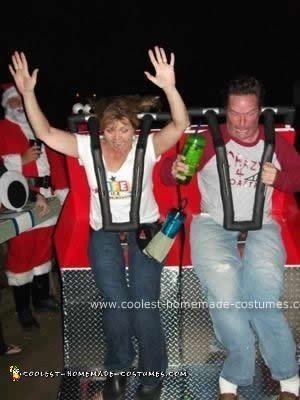 My brother, Brent always has the best Halloween costumes but I think he out did himself this year. He made a roller coaster ride for him and his wife Mary. And it was detachable so they didn’t have to stay attached all night long. 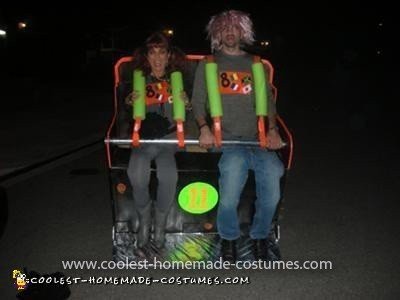 This Homemade Roller Coaster Costume is a very cool costume because it shows how your hair is spiked, and is a very unique and different costume. It was extremely hard to make, but was definitely worth it. It took me countless hours, and is totally handmade. It took me about one week, because it took … Read more 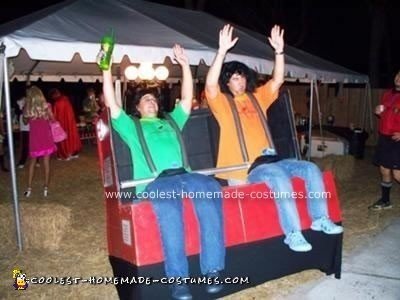 The Homemade Roller Coaster of Love Couple Costume was designed and built by Ruthie and Angel in Tampa, Florida. We built this coaster out of PV Pipe, lots of spray paint, card board, rope, fanny packs and lots of tie straps, fake legs stuffed with newspaper and don’t forget the crocs and the shirts that … Read more 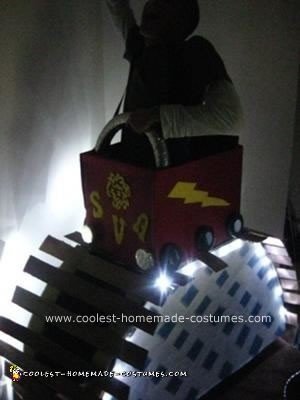 For my Halloween costume last year, I had the crazy idea to be a Homemade Roller Coaster Halloween Costume! But not just the cart but the entire track as well! So I got together a ton of cardboard and created the most ridiculous costume I could have ever dreamed of making. Standing up, the costume … Read more 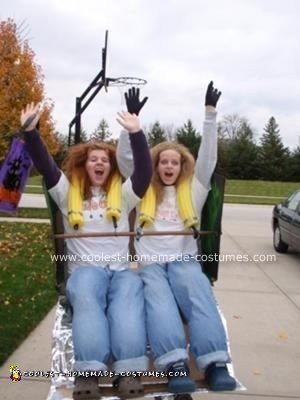 My friend and I both are big fans of amusement parks and, on our trip to Cedar Point in August, we decided that, for Halloween, we wanted to recreate a roller coaster cart and have ourselves being the passengers riding it! For this Roller Coaster costume we used: – a large box – Bungee cords … Read more 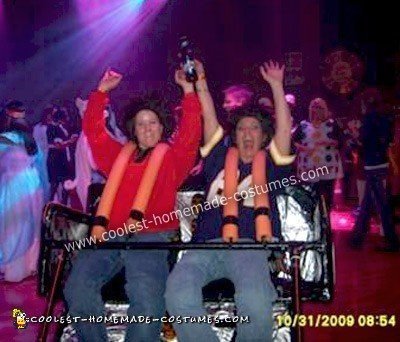 A lot of time and effort went into the process of this unique Homemade Scary Night Rollercoaster Costume. My sister and I watched the Halloween episode 2008 of Regis and Kelly and saw this costume and thought it was great and just had to make one of our own! We started the venture out by … Read more