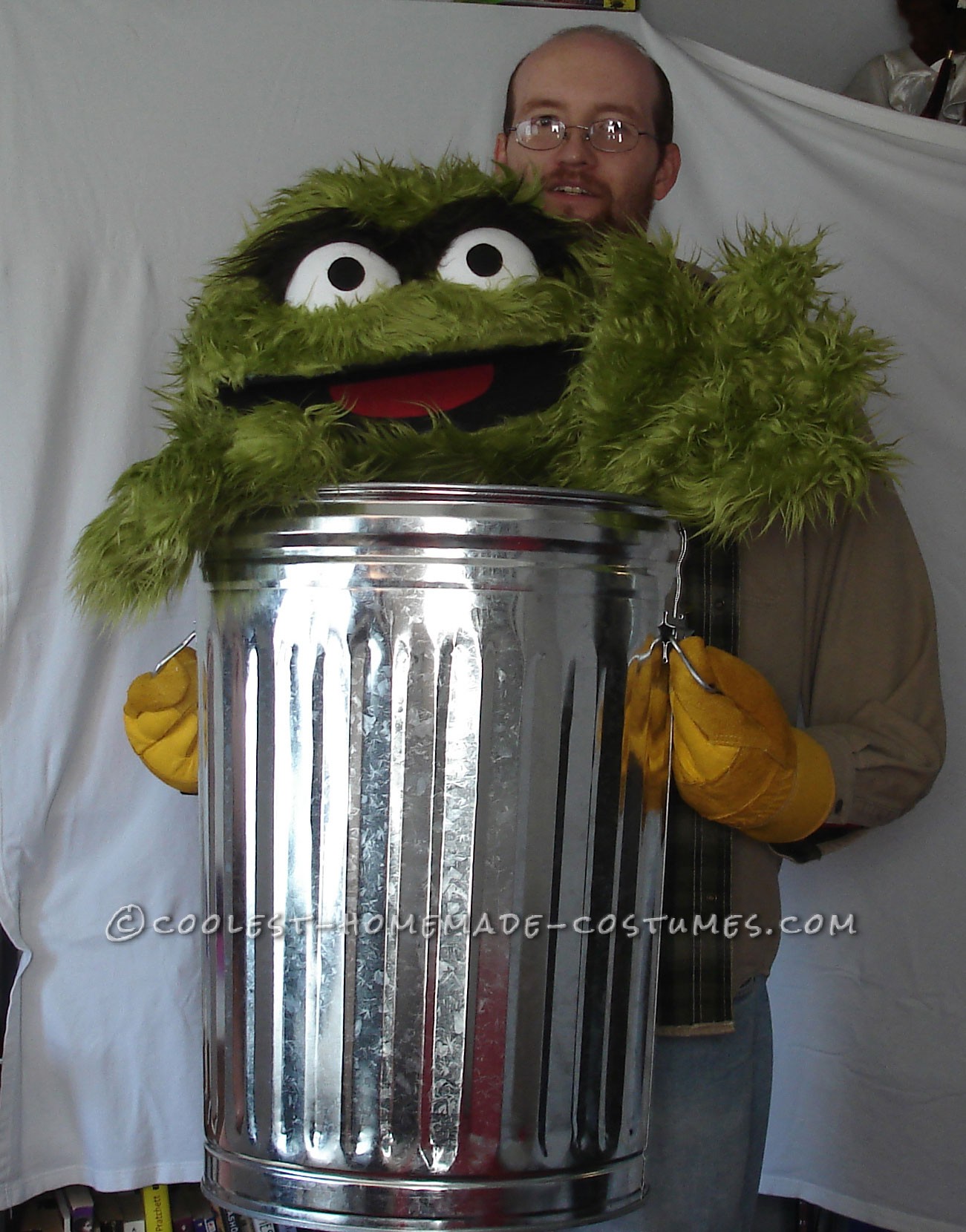 We came up with this original Oscar the Grouch homemade Halloween costume idea about a year ago, so it’s been a long process, with awesome results. The costume consists of Chris as Bruno the trash man and his arms working Oscar The Grouch. We tried to go for as realistic an Oscar as possible, hunting … Read more 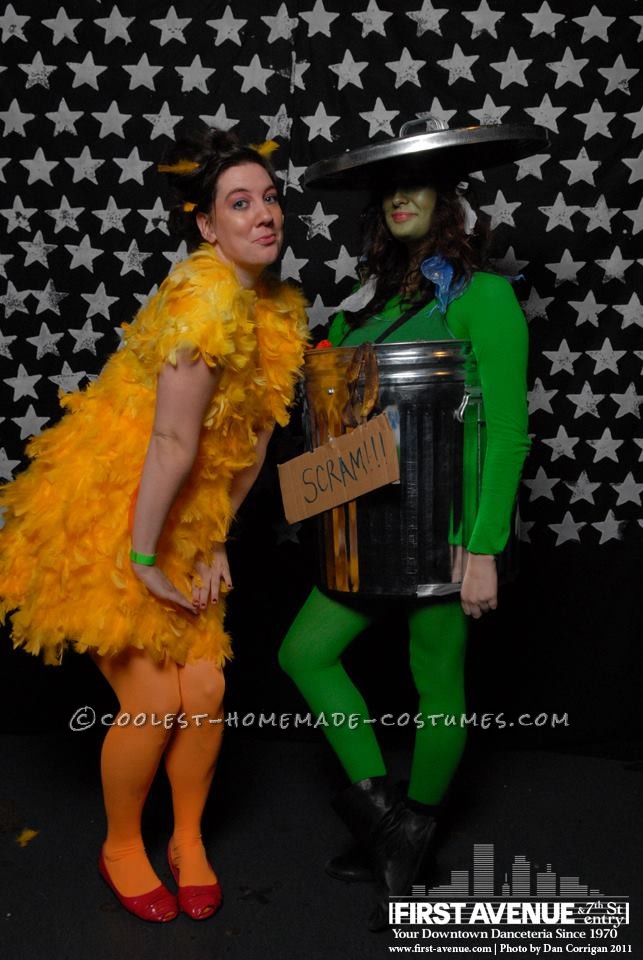 Oscar the Grouch: In order to create Oscar, I had to recruit a friend who was able to cut the bottom off of a metal trash can. He cut off the bottom, I drilled holes in each side and used a thick ribbon rope to create straps. I then coated the rough edges with duct … Read more

I spotted the perfect Oscar the grouch color blanket and set about making a costume. The head was made out of duct tape and wire, then I glue gunned the blanket fabric on. The top of Oscar was the remains of the blanket, and the can was two hoops and a silver table cloth that … Read more 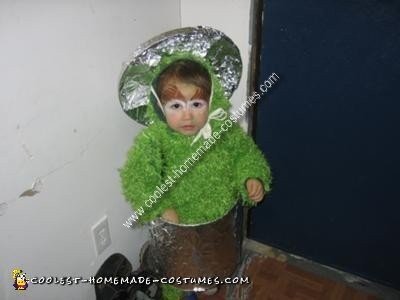 For this homemade Oscar the Grouch child costume, we used a fluffy green scarf (it was very cheap scarf we got at the dollar store) and pinned it along a green long sleeved shirt and green jump suit. We used foil around a sonotube and foiled a plastic lid to cover Oscar’s garbage can. Then … Read more 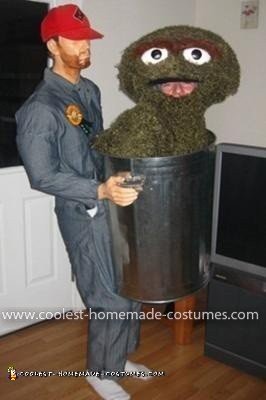 Broke my leg and had a lot of time on my hands. Building this Homemade Oscar the Grouch Costume was my hobby for the better part of a month. I’ve seen other Oscar costumes with Oscar’s feet poking out the bottom of the trash can. Everyone knows that Oscar can’t move his own garbage can. … Read more 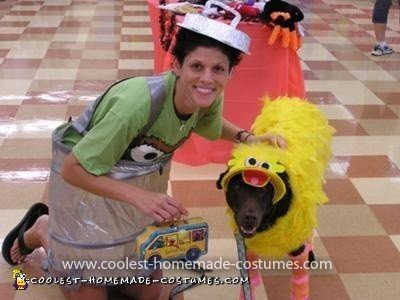 I got the idea to have my Labrador Retriever be Big Bird because Labs are “bird dogs”. It was a play on words that she be BIG BIRD DOG. I dressed up as Oscar the Grouch. I got my supplies from Joanne fabrics and the Dollar Tree. For my costume I only had to purchase … Read more 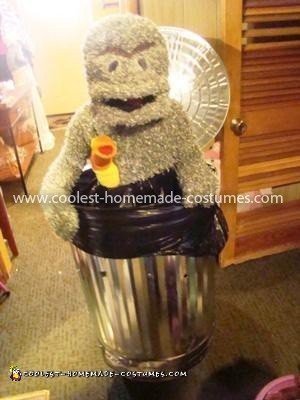 Every year we try to do a family theme for our Halloween. This year we decided to do Sesame Street. My 2 year old and 1 year old were easy, we bought Elmo and Cookie Monster on Craigslist, and they were all set. But my 8 year old wanted to be included, so he said … Read more 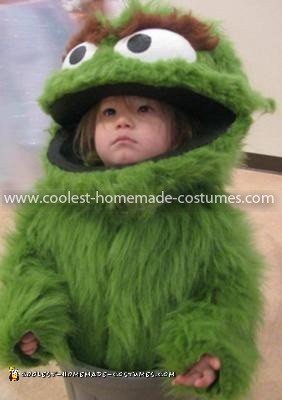 My two-year-old daughter decided to be Oscar the Grouch for Halloween 2011. The costume includes the head (like a helmet), a jacket, and the garbage can. The most difficult part of making the Oscar the Grouch Child Costume was finding the proper fur for Oscar. The fabric stores didn’t have the right colour or shagginess, … Read more 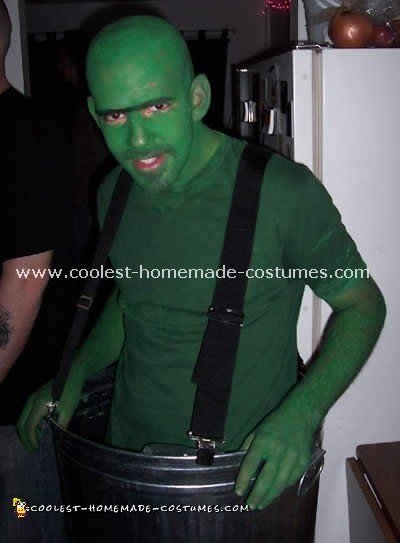 This Sesame Street costume was by far the best idea I ever had for a costume. I pride myself on having the best costume every Halloween the last few years and this one was the best I’ve done. I despise going into Halloween costume shops and do everything in my power to avoid it by … Read more 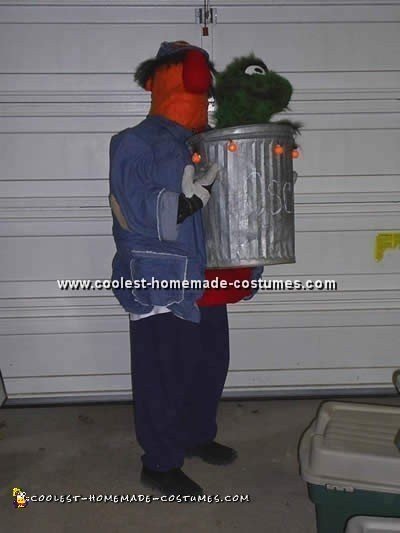 I made this Bruno the Trashman and Oscar costume out of chicken wire for the frame. Then I used lots and lots of glue sticks and material. I really enjoy making these costumes. I really like how I made Oscar as the puppet and you could puppeteer him. The back of the garbage can was … Read more 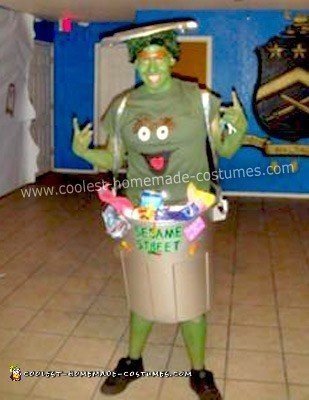 I made this Homemade Oscar the Grouch Costume actually the day of Halloween! I came up with the idea when my teacher offered 10 extra credit points for anyone who comes into class in a costume. I decided to stand in a trash can and say I’m Oscar the grouch, so I thought to myself … Read more