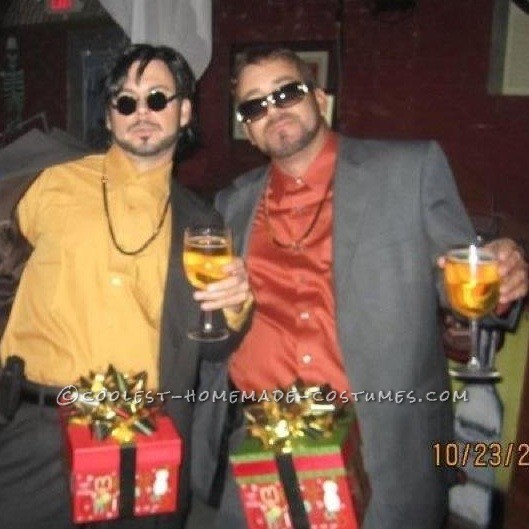 Me and a friend decided to do one of the best and funniest skits Saturday Night Live ever had. Took forever to find the right color shirts, sunglasses and wigs. Every costume we do we try to implement a wig. Couldn’t find a wig even close to Justin Timberlake so I had to cut and … Read more 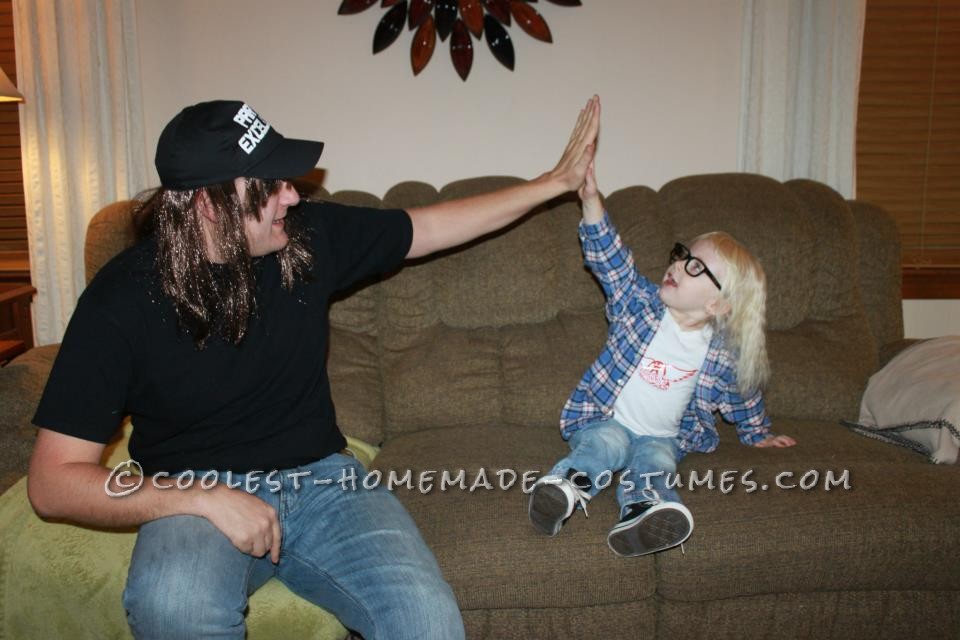 When trying to come up with a costume for my daughter this year I knew that I wanted something cool and funny, but also something myself or my husband could join in on. Then it came to me.  Waynes World!  Wayne and Garth.  She basically already had the hair for Garth as you can see … Read more 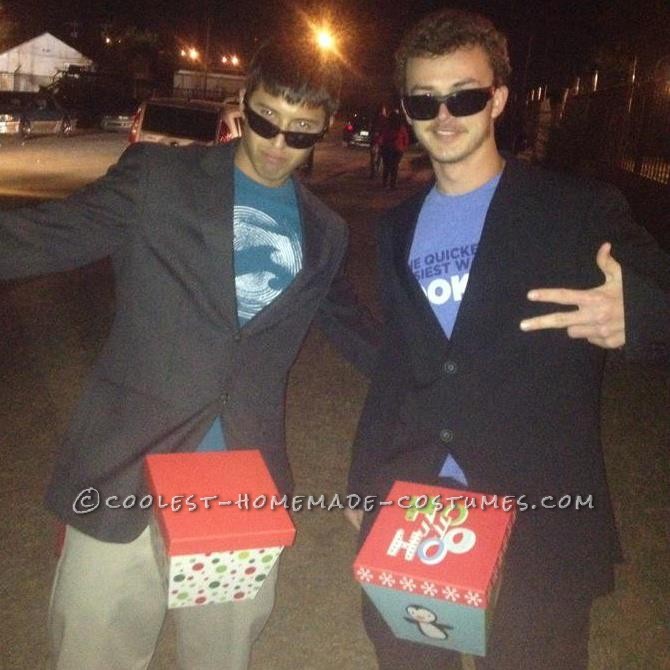 I cut a hole in a box, put a belt through that hole and attached it to my pants. I also put candy inside the box for added effect. The suit part I already had. Its a pretty simple, easy and fun costume. Its important that, to make the box fit right, your pants might … Read more 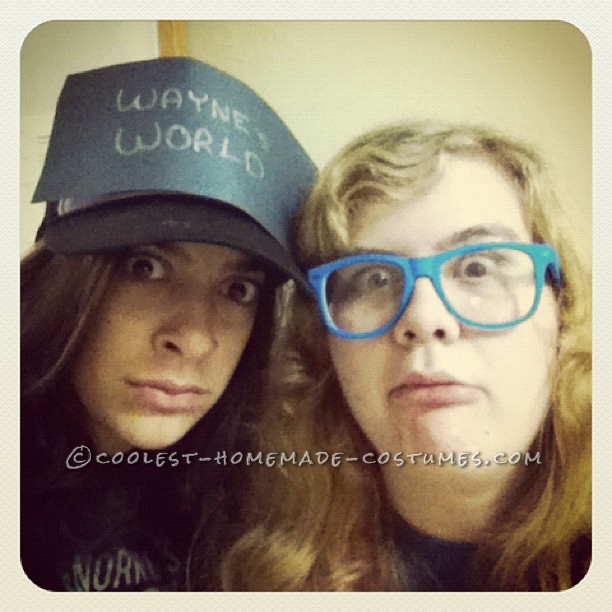 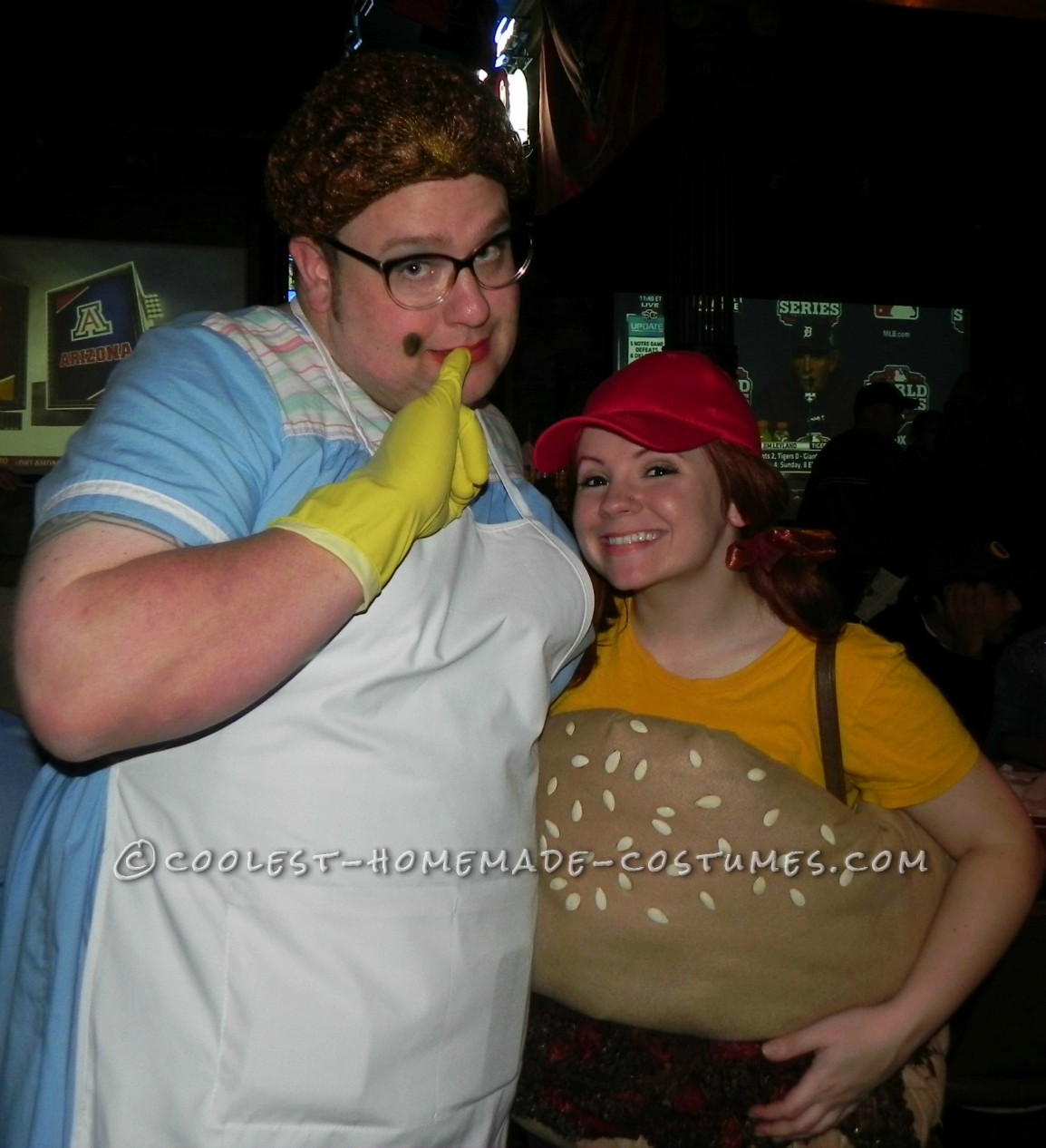 I had seen online that a few couples had done the SNL Lunch Lady Land costumes, but wasn’t impressed with any of them, really. Plus, I wanted to look like an actual sloppy Joe.  Everything about the Lunch Lady costume was either thrift or something we already had on hand (I even made the mole out … Read more 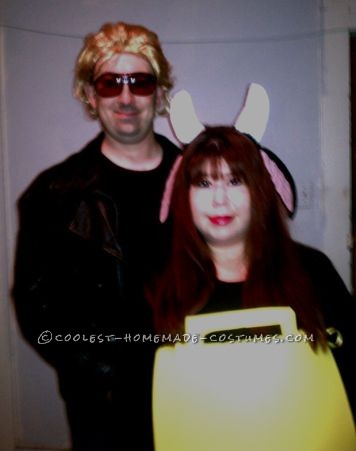 We love that Saturday Night Live skit with Christopher Walken wanting more cowbell in the recording studio and thought it would be a cheap and easy couple’s costume. The wig wasn’t quite right, but it was okay. His costume was really just cheap $1 glasses from Dollar Tree, wig, black t-shirt and leather jacket. My … Read more 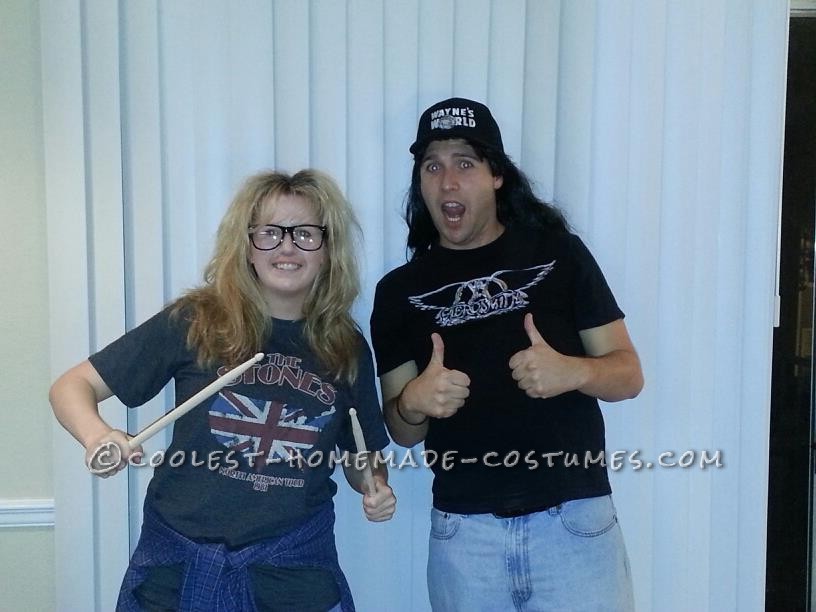 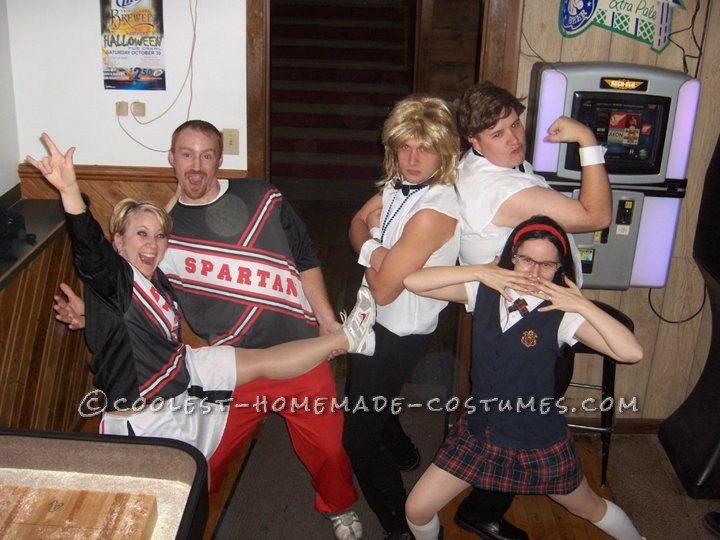 We went as cast members from Saturday night live. The Mary Catherine Gallagher and Chippendale Dancer costumes are homemade. Shopping thrift stores for the Mary costume, craft store to get the patch for the vest. Chippendale dancer shirts were purchased at Hobby Lobby as “tuxedo shirts”, cutting the sleeves off but leaving the cuffs is … Read more 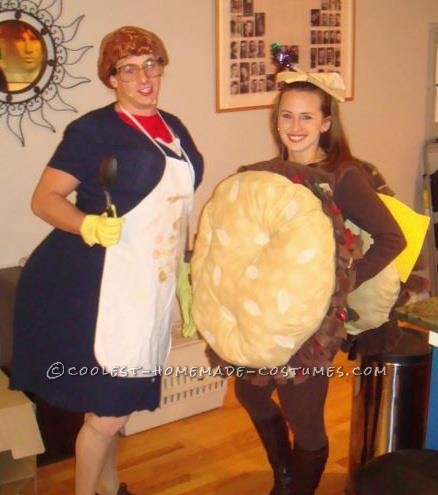 Inspired from the SNL Skit! Homemade Sloppy Joe Costume: We found 2 circular cushions at Joann fabrics. We were also lucky enough to find that yellow fabric with brown splotches, which looks like a toasted bun (we initially planned to just use yellow and lightly spray paint it with brown but the fabric we can across … Read more 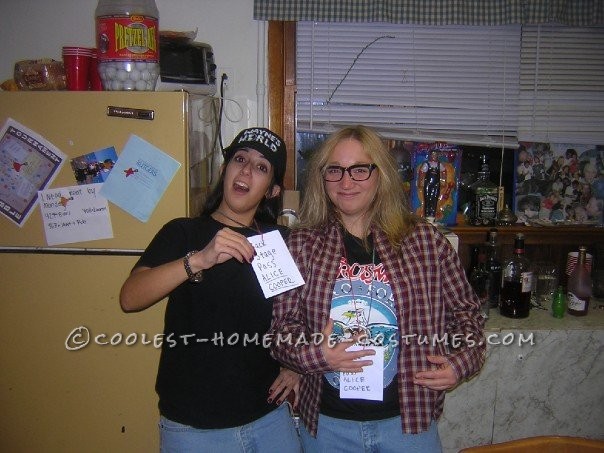 We went all out to create the most authentic Wayne and Garth Couple Costume from Wayne’s World. We bought reverse-fit jeans from Walmart (tighter around the ankle, loose and relaxed fit through the hip and thigh). Wayne’s hat is HAND made with white-out. Garth’s sporting a killer Aerosmith t shirt that we scored after the … Read more 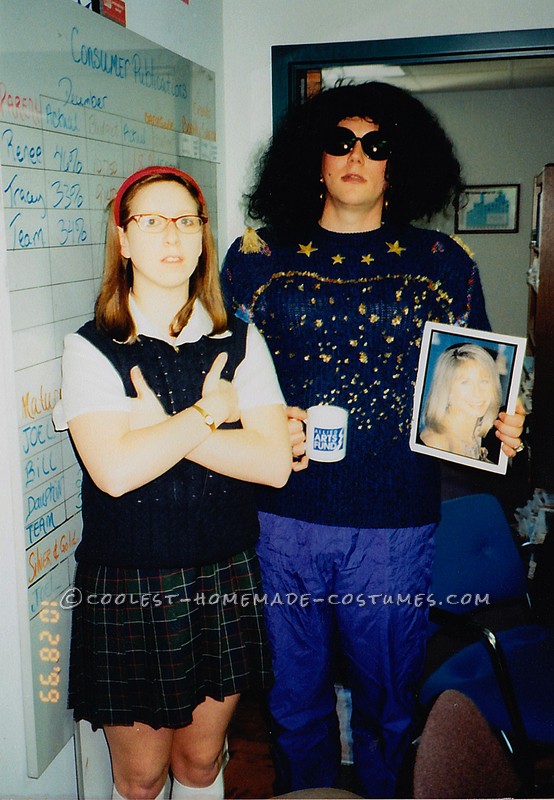 My boss and I dressed up as Saturday Night Live characters for Halloween one year. I was Mary Kathern Gallagher and he was the Coffee Talk lady. My costume was the easy part (went to Goodwill and got a short plaid skirt, white knee socks, blue sweater vest and white collared shirt). I also managed … Read more 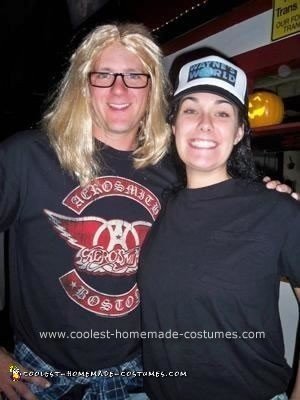