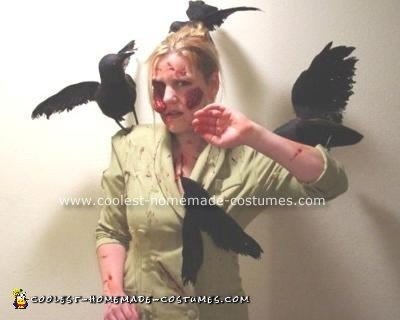 I wanted to make a unique costume that people would recognize, but would stand out from the crowd. I love Alfred Hitchcock so Tippy from “The Birds” was an easy pick. I took a vintage suit from Goodwill, sliced it up, and added coagulated blood for effect. I used a prosthetic eye, to make it … Read more 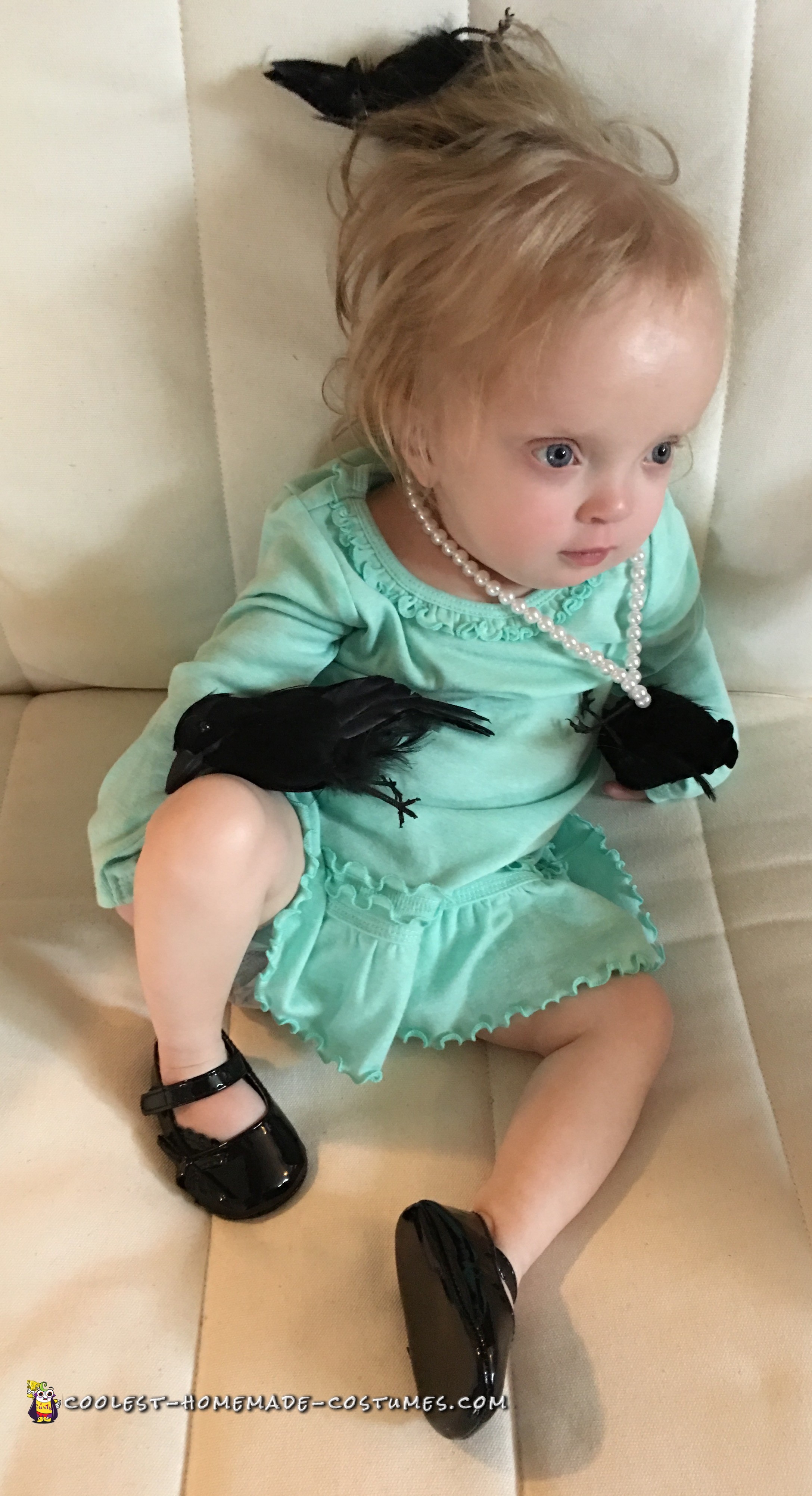 This year, I dressed my three year old (I promise, she’s three!) as Tippi Hedren from Alfred Hitchcock’s “The Birds.”  We always try to do something creative and have been told this is the best costume ever by many family/friends.  It was very simple and turned out extra cute! 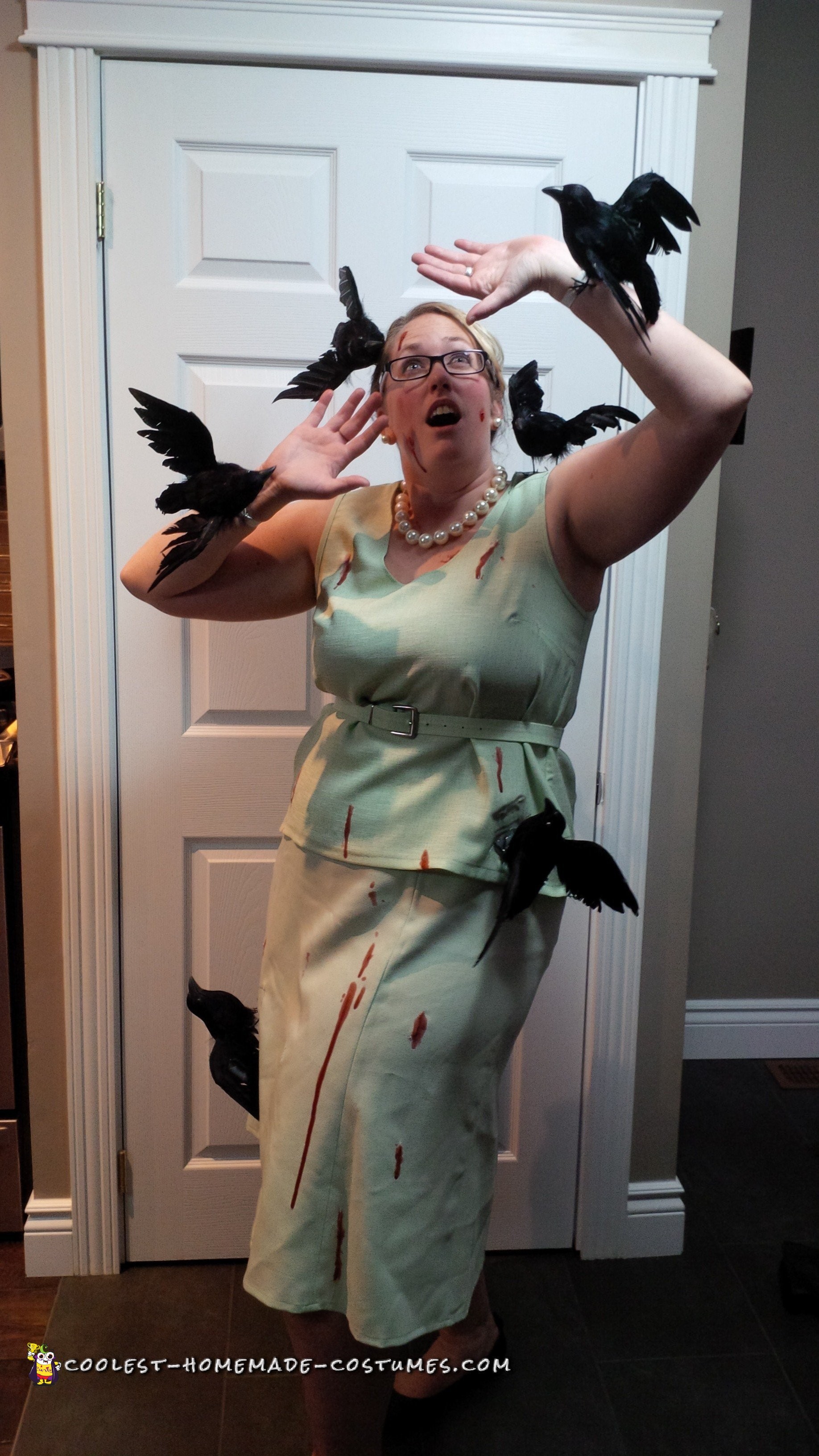 I had thought about this costume for Halloween for a couple years before doing it.  I like doing scary costumes for halloween, I also like doing recognizable costumes.  My friend and I usually dress up together and she wanted to be a crow, I thought it was the perfect opportunity to do the Tipi Hedron … Read more

I wanted to recreate Tippi Hedron’s character from Alford Hitchcock’s movie The Birds. I found an old skirt suite at a thrift store for about $10 and wore a white t-shirt with it. I wanted the suite to look like the birds had ripped holes in it, so I added some tears and blood and … Read more 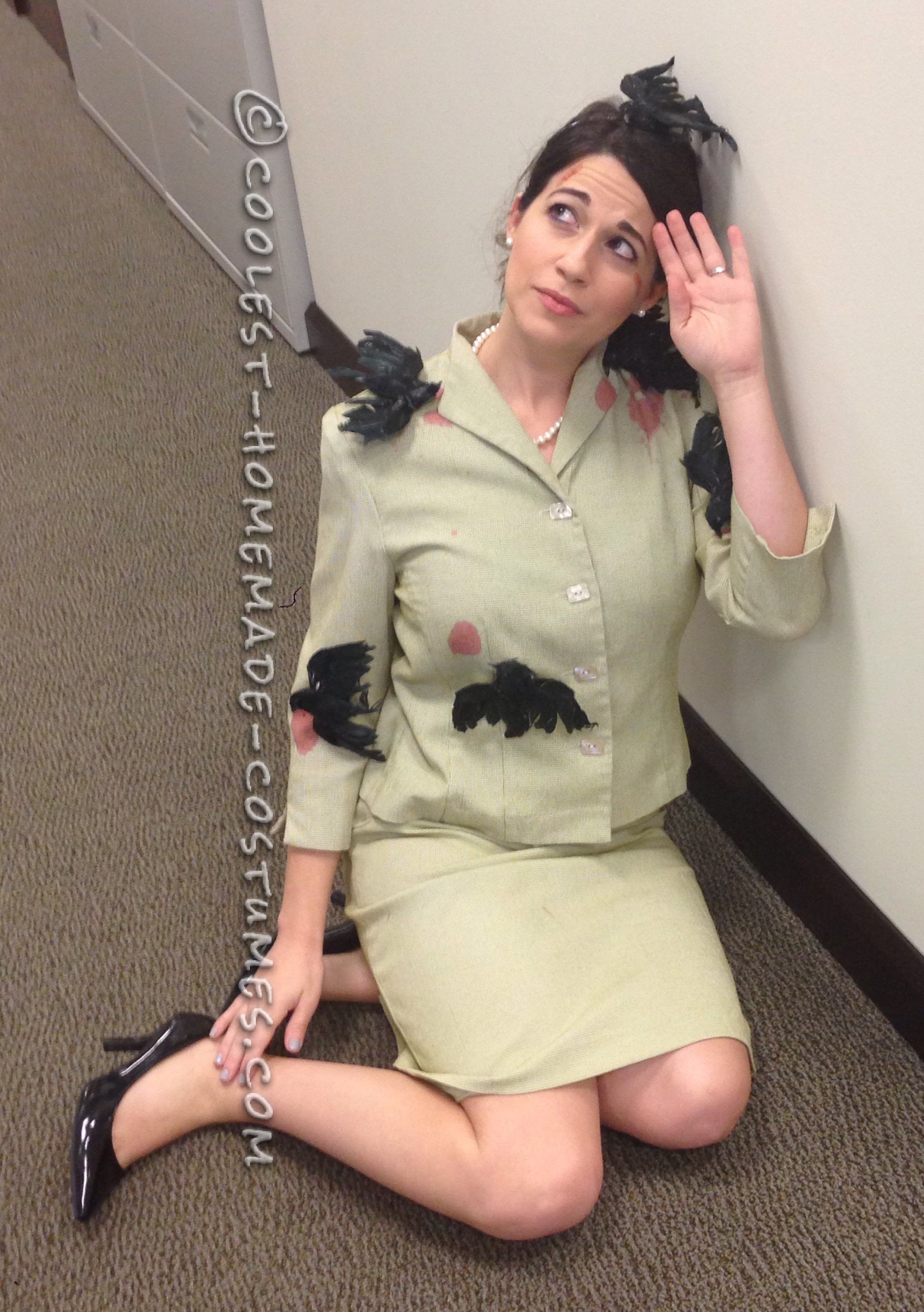 My Halloween costume this year was inspired by the suspense horror film The Birds directed by Alfred Hitchcock in the 1960s. I found the suit at my local Goodwill for $5.99. It wasn’t the color I needed so I purchased green apple fabric dye from Walmart and dyed it to more closely replicate Tippy Hedren’s suit … Read more 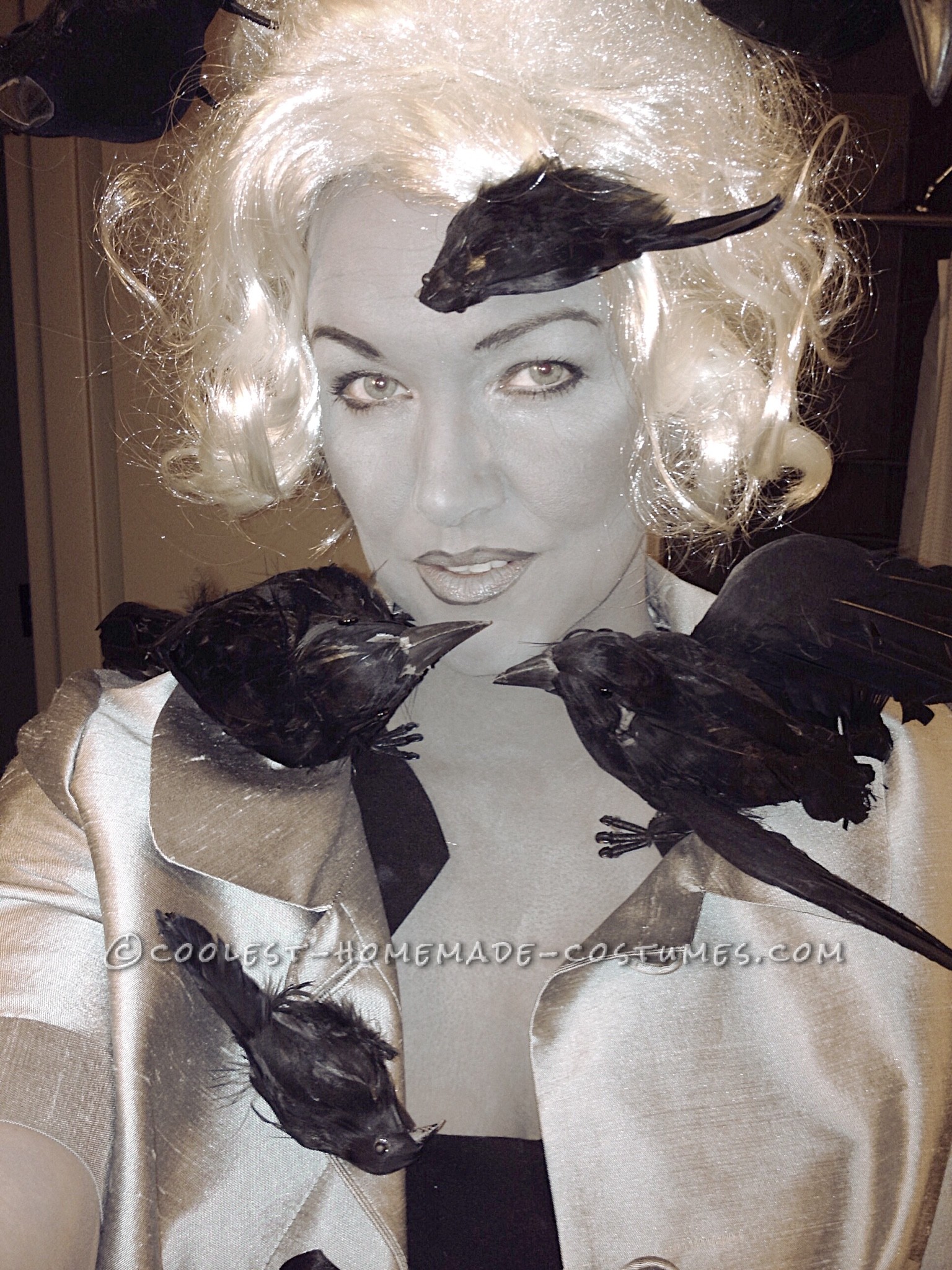 The idea for my costume this year started with looking on Pinterest. I noticed some grayscale costumes, and thought “how neat”, they look like they came right out of a black and white movie! I started to think about some of my favorite old horror flicks and Alfred Hitchcock films came to mind. I decided … Read more 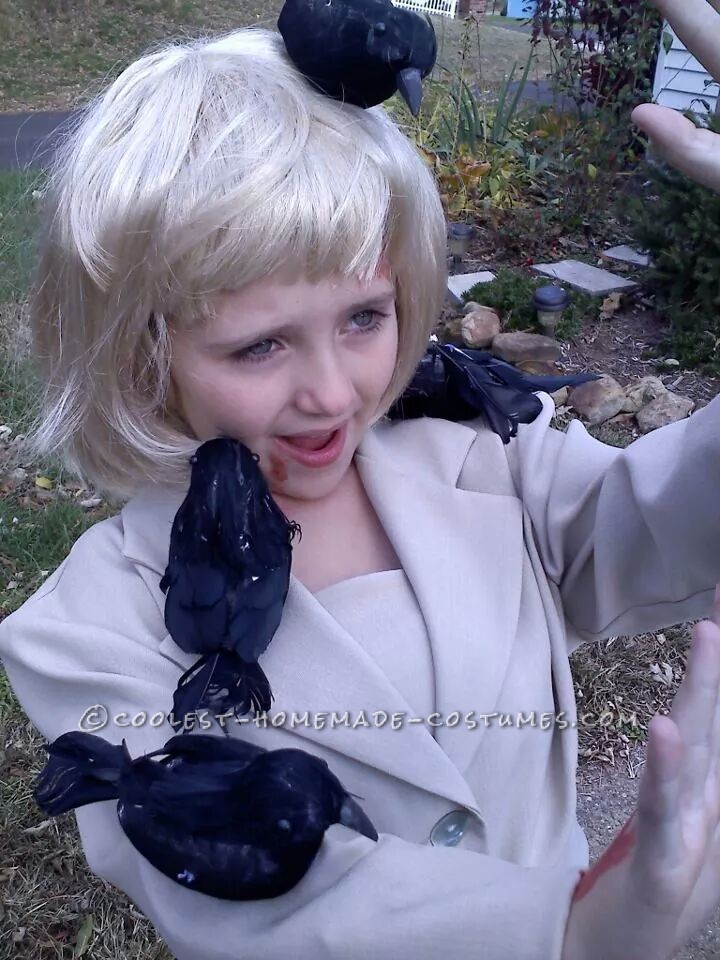 I’m always looking for unique costume ideas for my kids because the thought of the same old plastic, cheaply made store bought ones give me the willies. So when my daughter wanted to be something scary but not too terrifying I went for one of the characters for the movie “The Birds”. This costume cost … Read more 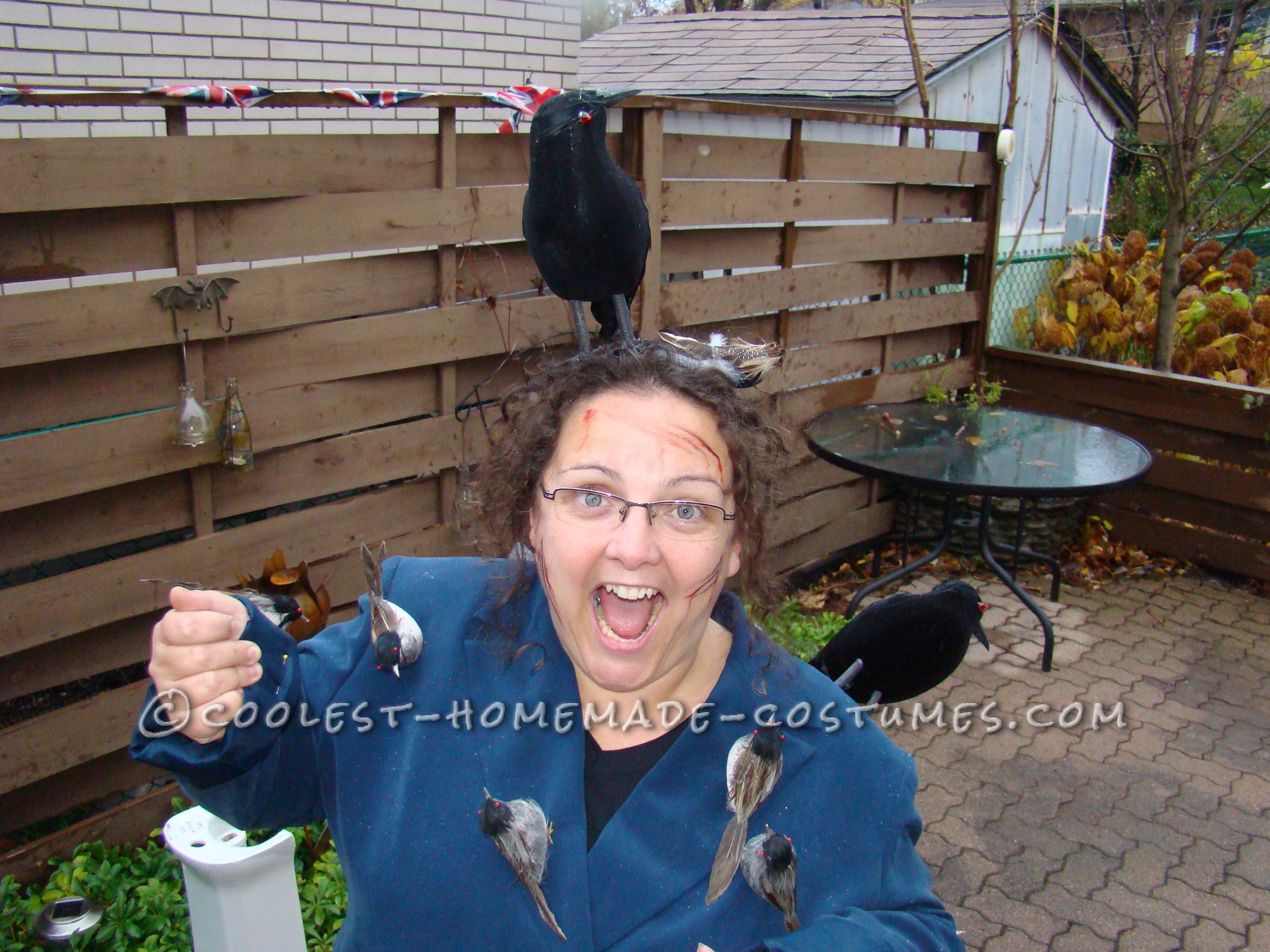 For this “The Birds” costume, I used a blue suite was bought from the thrift store, assorted birds were bought from the dollar store. The birds were sewn individually onto the suit, they were rearranged carefully as I had to sit at work.  I removed the birds eyes and replaced with red pins for an … Read more 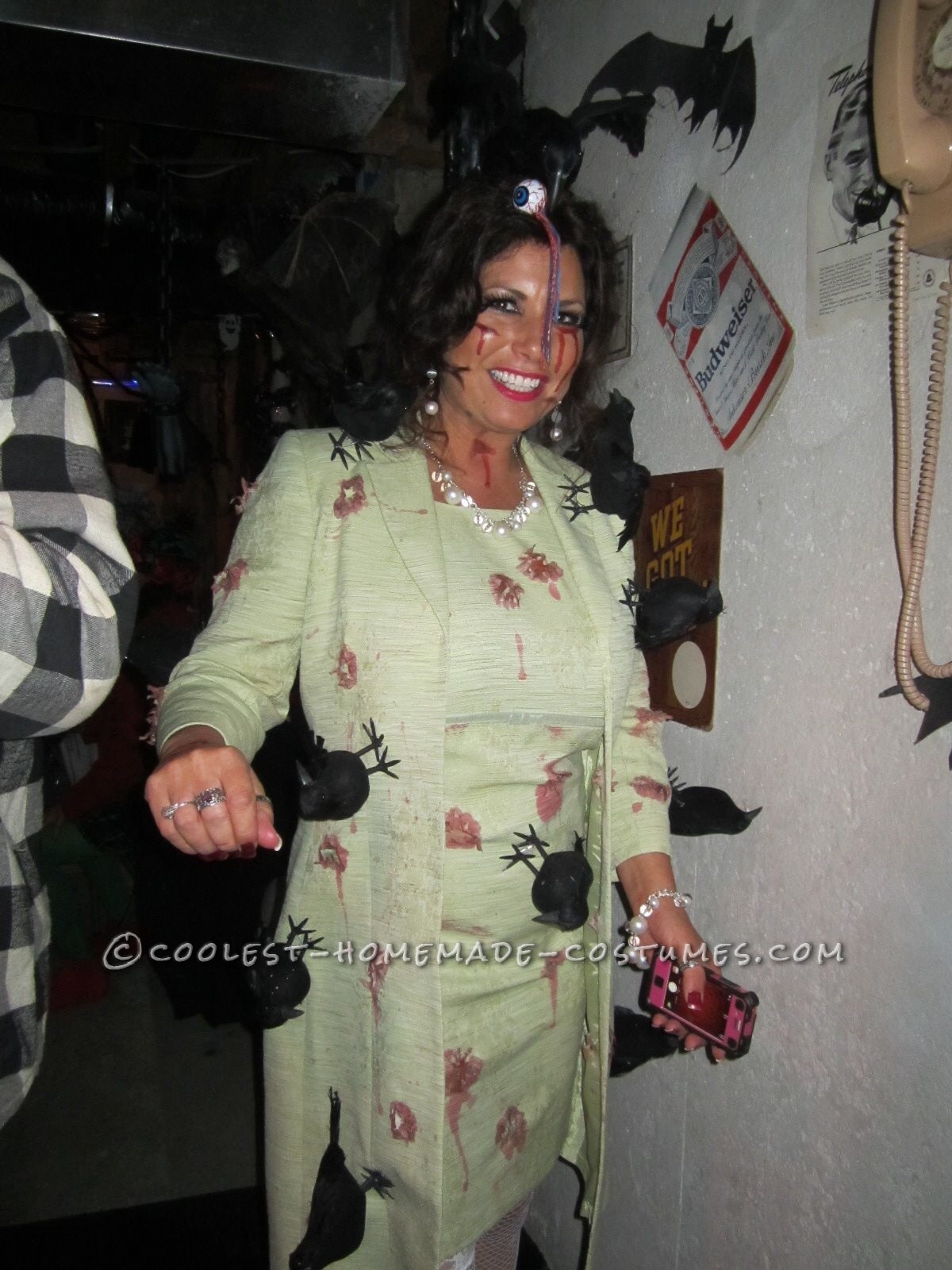 Went to a resale shop with absolutely no costume idea. Came across this early 60’s  “Tippy Hedren” looking dress & there it was! THE BIRDS!! I headed to the dollar store and picked up a bunch of crows. Then I found a big crow on a headband’ glued a plastic eyeball in its beak and … Read more 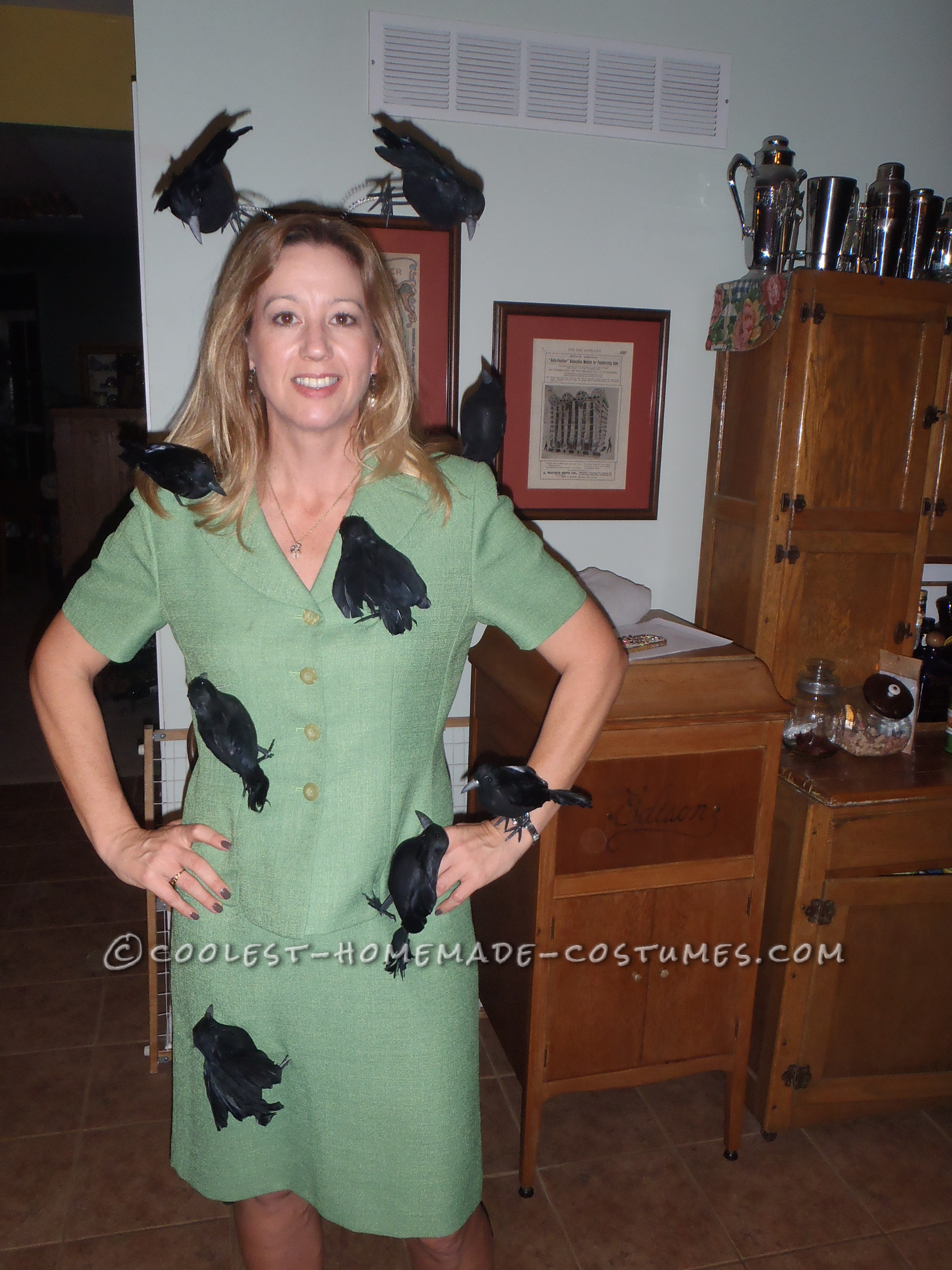 I was invited to a Halloween party with a Cheesy Horror Movies theme. I couldn’t come up with an original idea, so I turned to Google to search old horror movies. When I saw Alfred Hiitchcock’s movie The Birds, I knew I had found my costume. Especially since my nickname is Bird! The trick was … Read more 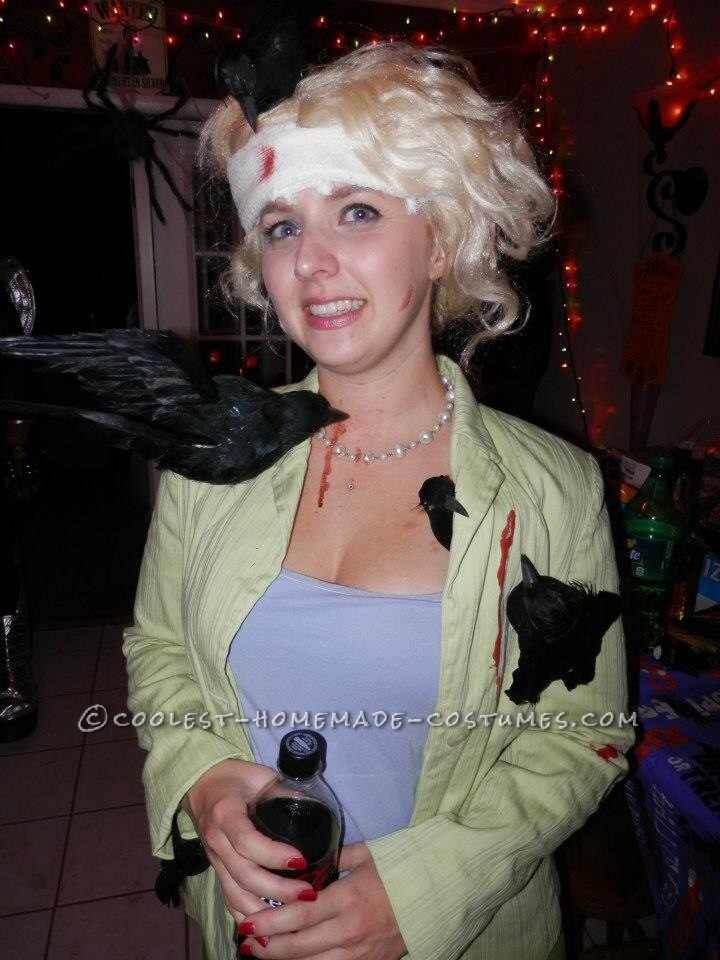 I won first place in this costume last year at our annual Halloween party.  This was super easy, comfortable, and cheap. I already owned the tank top and shoes. I bought the dress suit for less than $5 at Goodwill. I bought all the birds, except for the larger bird on my shoulder at the Dollar … Read more 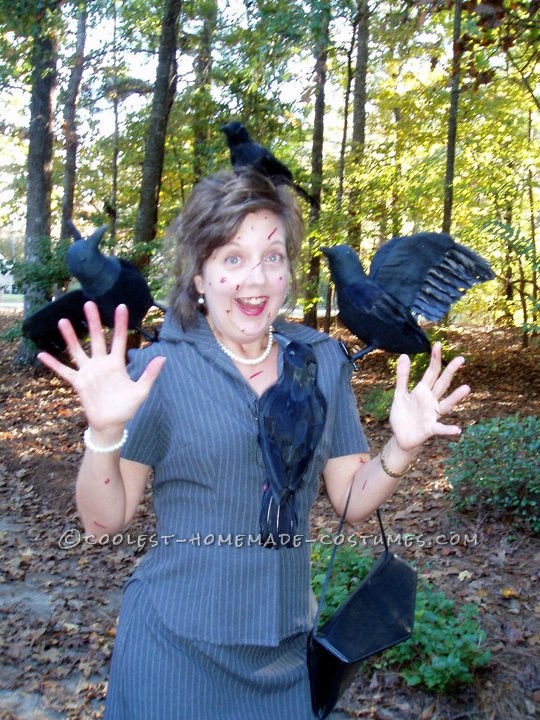 I like classic, scary Halloween costumes, but was bored with the usual.  For this costume, I started at a second-hand thrift store and found the skirt suit and purse for about $15.  I went to Michael’s craft shop and bought the crows with a 50% off coupon.  I already had costume pearls and black pumps.  The scratches and … Read more