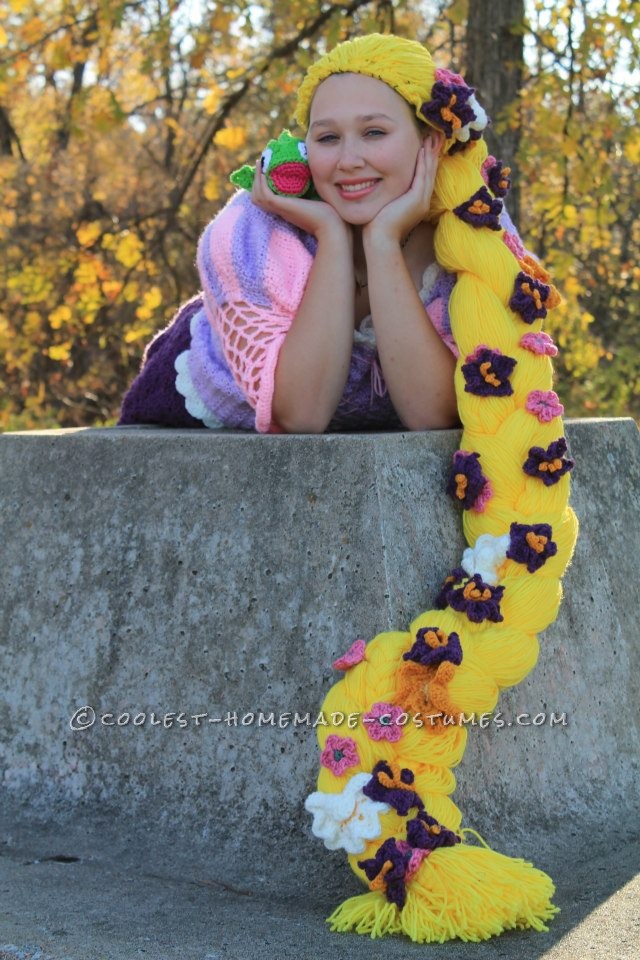 I really love to crochet, and I also love to wear costumes, so for Halloween 2012 I decided I wanted to crochet my entire costume. Since I’m a big Disney fan, and Rapunzel is my favorite princess, (and also because the wig sounded fun!) I decided she would be my character this year. I had … Read more 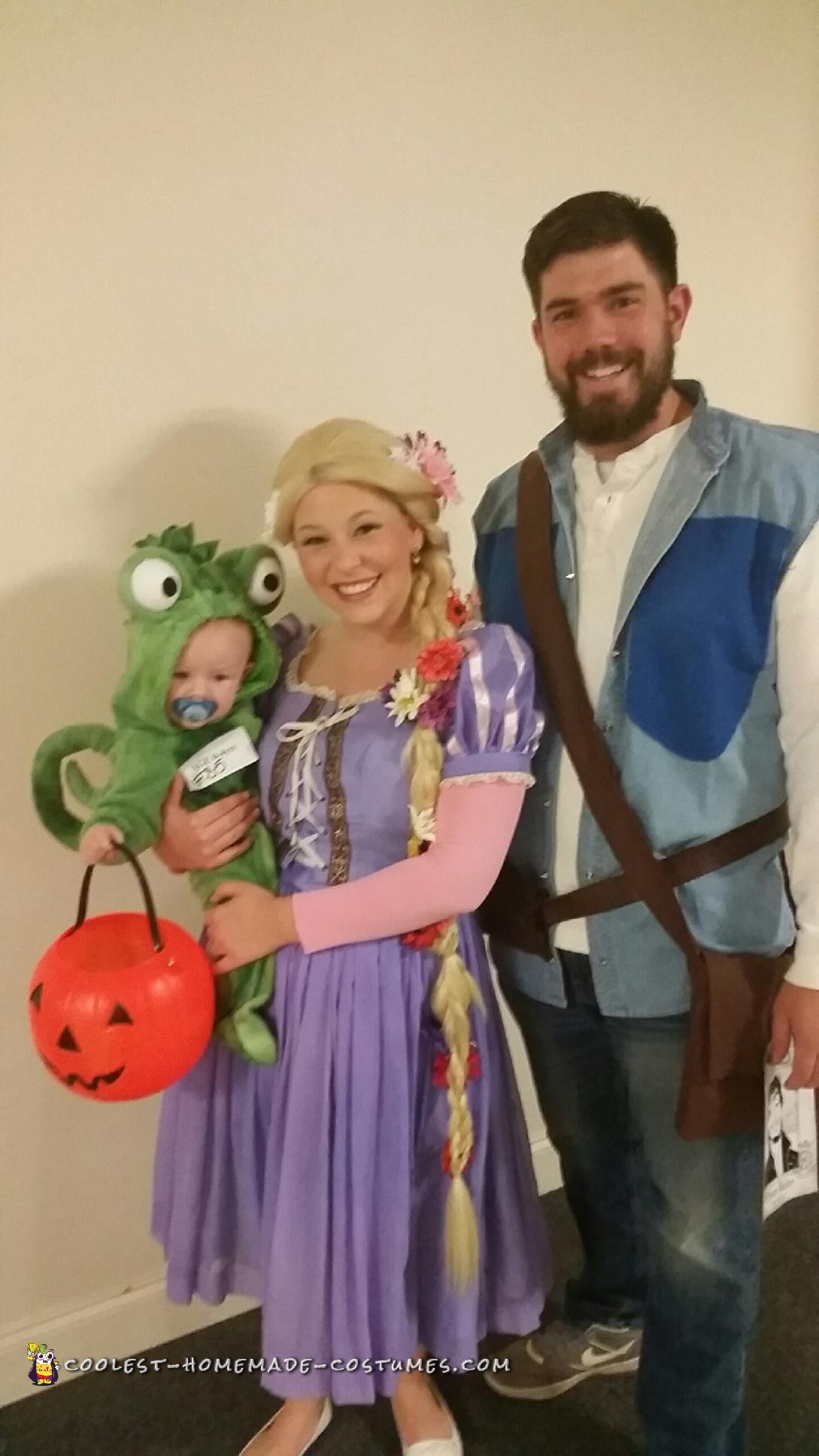 The blood, sweat, and tears of recreating “tangled”… As an avid Disney fan, it was a no brainier LAST Halloween when we found out we were having a little boy, (after a long journey of trying to have a child, which is another blood, sweat and tears story in its own regard) that we would … Read more 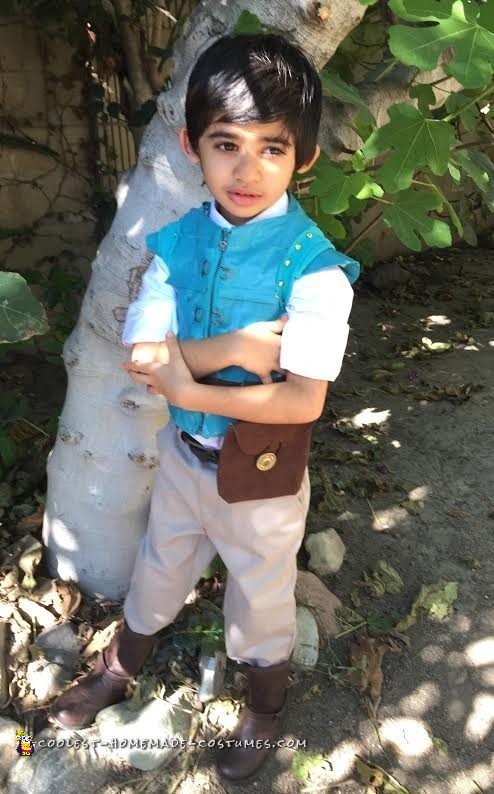 At last I saw the light and decided to make a Flynn Rider costume for my little boy this year! He loves Tangled & requested to be Flynn. For his costume, I already had most of the basic elements on hand – namely, the white shirt, khaki pants, brown belt & a teal vest (totally … Read more 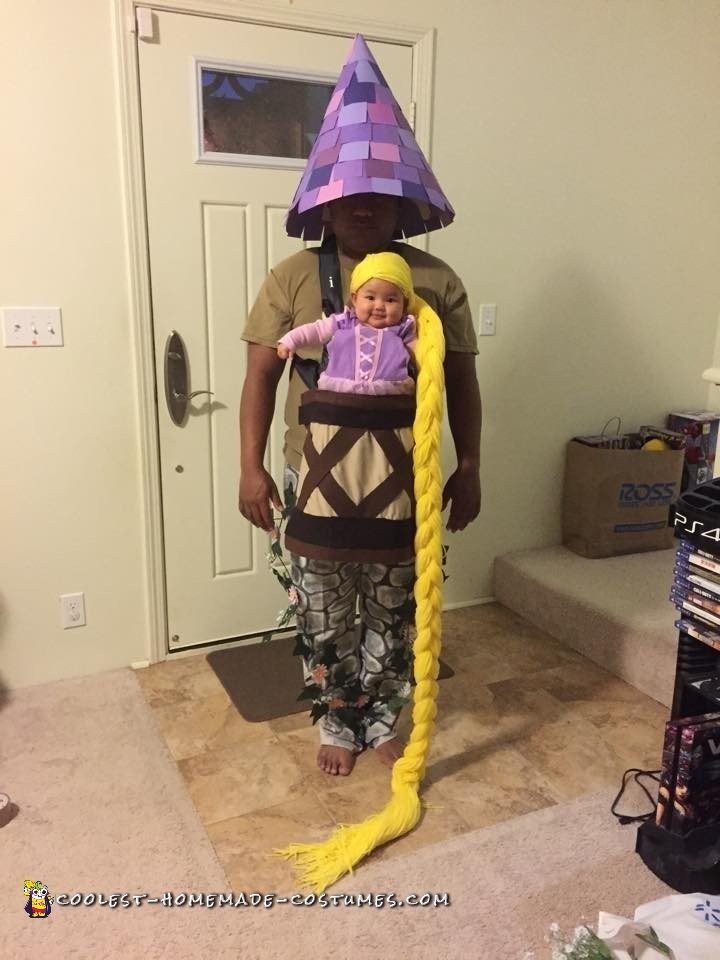 Here’s my 3 month old daughter’s Rapunzel costume together with her dad. She wanted to be Rapunzel this year, for her first halloween! (I could just tell. Haha!) So, I made her Rapunzel and stuck her in her tower! Her dad is a good sport and agreed to be a prop for her costume! I … Read more 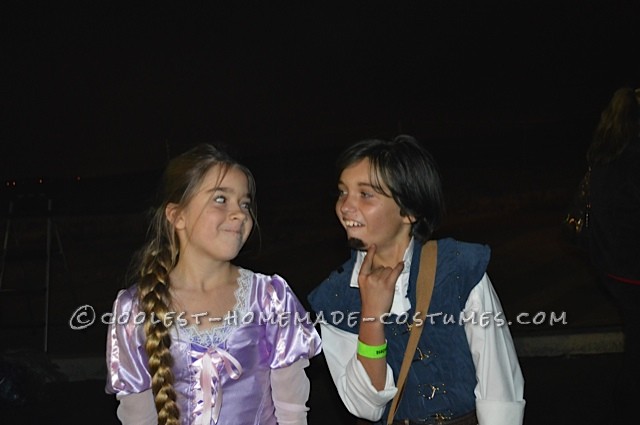 Rapunzel Sewing this Disney Rapunzel costume was my first attempt at sewing something on a machine. I used a lavender purple matte polyester fabric for the body of the skirt, with a satin panel in the front. The skirt was trimmed with pink edging, that was sewn on by hand and the entire bottom was … Read more 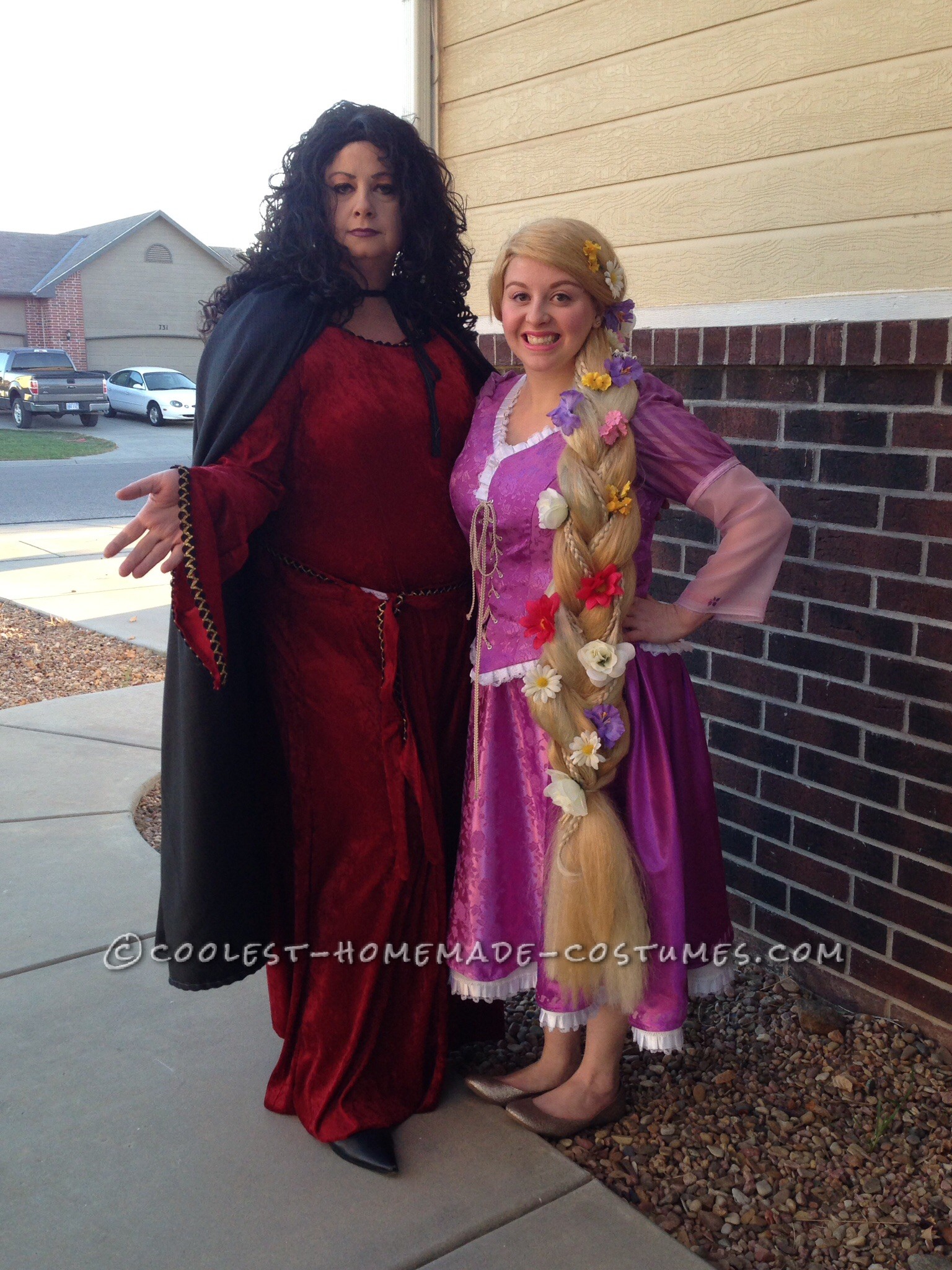 My daughter and I love Halloween! This year we decided to dress as characters from the movie Tangled. The biggest challenge was the hair! All the wigs are so thin that they would never work for Rapunzel. We bought a wig to use as a base then added a lot of extra hair extensions. Of … Read more 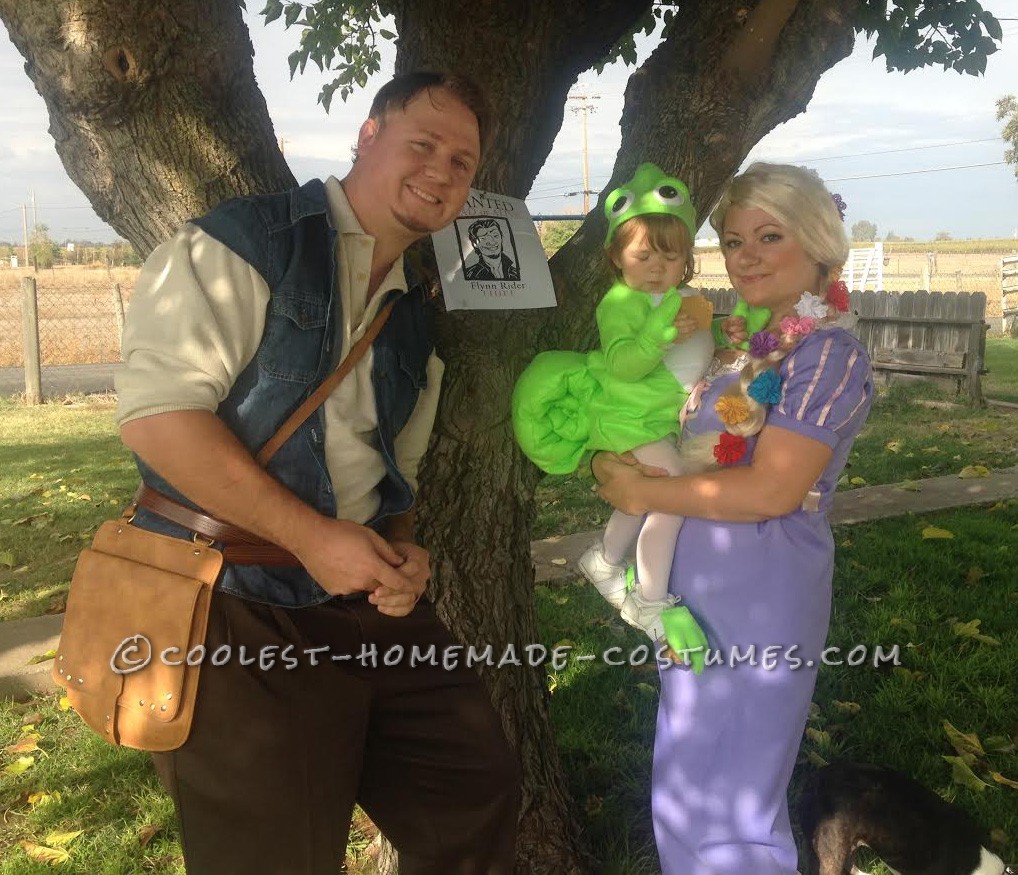 My husband and I have always coordinated our costumes and when we had our daughter we knew we had to keep the tradition going. This is our 10th Halloween together so we wanted to do something special: I hand made our costumes! I’m not much of A seamstress so I had no idea what I … Read more 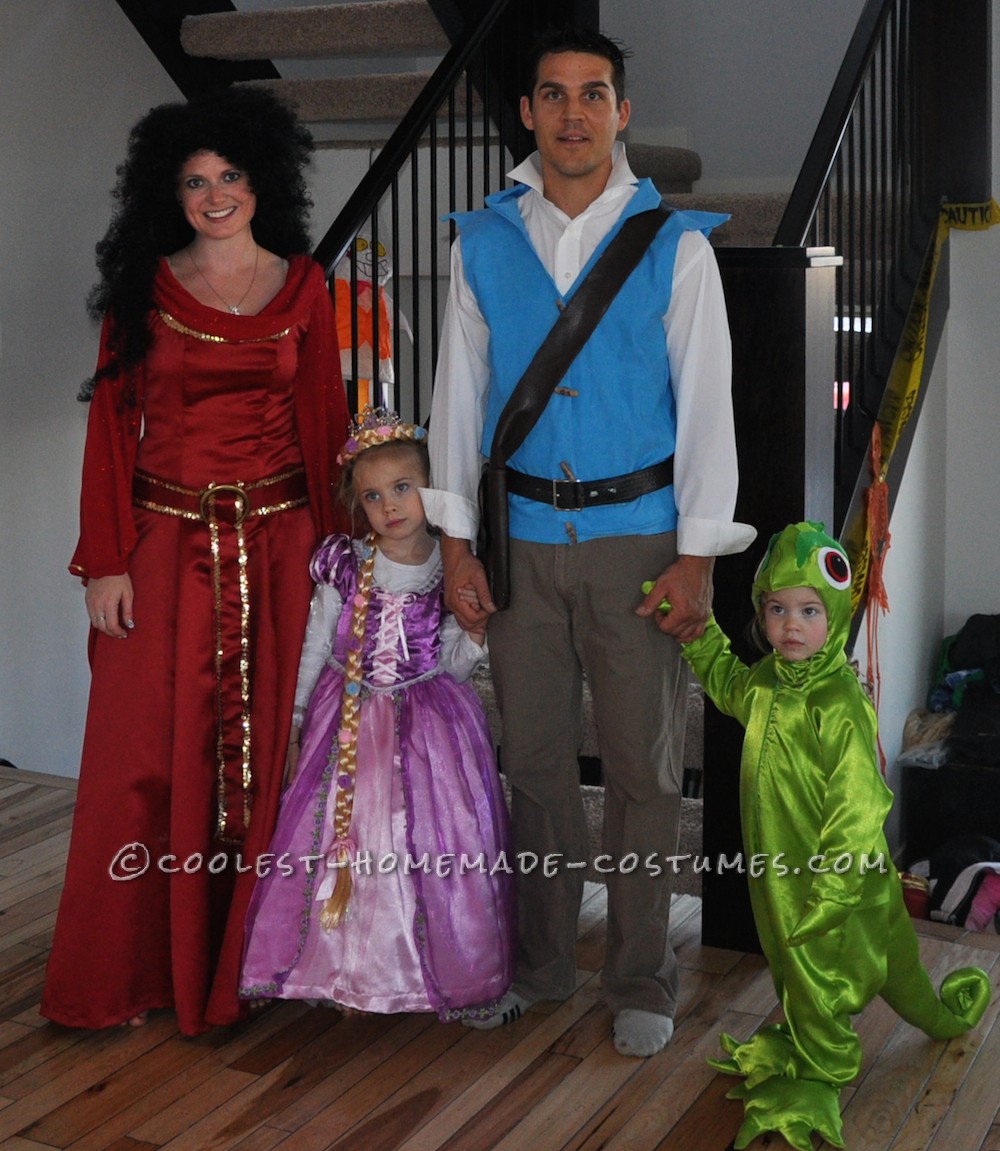 This year, my daughter chose the theme, and she chose Tangled as your family costume. I did not have any thing to begin with, but got to work. She picked that she would be Rapunzel, my youngest would be Pascal, my husband Flynn Rider, and myself, Mother Gothel. This was a very challenging theme, because … Read more 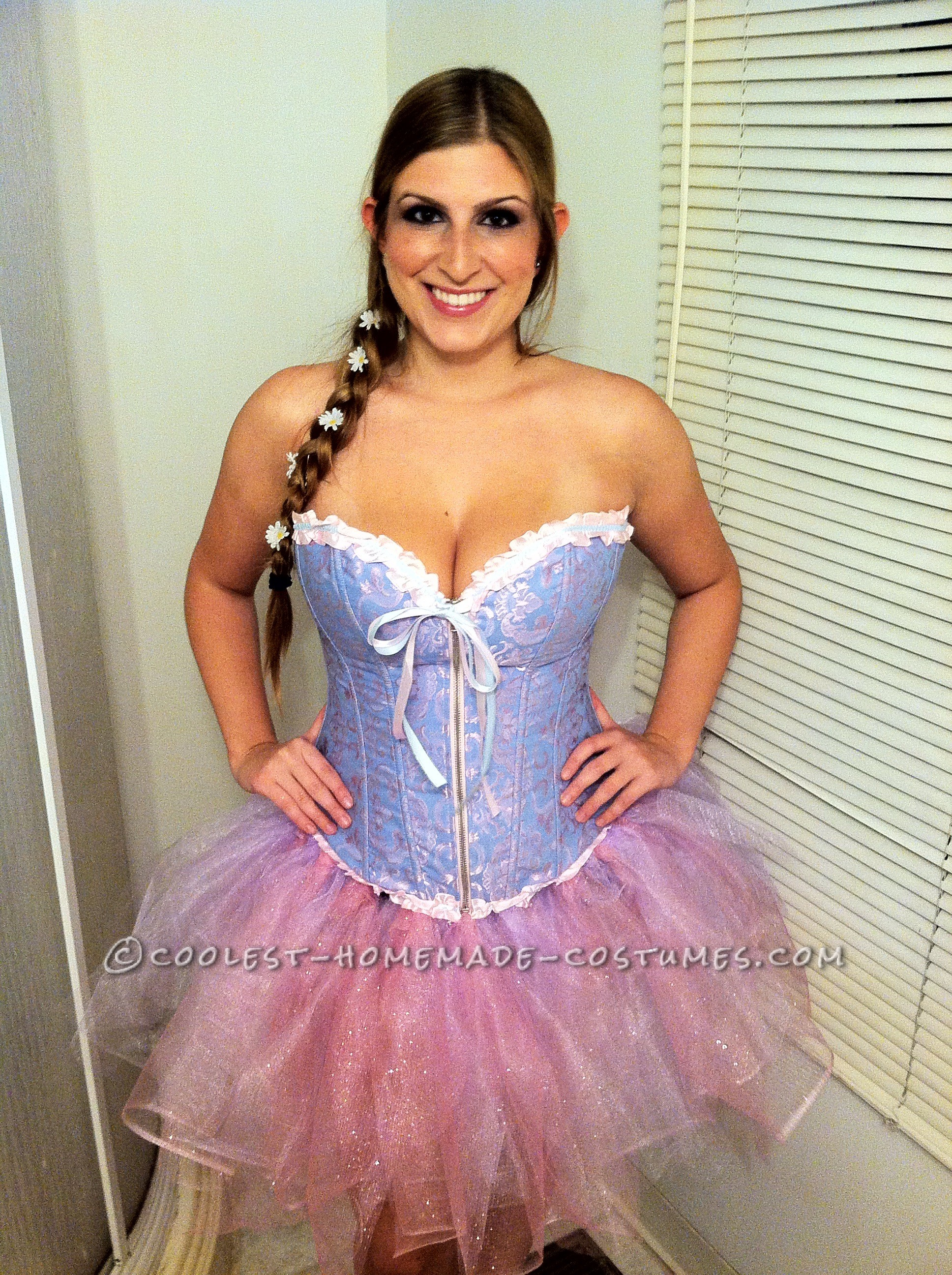 I decided to be Rapunzel for Halloween because I have really long hair. I found the corset randomly on a website and I thought it was perfect for Rapunzel. I made the tutu myself by using a ribbon and tying tulle around it. Since I had two colors, I tied two purple colored tulle to … Read more 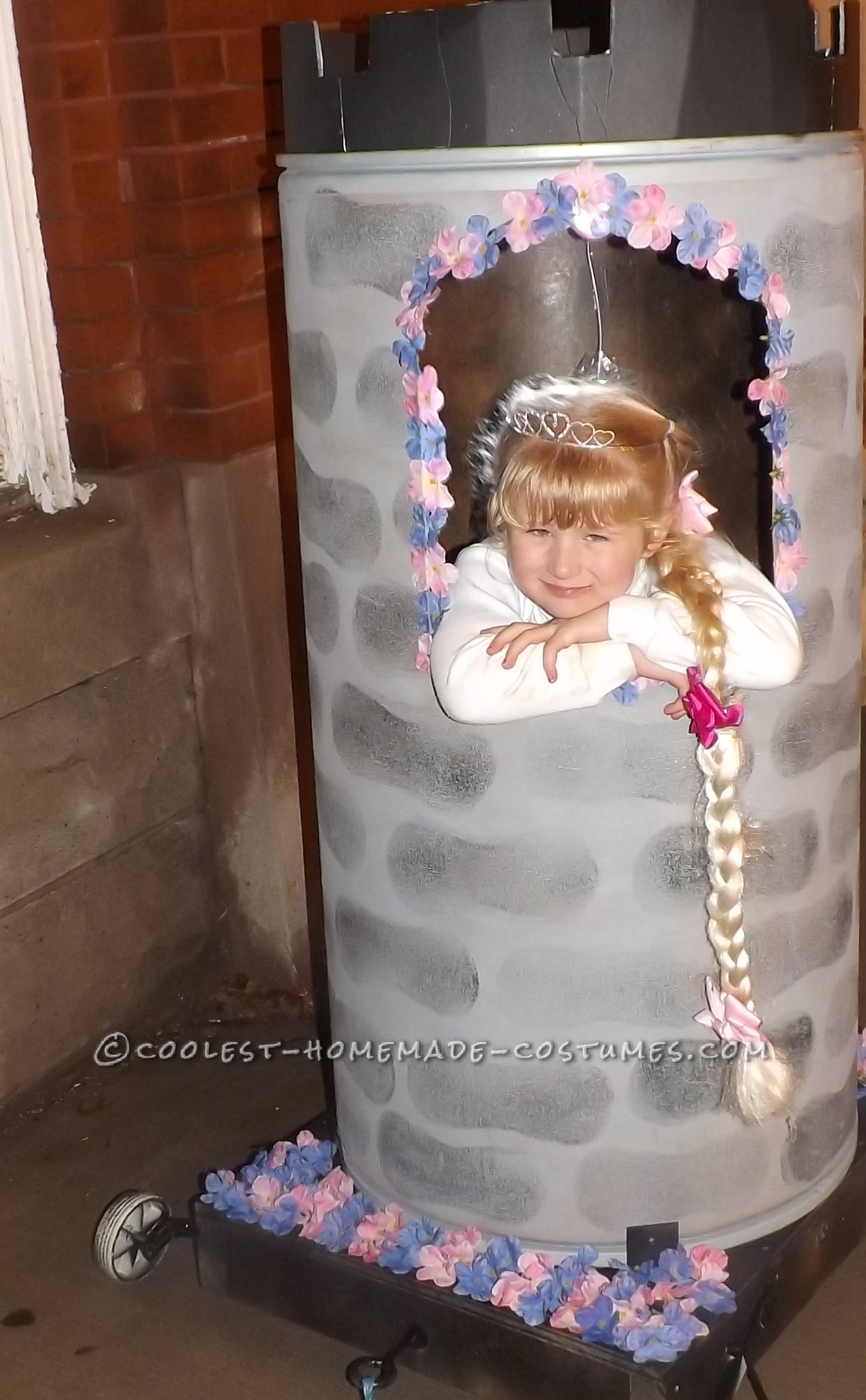 Hi my name is Trinity and I am 5 years old.  I love the movie Tangled and since I saw it I refuse to cut my hair I want it as long as her hair is.  I wanted to be Rapunzel for Halloween this year so we found a cute dance leotard that looked like … Read more 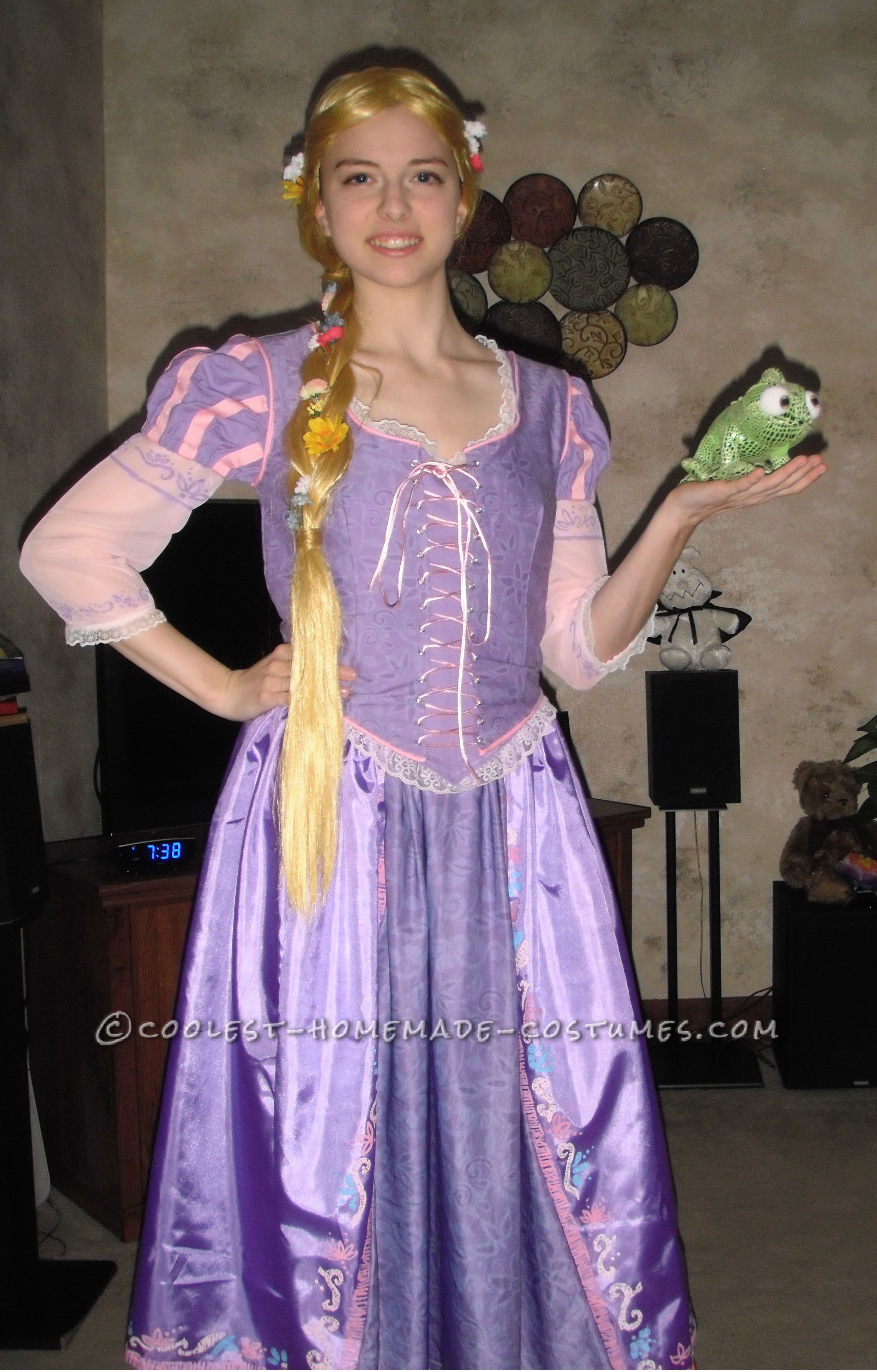 This is how I made my Rapunzel costume for Halloween 2013! This took me a lot of time and effort to make this costume. In April I was so bored because I hadn’t been in a show for a long time and I needed a creative outlet. I decided to buy a sewing machine and … Read more 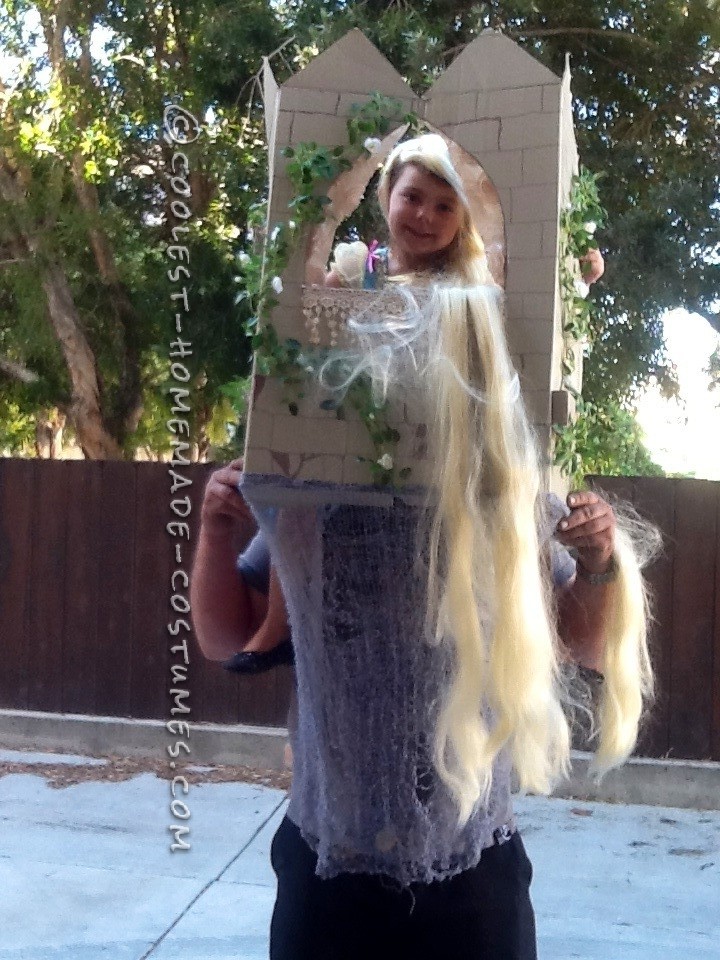 I was trying to figure out a tower for my 4 year old’s Halloween Rapunzel costume when her daddy said” I might as well be the tower, she always ends up on my shoulders anyway!”.  Off with the Idea I went. I used a cardboard box, fake vines with rosebudsus glue gun,  Halloween material, and … Read more