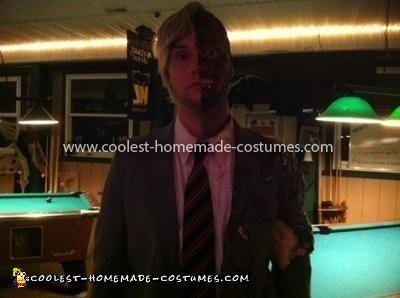 My girlfriend decided to be the joker for Halloween. We usually do couples costumes so I thought I would make a Two Face costume. I went to thrift stores and bought a grey jacket, a white button down, and a tie to match Harvey Dent’s clothing in the Dark Knight. I used a pair of … Read more 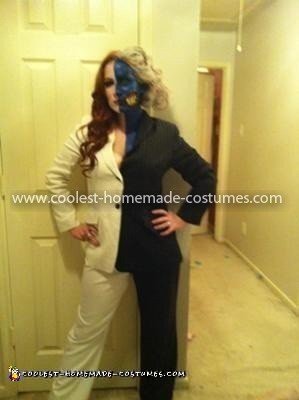 Hello Bat-fans! Much to the delight of my 9 year old (who thoroughly checked my costuming for authenticity), I decided to ring in Halloween this year with a female version of the immortal Batman Comics character Two-Face! Specifically, I chose to reenact the version from the animated series (My kid’s favorite)…but with boobs. I started … Read more

With so many Jokers running around last Halloween, I wanted to do something with TDK not involving the Joker. I’ve always loved Two face anyway, and he was amazing in TDK, it was just that the Joker stole the screen. To procure my Homemade Harvey Dent Two Face Costume, I spent about 20 dollars total … Read more 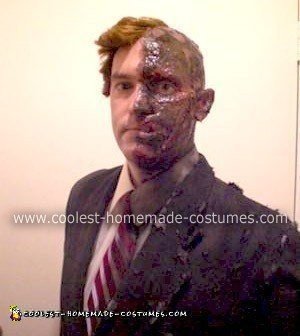 I spent the first couple of days scuffing, charring and applying shoe polish and charcoal powder to a cheap suit, tie and dress shirt. I singed the frayed pieces of the suit jacket with matches to give it a melted look. Once I was happy with the way the suit looked, I began working on … Read more 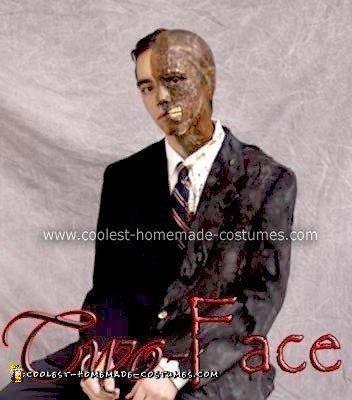 Here is my Homemade Two-Face from The Dark Knight Costume. The suit and make up were both created by me. The suit was purchased at Salvation Army, then I put hours work into it. I first took a knife to various pieces of the left side of the jacket, shirt, tie, and pants. After that … Read more