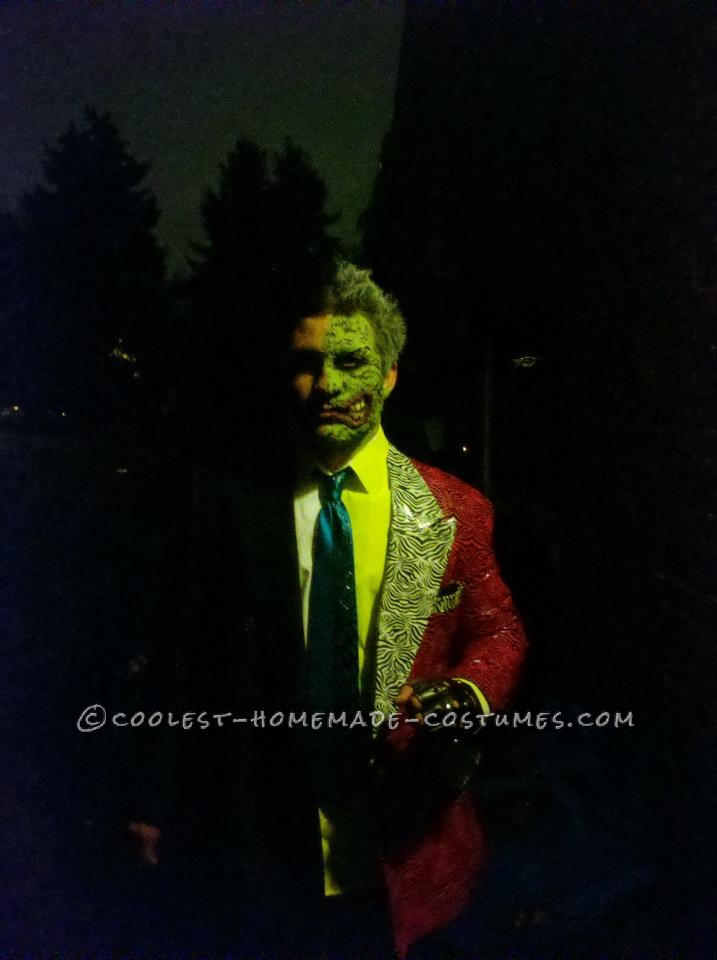 This year, I wanted to go as one of my favorite super villains, the great District Attorney turned maniacal madman, Two Face!  Being familiar with the character and the different representations of him from camera to comic to cartoon; I wanted to bring a mix of all the representations, instead of solely focusing on one person’s vision of Harvey Dent/Two Face.  I also did research on other homemade Two Face costumes and wanted to create something that was unlike others already created in terms of color and design.

How I became Two Face:

The first decision to make was how I wanted my attire to look.  It’s obvious that I drew heavy influence from Tommy Lee Jones from Batman Forever.  I really loved his over the top attire, and found a fantastic way to make the suit jacket from scratch.  After purchasing a suit jacket from the local thrift store, I later found pink and white zebra striped duct tape from Wal-Mart.  Using the duct tape I individually layered and wrapped pieces around the chest and arm portion of the jacket, and then using white zebra striped created the contrasting lapel and pocket covers.  For the shirt I used a regular white dress shirt, and spray painted half in a fluorescent yellow.  The tie was made using fabric paint.

The face was the next important piece of the puzzle.  With so much inspiration to draw from, I chose a direction that was geared towards a comic/cartoon representation.  Using liquid latex I first painted sections of my face, and laid toilet paper over to create folds and wrinkles on my skin, followed by another layer of liquid latex to make a mask like surface.  This process of layering liquid latex and toilet paper continued until I had the desired shape effects.  For teeth, I simply used fake finger nails cut into shapes of teeth!  With the liquid latex/toilet paper mix now formed and turned into a latex mask, I painted the finish product.  Lastly, my hair was styled and half sprayed white.

I hope you enjoy the pictures, I am absolutely in love with my creation! 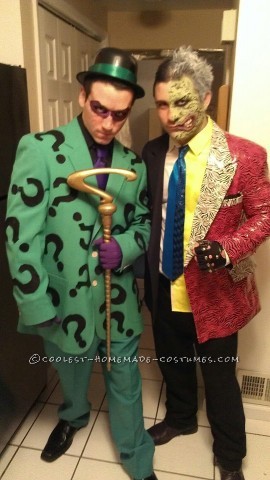 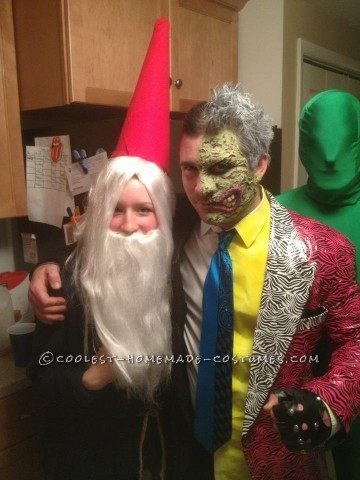