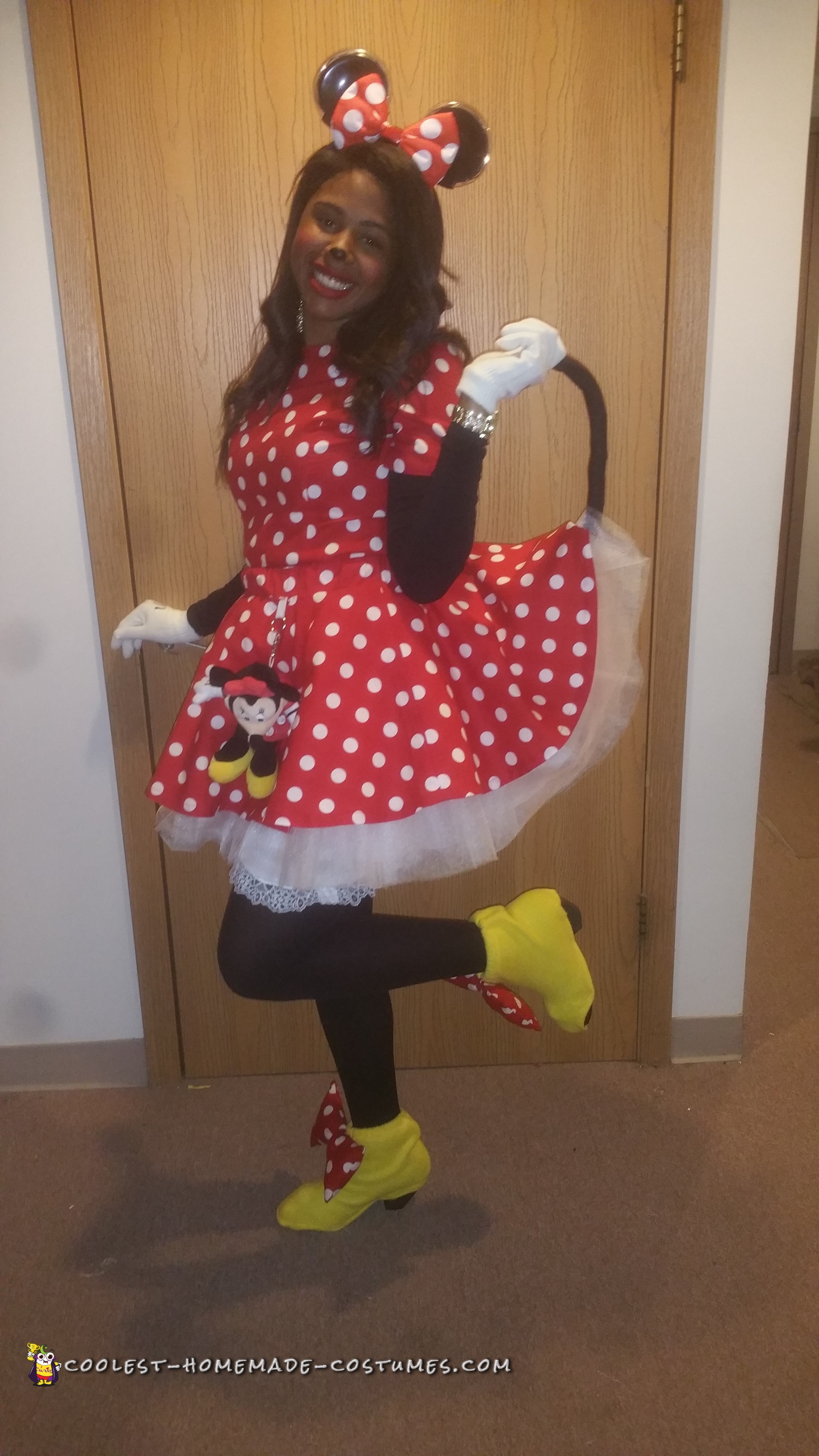 As a little girl, I would watch The Mickey Mouse Club on television. I have always adored Minnie and Mickey Mouse and all of the Disney characters. I would make sure to watch any Disney specials that came on television. My parents had a large family and they could not afford to take all of us to see Disney On Ice show. When I got married and had children of my own (three daughters) they also loved the Disney characters. We have had every movie made by Disney, first on VHS, then on DVD. I would take them to see the Disney On Ice shows too. On one event, Toy Story on ice came to town and my mom and I got together and took twelve grandkids to the production. It was memorable evening and all the children loved their souvenirs. The Minnie Mouse ears in the photo were brought at that show. The Minnie Mouse ears are about fifteen years old. My daughter saw them in some stuff that was packed away. Thus, when Halloween came, my daughter Danielle wanted to be Minnie Mouse.  Also, she was having a costume contest at both of her jobs. Her co-workers loved her costume and at the other job, small children and grown-ups were stopping her and asking to take pictures of her and with her. She won both contest. It was worth the time and effort that went into making the Minnie Mouse costume.

For the top, I used a red and white poke-a-dot fabric and used a simple blouse pattern. Danielle is also wearing a long black sleeve shirt underneath. I suggest if you are going to make a poke-a- dot top similar to one I did to cut it out one size bigger, so there’s room for the black shirt to go underneath. As far as the skirt, the red and white poke-a-dot fabric I used for the underskirt. Underneath, she is wearing an eight layer tulle skirt. The bloomers are made out of white posh fabric with a white lace trim at the bottom.

The tail is made out of black felt fabric and filled with polyester fiber fill and a wire so that it curled at the bottom. The challenging part of this costume was getting the 24 inch wire through the fiber fill. It was hard to find yellow shoes to go with the costume. We decided to use an old pair of shoes and cover them with lemon yellow fleece fabric. Then I made the bows for the shoes and filled them with polyester fiber fill too.