I saw a really great makeup tutorial and thought that the makeup deserved an equally stunning costume. Now I discovered that my concept of a Hellfire demon or Lava Godess like Pele just did not exist even after hours of searching the internet for reference photos I found only one other costume like I was looking for. So it became clear I would have to create the character from scratch myself.

I started with a deep red devil dress that I was given as the accessories had all dry rotted. Well the dress was snug at that point. Add several layers worth of acrylic paint to a fabric and it loses all give to it so then alterations had to be made to allow me to pull it on and move freely. I added black stretchy spiderweb fabric cut from a shirt I had that was too small. Then I removed the original dresses sleeves and added the spiderweb sleeves for arm freedom but they were too short.

Well the dress had such a hi cut side slit I needed something there for modesty sake so I started collecting chiffon scarfs in yellows, orange, red, and gold. I cut up the scarves to add a lavaflame flow in the slit area and then I added smaller pieces to the cuffs of the sleeves to look like more flames and lava. I bought some long red flame fingernails, red high heels, red tights, added redblack curling demon horns and some birght orange cloth wings from a kids costume then crowned the look with a sunset wig and firey contacts to complete the costume. Then all that was left was my attempt at recreating the awesome Wrath makeup from YouTube. This created my very own take on Brimstone the Hellfire Demon. 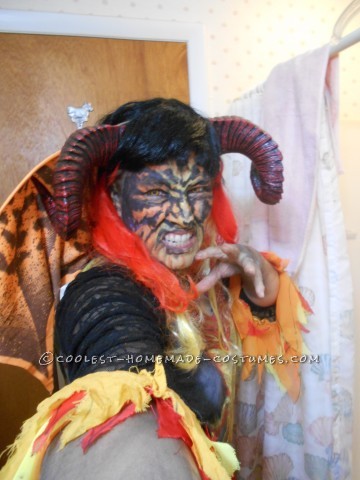 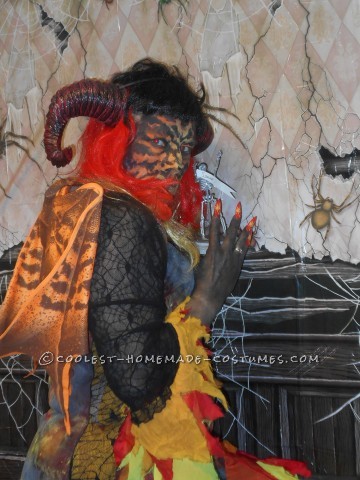 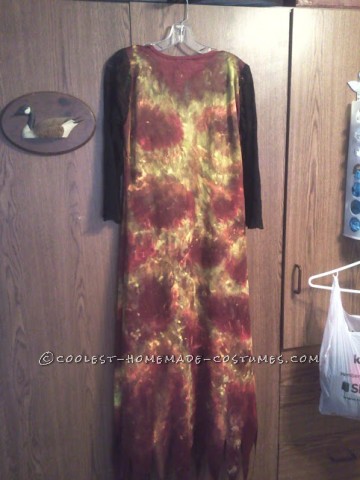 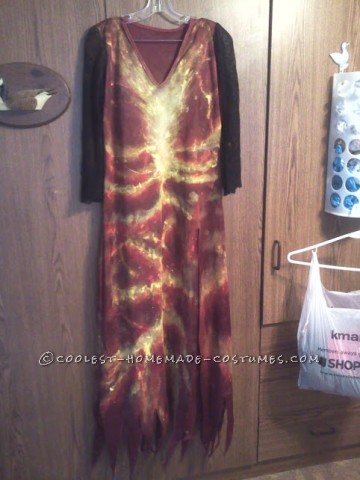 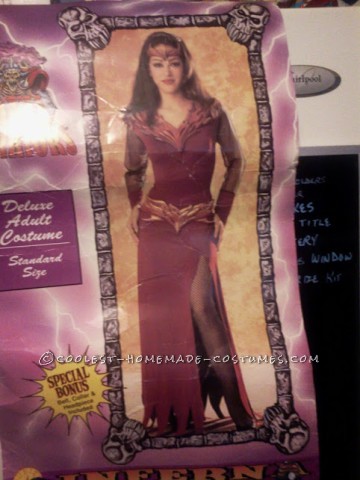 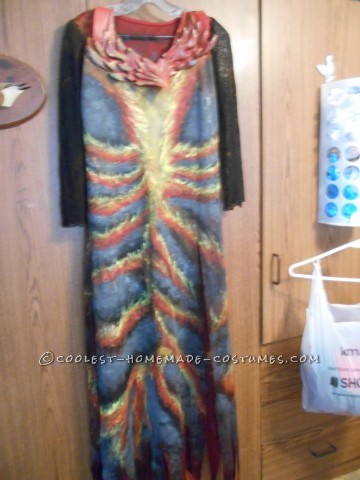 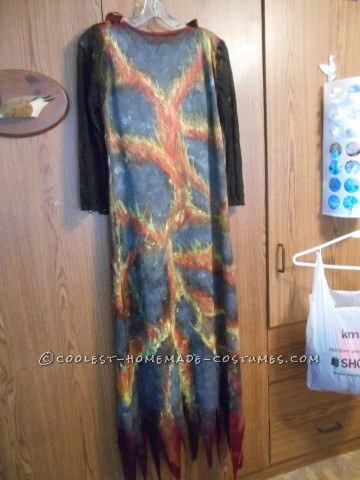