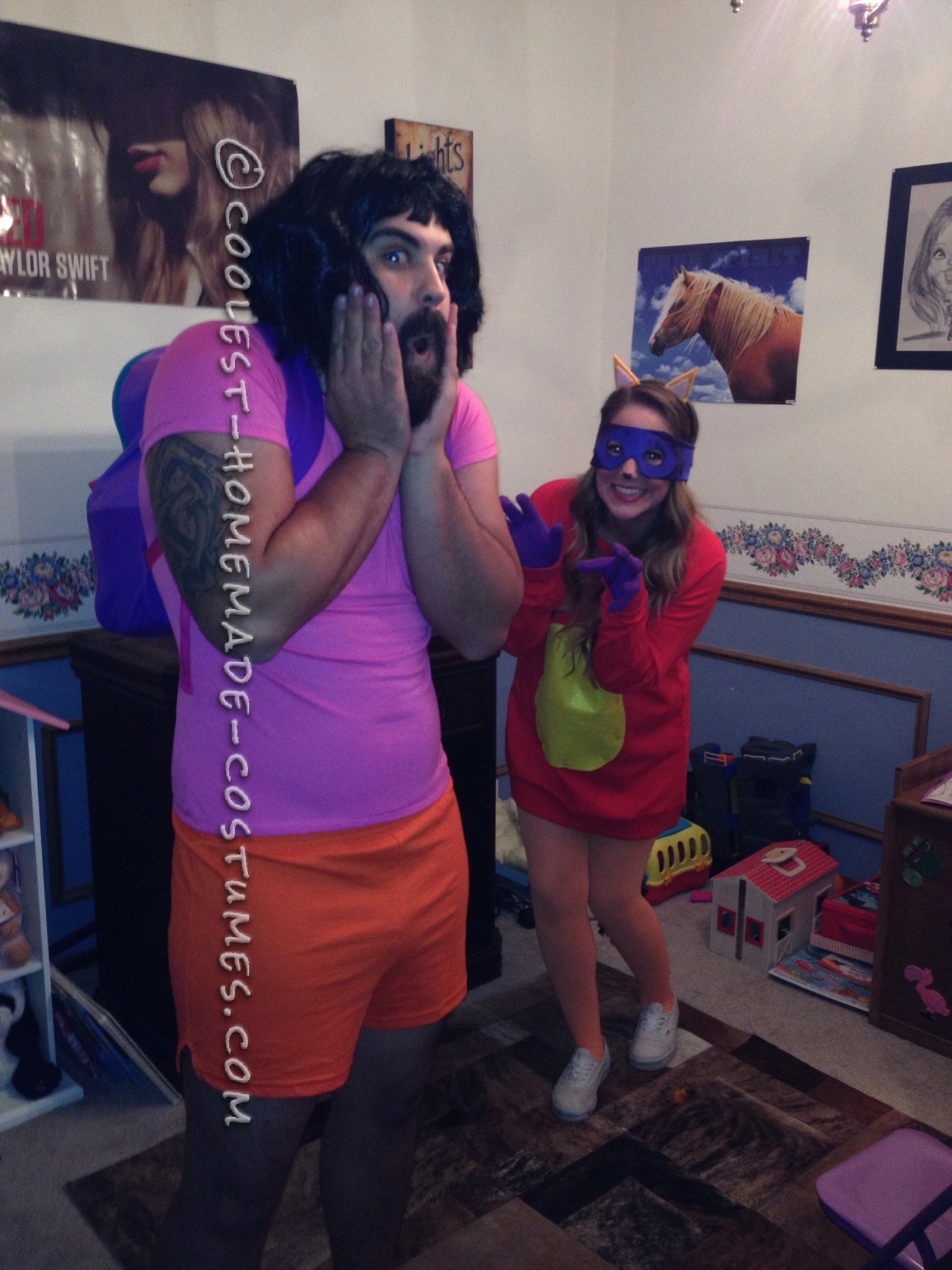 Our costumes were a last minute change of mind, I decided what I had planned wasn’t good enough to be the best, so I went on a manhunt for what I needed as the mall was closing. Dora was simple, I hit up the women’s department at Academy, and bought a wig in the Halloween dept at Target. Total cost for Dora was under $30. For Swiper I started with an oversized sweatshirt I found at H&M, I wanted more of an orange but apparently orange clothing is impossible to come by, who knew? I pinned on a round piece of felt for a tummy and a feather boa for a tail. I made fox ears by gluing felt around an old head plastic headband and a mask out of some clearance section fabric. I added neon orange tights and purple gloves, and voila! Everything for Swiper, aside from the sweatshirt, can be found at Hobby Lobby, Walmart, etc. everything was super simple to throw together and definitely got lots of attention! Everything for Swiper was a little more, but it was still near $30. I mean, a bearded Dora? That’s hilarious! We have a three year old niece who loves, loves Dora, so we thought she’d be excited about our costumes, right? Wrong! If y’all didn’t know, Dora is a girl and my boyfriend is a guy, according to our niece that is not ok! She actually got so mad she wouldn’t speak to him! Oh, we also borrowed Dora’s backpack from our niece!