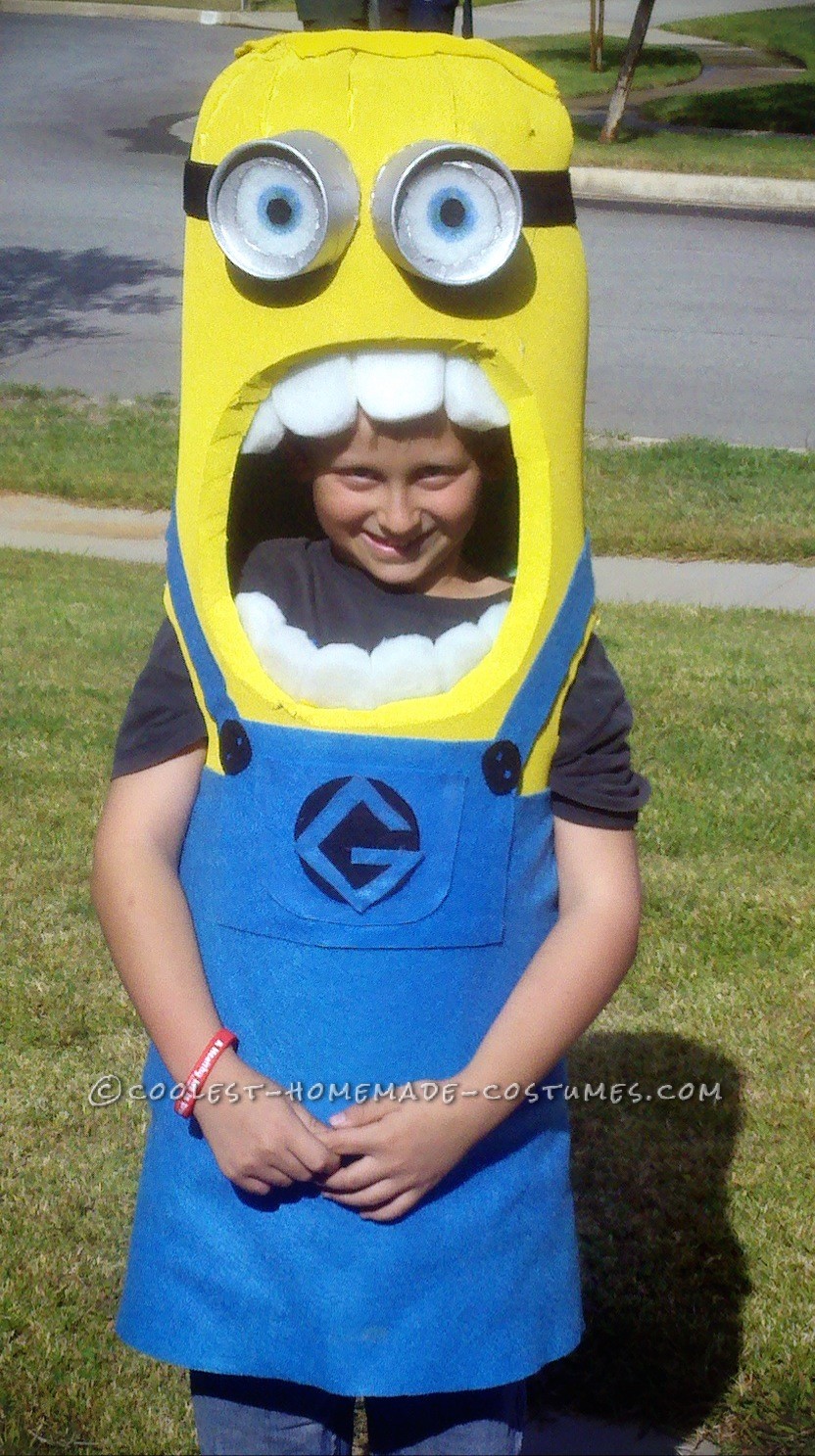 “Bee do bee do bee do!  Baboi! Baboi! Mom, I want to be a Minion for Halloween!!” ecstatically exclaimed my eight-year-old middle guy. For this child to actually WANT to be anything for Halloween is just shy of amazing! You see, my middle son is diagnosed with high-functioning autism and sensory integration dysfunction, which means, for the first five years of his life, Halloween costumes were consistently a failure that ended in tears and frustration. This year was filled with promise, as his overwhelming enthusiasm to be a Minion at Mickey’s Halloween Party was bubbling over.  I couldn’t settle for the cheaply made store-bought Minion costume; that would deflate his exhilaration.  Soon, I found my eagerness matched my son’s as I scoured the World Wide Web for minion costume ideas: Etsy, Pinterest, Google, they all worked intensely looking for the perfect costume for my little minion.  Nothing!  I looked for hours, days even. The ticket date for Halloween Party loomed and just as I began to panic, I found inspiration for THE minion my son would be.

On the eve of Mickey’s Halloween Party, I purchased the materials. I left the craft store with foam, felt, spray paint, and glue sticks galore. I haphazardly “sized” the boy for his costume by measuring him with foam, giving him a bit of wiggle room to avoid claustrophobia and allow him to get in and out of the costume without anxiety. Armed with scissors, glue gun, and lofty expectations (especially for someone who does not sew and has never tackled a project like this), I went to work.  It was 6:30pm. Two hours later the hot glue had burned blisters on two of my fingers and I was pretty sure there was a little in my hair, but I had conquered the foam and now had the bullet contour of his costume shell beginning to take shape.

I disassembled my skeleton butler Halloween decoration, using the legs to support the costume in place of a dress form. 9:00pm, I had sprayed the first coats of sunshine colored paint on the costume shell, burned the inside of my nose with paint fumes, and run out of spray paint. I returned from the store with another can of bright yellow spray paint and even more determination to finish than ever. Minion goggles, eyes, and mouth cut-out were completed by 10:30pm.  Adding the dreaded teeth to this minion costume was not the feat I originally expected. My minion costume was actually taking shape, and the best part…he actually looked how he was supposed to be envisioned!! By this time, my son had long since counted sheep and was snugly tucked in bed, so I was left to guess where to place the arm cut-outs. I estimated as best I could, sizing myself up next to the costume and making my own mom guesstimates.  I finished the costume with blue felt and copious amounts of hot glue. It was now 12:30am, but I was exhilarated!! My son’s costume was complete, and I was proud, content, and exhausted.

While I was satisfied with the costume, I worried about what my ‘lil minion’s reaction would be.  By the time my middle walked down the stairs to get ready for school the next morning, I was already at work.  My fear of his disapproval was laid to rest when he called to thank me before going to school.  The squeal in his voice told me he could hardly contain his excitement and substantiated the six hours of “torture” I endured the night before.  Not only did he love the costume, but he wore it all night at Mickey’s Halloween Party. This costume was a personal crafting victory for me, but it was much more than that; this costume allowed my ‘lil minion to overcome some of his anxiety and sensory issues. 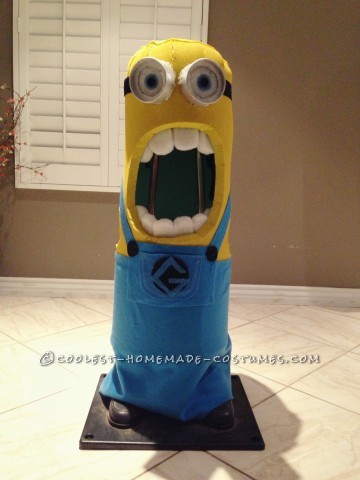 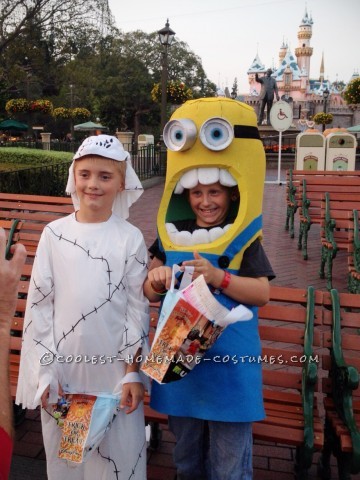 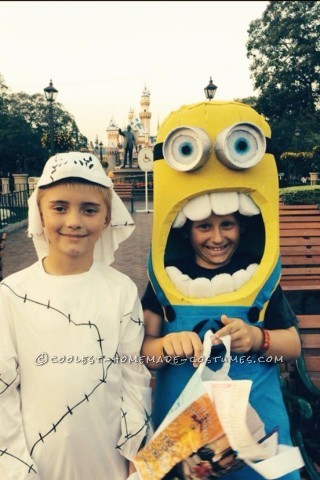