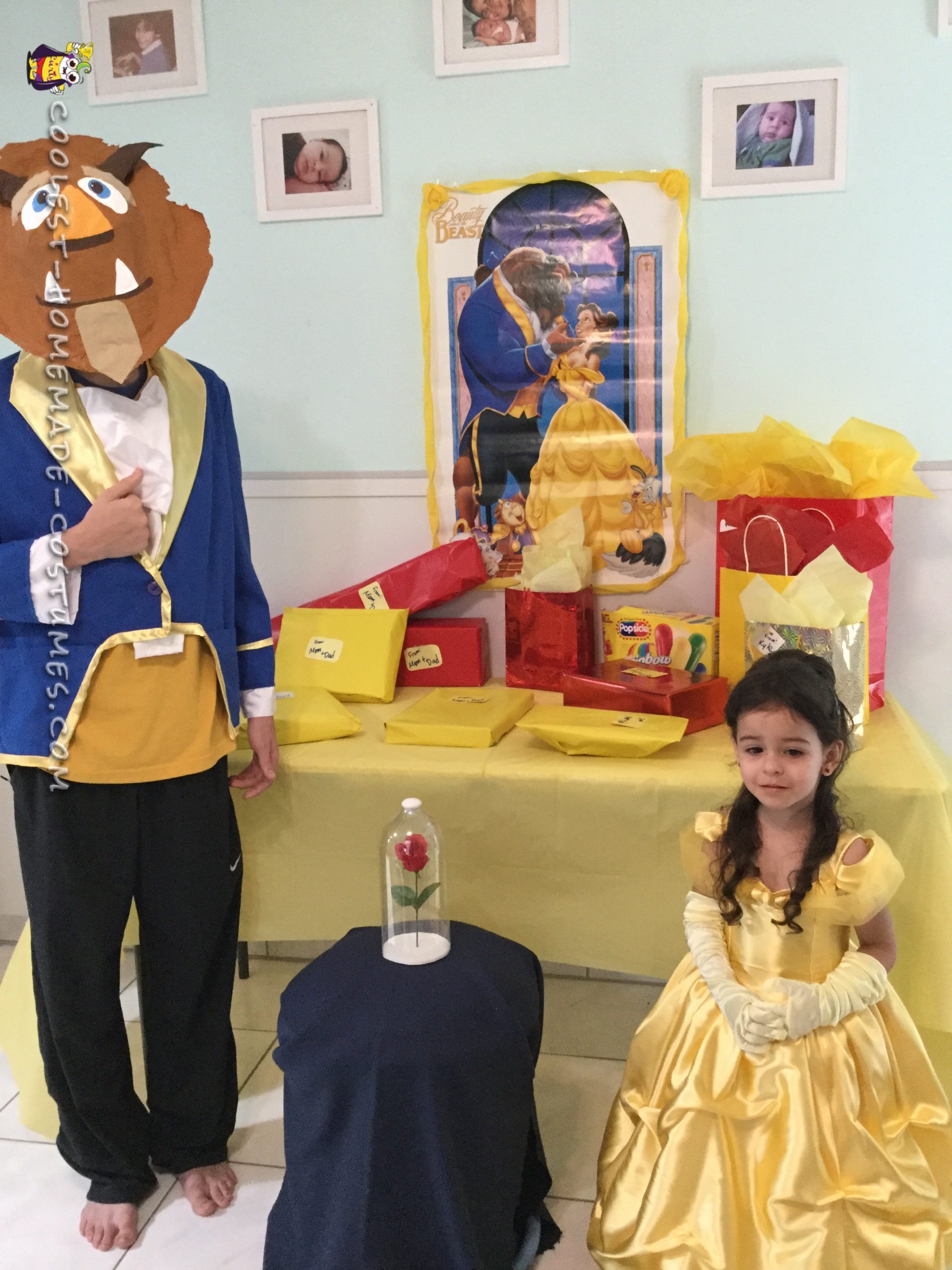 Since my daughter reminds me of Belle, I decided to make both of us a Belle and the Beast costume. I wanted to make a dress that looked like the one from the original cartoon. I followed a pattern for a princess dress and made adjustments along the way so it would look more like the movie version.

Then, I also made my own hoop skirt. I followed directions I saw online on how to make hoop skirts using thin plumbers piping. This helped puff up the dress more like the one in the movie.

The gloves were already yellow when I bought them. I also used 3 small resin balls for the front of the dress and covered them in the same yellow satin fabric used in the dress. Then I attached them to the front of her dress with fabric glue.

When I was done, I couldn’t forget about The Beast so I bought a blue jacket at the Goodwill store. I cut the front to make it look like the one worn in the move. Then I sewed yellow accents using fabric I had left over from making my daughters dress. Under the jacket is a yellow shirt with a yard of white satin sewn to the top to look like the puffy shirt Beast wears. The back of the jacket is also cut like the one in the movie. I attached to it two big yellow buttons to the back.

Then I used a baseball cap as a base and started layering paper mache over it in several directions until I created the shape of the Beast’s head. I looked at a picture of the Beast to help me make the shape of the face and paint in the colors of his face. I was considering making paper Mache hands and feet but I ran out of time.

With our Belle and the Beast costume, we won a bag of toys and candy from our local park’s costume contest. We were the only Belle who had a Beast trick-or-treating by her side.

Coolest Homemade Belle Costume from Beauty and the Beast