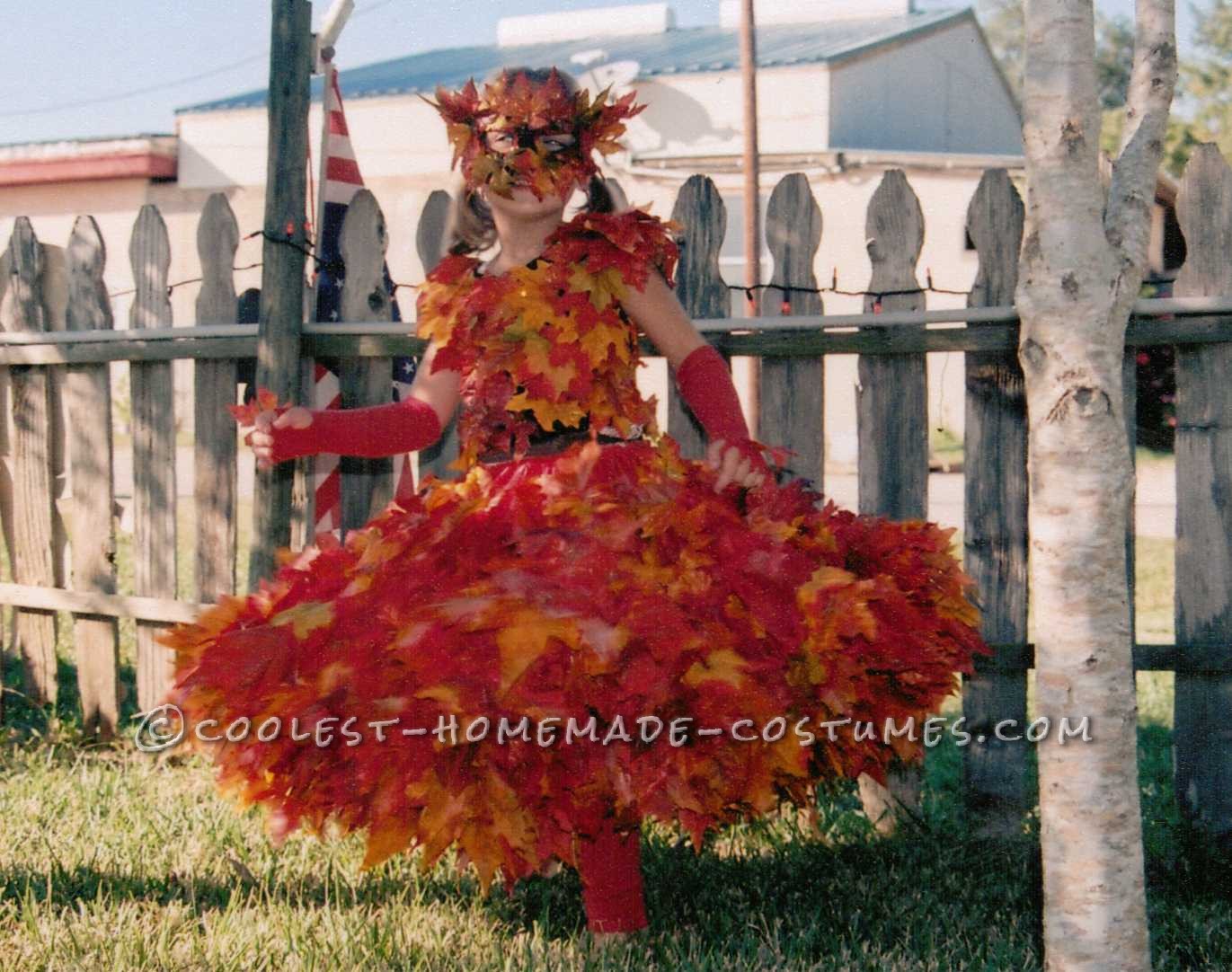 I made this beautiful pile of fall leaves costume for my daughter Mitrian a few years ago.  She always wants to be odd things for Halloween and this particular year she wanted to be a tornado.  So, I made her a pile of leaves and when she stood up and twirled around she was a tornado.

I started with a red petticoat from a square dancing costume that was given to me by a former square dancer.  This was an adult petticoat, but I cut it up and made it my daughter’s size by basically cutting it in half.  I made it very full and fluffy for her.  Then I took an old brown shirt and cut it up the back and added Velcro to close it back up so it wouldn’t have to go over her head.  I also bought a cheap cloth Halloween mask from the store.

I went to Walmart and bought all of their fall leaf branches from the silk flower department and took all the leaves off.  I probably could have saved a bit of money by finding some material and cutting out leaf shapes, but that would be a lot of cutting!!  About half of them were glittered and half weren’t.  Then I sewed leaves all over the skirt and shirt everywhere I could put a leaf I did.  At night, I would hand sew leaves onto it while watching TV with my family.  It took many many hours to sew all the leaves on!

I put leaves on the mask also and took a pair of red socks and cut out finger holes for gloves and put a leaf on the back of each hand.  She wore red leggings underneath.  This costume took forever to make, but was worth every minute!!  She received soooo many compliments and won every contest she entered.  People still talk about this costume years later! 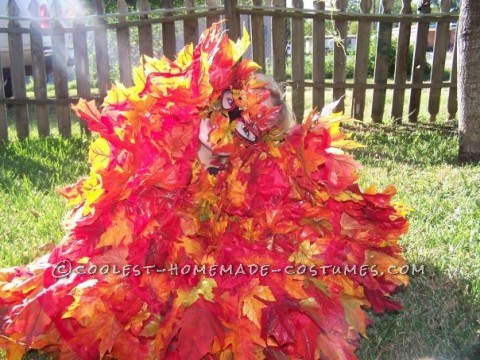 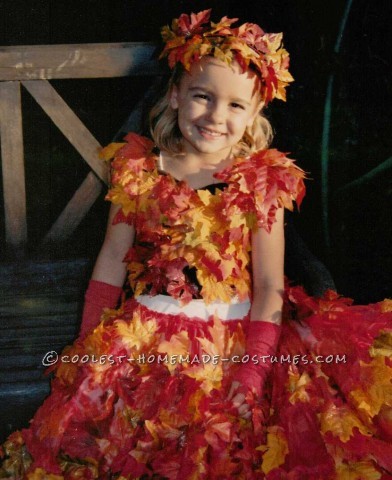 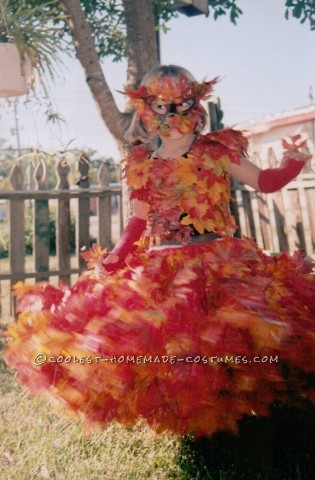 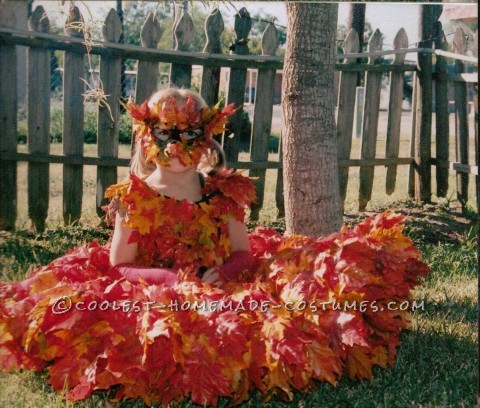 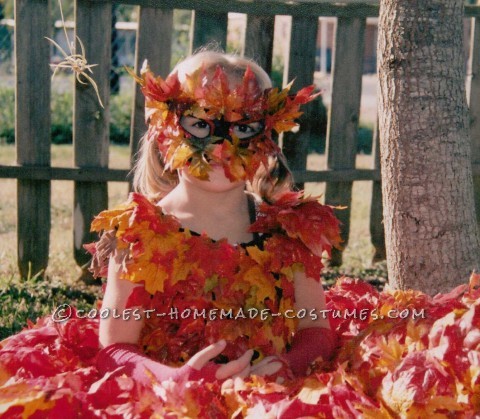