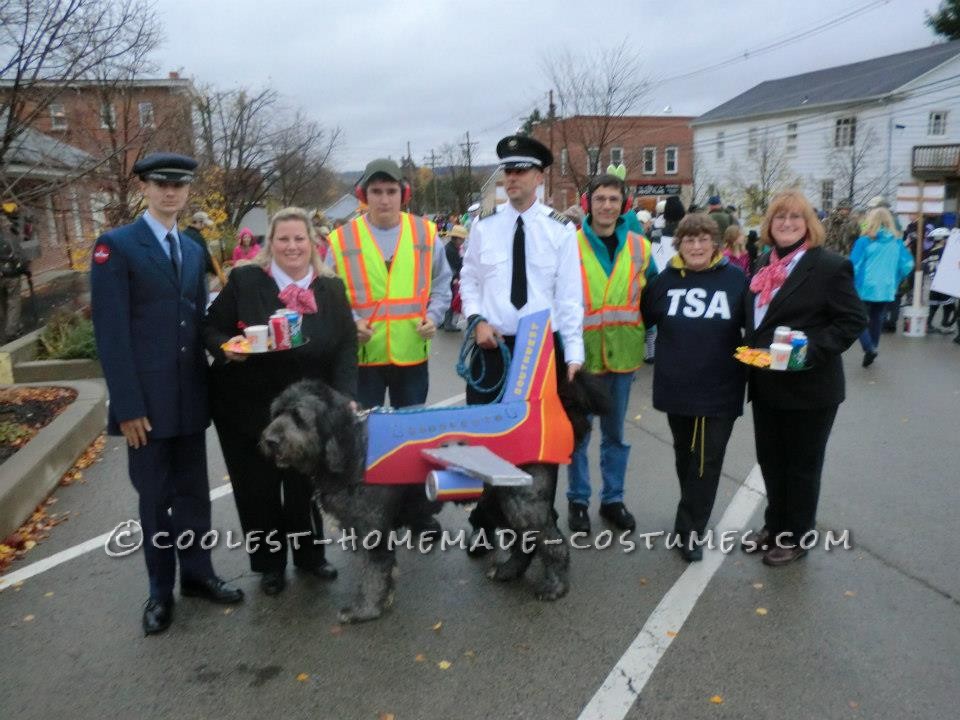 Amazingly I had the idea for our airline costume the day after Halloween last year….this year I’m not having as much luck! When coming up with a costume the main focus of the costume has to be able to work on my gigantic dog, Gallagher. If not, then we move on to something else. The costume has to be able to work with a group of people since my family likes to dress up for my hometown’s Halloween parade and as a trio costume for when my Husband and I dress up Gallagher and take him to fun animal events in the city.

So here we were, a year from Halloween, and I was trying to sell the family on the airline idea. You see, my father is a retired airline pilot (not with Southwest) so I knew some of necessities we would need, we already had. So the pilot hat, shirt, epelettes etc. we had in our possession. Now on to the main focus of the costume, THE PLANE!! How in the world were we going to make 165lb dog in a jet airliner??  I won’t lie, I searched the internet for dogs in airplane costumes and except for 1 or 2 most were fighter jets and bi planes, but no good airline costumes.

So coming up with this costume meant starting from scratch. I talked it over with a friend of mine that sews and we decided the best way to make the shape of the airplane and have it flexible, yet durable to be worn by a dog was to go with 1” foam. I found the foam at Joanne Fabrics and it was 50% off!! Thank God because that stuff is expensive!! After tons of measurements on a wiggly dog, the foam was cut to fit him. My friend is a packrat and had flat packing foam that we cut in the shape of two wings and a tail. These items were made to fit into the foam body almost like a puzzle piece.

After the foam fit well on Gallagher it was off to get the Southwest paint scheme. No problem finding spray paint in the orange and red that is needed for the paint scheme but struggled to find the correct purple/blue color that covers the main body of the airplane. Being best friends with the paint guy at Lowe’s certainly helped! We found the perfect color and found the right yellow to pull off the pin striping on the plane. Found myself in strong winds trying to spray paint this big piece of foam without it taking off on me. The blue/purple color had to be brushed on as well as the pin striping. Took about a week’s time to get it all done because the foam was a giant sponge and it took several coats to get it to show up.

The packing foam was a whole other monster, the paint never really adhered to the tail and if you tried to touch it with your hands after it was dry, it would come right off. Let’s just say there was a lot of touch up over the two month time period. I made the engines out of two oatmeal containers that were painted with the southwest paint scheme, the plastic lids were cut to look like airplane propellers.The two wings were just taped with duct tape which also made them a lot heavier! When we had the first fitting with Gallagher his wings would droop down so it was back to the drawing board!

Two days before a dog costume contest and we found ourselves swearing and burning ourselves with hot glue. And idea on how to get the wings to stay up with fabric straps was NOT working. The next day we scoped out Lowes and came across an aluminum bar that could be bent to fit over Gallagher’s back but yet support the foam wings. That evening we were back at it bending, fitting, gluing and stressing out, was this going to work??? And if it didn’t  what would we use next? Luckily it did work! We shoved the aluminum bar into both foam wings and we were golden! The plane stayed on Gallagher by a big Velcro strap we had found and we hot glued ribbon to the front of the plane so that the plane could be tied around his chest to help keep it from moving. The costume doesn’t look that hard to make but when making it for a dog, the difficulty level goes up!!

So for the big family airline costume my husband was the pilot (he wore black dress pants, a pilot shirt, borrowed epelettes and pilot hat), my sister and I played the flight attendants  (we wore black dress pants, black blazers, found silky fabric at Joanne’s that was on sale and had them cut into strips to make the scarves that they wear. We also made trays that carried empty pop cans, Southwest napkins, peanuts and coffee cups that were generously donated by Southwest) My Mom and a friend of the family were TSA agents (I made tshirts that said TSA and baseball caps to match, they also wore rubber surgical gloves to add character).

Unfortunately not every family member could take part like I had planned but we made it work with who we had. Not to mention we almost cancelled the whole thing due to bad weather. My whole family rallied and we grabbed our outfits and we were all dressed in ten minutes and scrambled to make it to the parade. They had already done the judging but once one of the judges saw us they ran up to us said “Now YOU guys are 1st place”. How fun!! A great time was had by all and now comes the brain storming for next year! 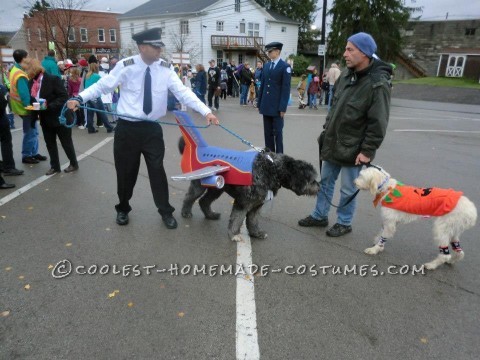 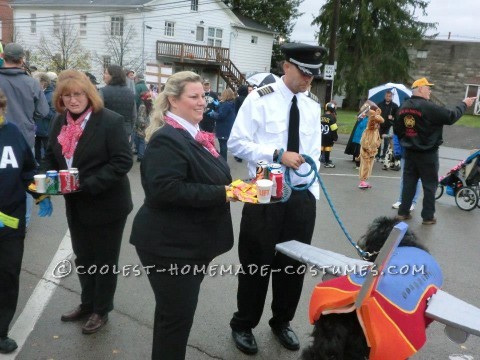 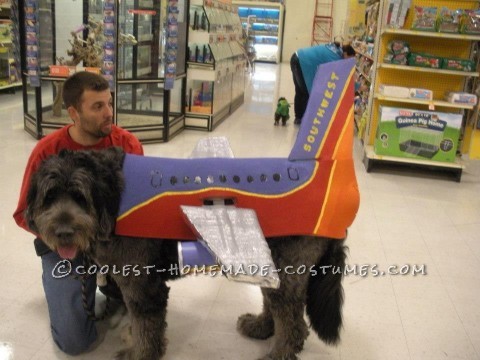 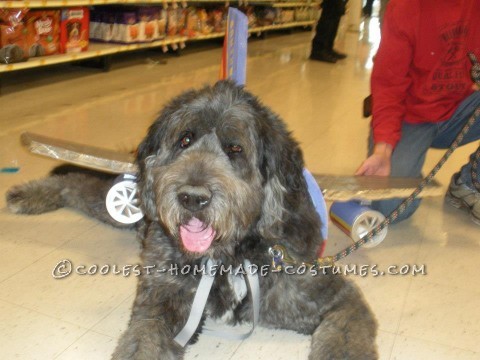 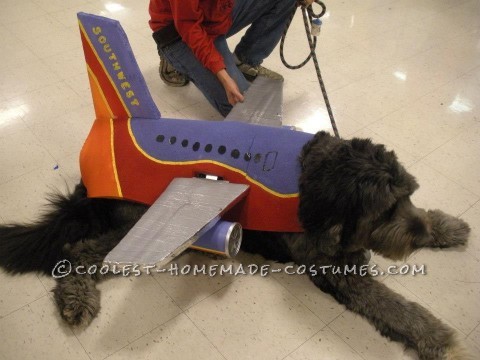 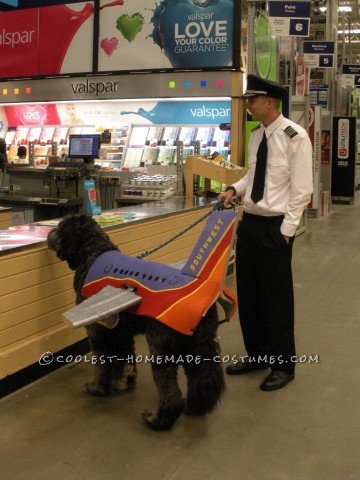 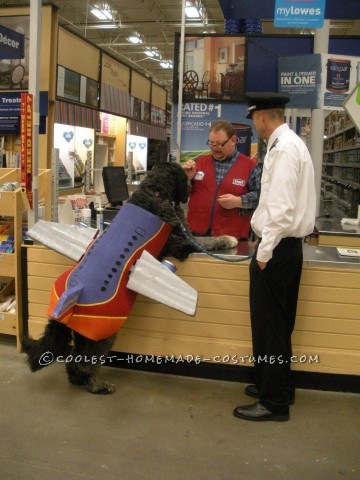 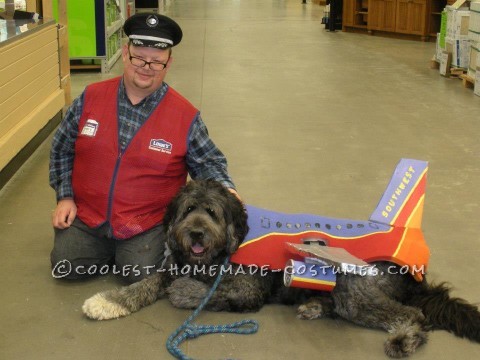 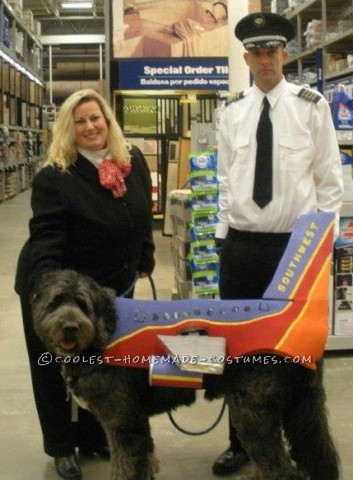