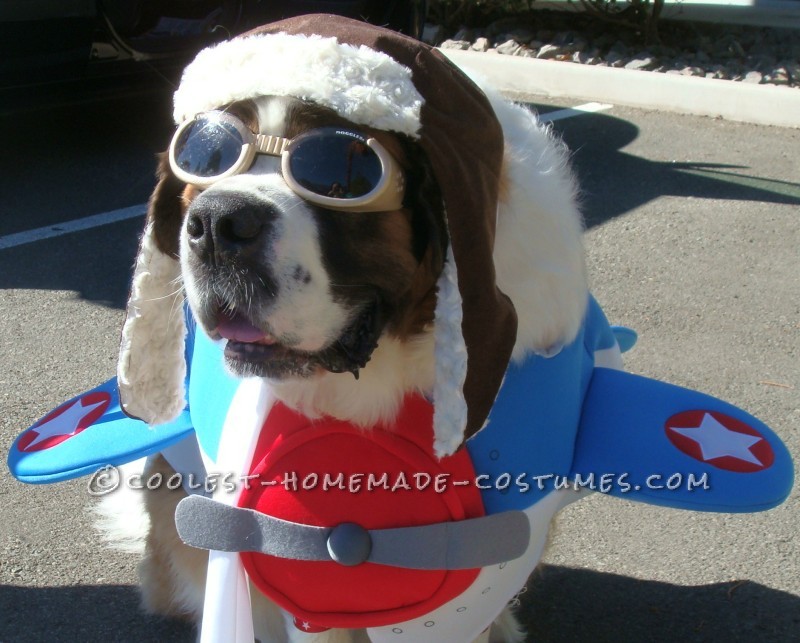 Snowplow soars within the clouds as Captain America in tribute to the true heroes our men and women in the U.S. military serving America wherever that may take them. In honor of the tremendous work of the service dog and soldier dogs assisting the wounded warriors and veterans the costume is in the light of my reflection as a flight nurse and USAF veteran with a care and concern as we try to make the world a better place.

Snowplow’s Pilot-in-training costume is designed using a system approach in the following steps.

Snowplow is our 170 lb. bundle of love and certified therapy dog. He loves being involved in everything and the center of attention. His strength of love for family and friends makes him very popular in the neighborhood especially with the children. Everyone wanted to hug him and of course Snowplow returned with his kisses.

The reaction ranged from “He’s magnificent” ” He’s beautiful” to “He’s adorable.” Others drew an analogy with Snoopy and his fighter pilot image on his doghouse. Snowplow wants to be part of everything and the center of attention so he was right at home in his airplane and pilot attire..Snowplow is very popular with everyone in the community especially the military and veterans.

Snowplow works with the local Saint Bernard Rescue, Saints of the West, 1 of 30 Saint Bernard Shelters in the country dedicated to bring attention to the wonderful efforts in search and rescue and love of this breed.

This is Captain Snowplow to the Coolest Homemade Costume Contest 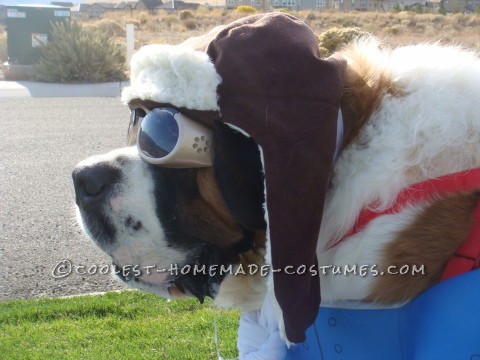 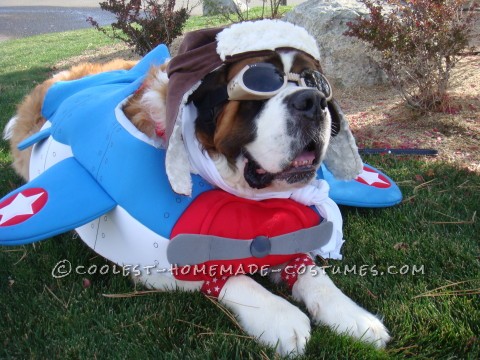