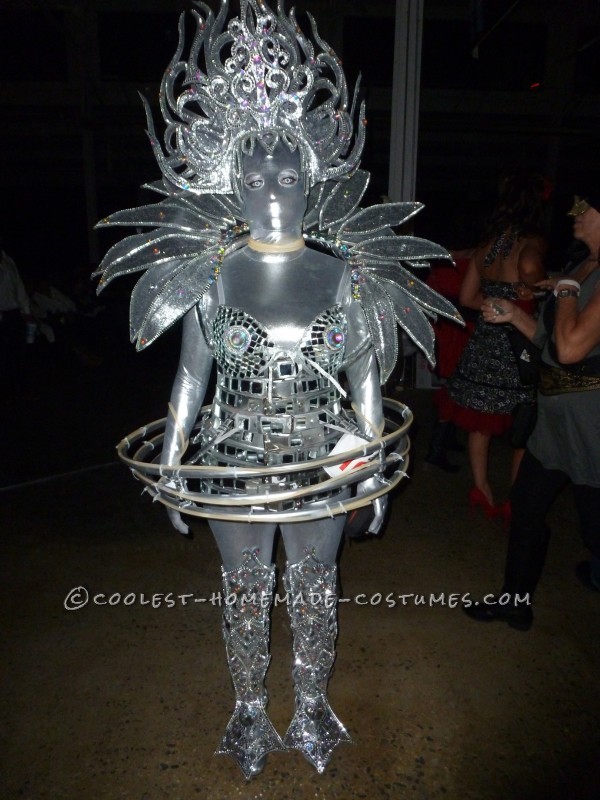 I worked on this costume for months. Where to start? The headpiece was made with intricate cut work into a thick bendable foam, on top of that, I put silver glitter and glue all over, then glued teeny tiny mirrors all over and some crystals.

The leg pieces are the same as the headpiece, back piece as well. Back piece had a padded hanger and was covered in metallic duct tape. I had a silver body suit on and the only thing cut out in it was the eye holes. which I had false eyelashes, the manson colored contacts, and metallic silver paint around my eyes. I took a bra and put huge crystals on it and lots of little mirrors, all with super glue. Then I took about nine belts. I spray painted them silver and glued little mirrors all over them, then I added three hula hoops that I had spray painted silver and attached them to one of the belts. On the hula hoops I connected a bunch of white glow sticks which can’t be seen in the pictures, they look yellow in the pictures. Also had them on my neck and arms. I had spray painted some boots metallic silver too. I think that’s it, lol!

I went to two different Halloween contests that were linked to each other and I didn’t win anything which was weird! What beat me was a colonel Sanders and a bucket of chicken store bought costumes, and an Edward Scissorhands , the rest of costumes had no creativity, so I am really not sure what happened, maybe everybody thought I bought mine too. People were in awe and took tons of pictures. Everybody told me that I had to win. I got told I was beautiful, lol! Amazing, it was a lot of fun. I couldn’t drink or eat for two hours before wearing and while wearing because my mouth was covered. I couldn’t breathe too good or see too good. The leg pieces kept slipping, so the silver shoelaces weren’t holding them up too good. and I couldn’t use the bathroom during this time either, lol! Not sure how I made it! 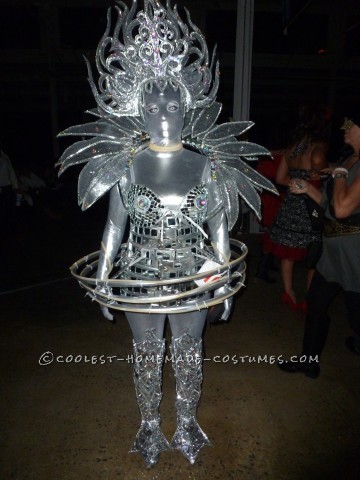 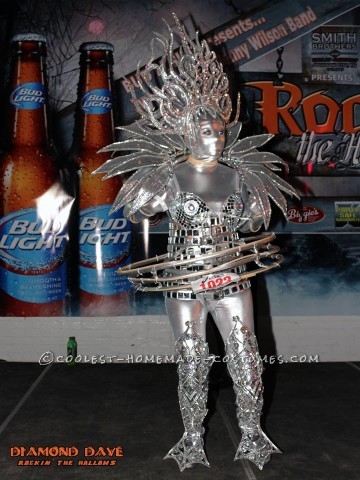 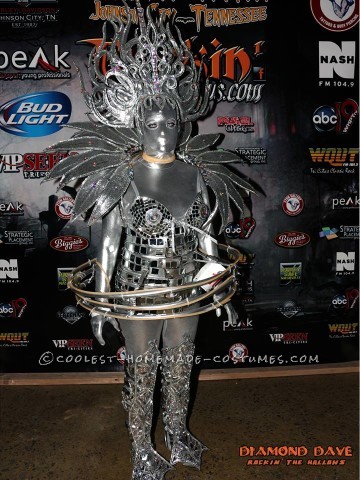 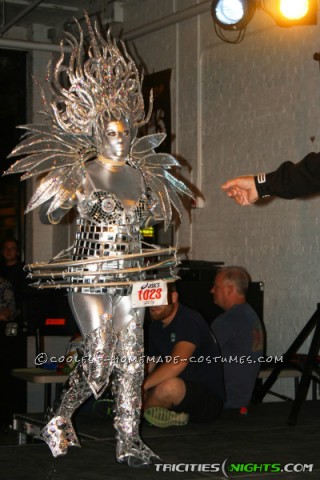 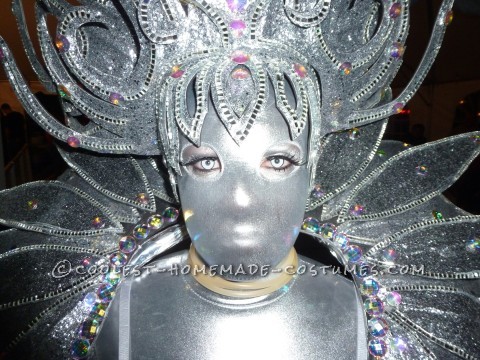