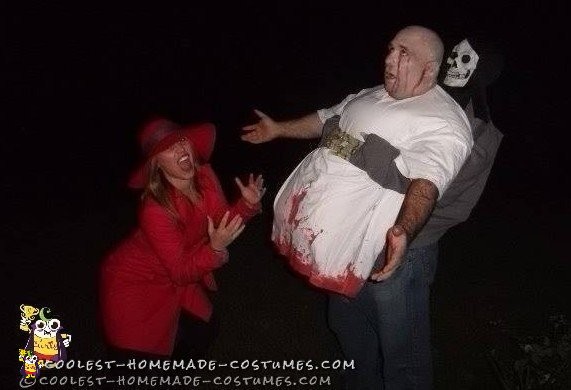 My coworkers really get into Halloween and it inspired me to do something unique.  I came up with this optical illusion death zombie Halloween costume because I was tired of the tired old costumes that were being used year after year and wanted something that would really catch people’s eyes.

I had a lot of fun doing this and it was really great to see people just staring at me, trying to figure it out.  I even laughed hard when I answered the door and saw kids begin to cry (though I don’t normally laugh at making kids cry).

This is not a hard costume to make. It took me about 3-4 hours to get it all together and about 7-10 minutes to get it on.  Fun was had by all.