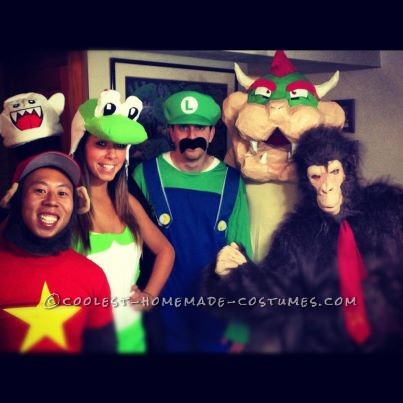 We all purchased “Huffy Green Machine” and “360 Razor” big wheels that claimed to hold up to 180 lbs. Lets just say they were able to hold a lot more than 180 lbs. Bowser, Donkey Kong and King Boo all weigh at least 250 lbs. Bowser was created using paper mache and tan sweats/t-shirt. He sewed and stuffed a shell complete with spikes. Yoshi wore all green and sewed a Yoshi head to a winter hat with a matching saddle and tail. Luigi purchased his costume- but this is easily created with a pair of overalls, green hat and a mustache.

Donkey Kong used an old gorilla suit and cut the eyes out. He also painted DK on a red tie. King Boo had on all black except for his white hat. This was perfect because in every picture he looks as though he’s floating. Diddy Kong had a kids monkey suit on with a red t-shirt and yellow star. He also rocked a red backwards hat. We were able to ride our big wheels up and down an outside mall. Every bar/restaurant went wild as we drove by. We literally had crowds of fans begging for pictures and rushing outside to see us pass. The local news even mentioned us on twitter. How do you know when you have the best costume downtown? When you pass a standing cop while racing/spinning 360 and he smiles to say….”this is the best thing I’ve ever seen.” 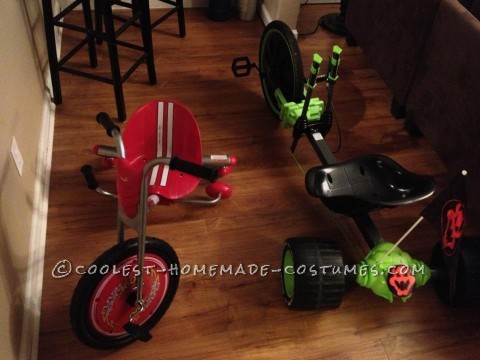 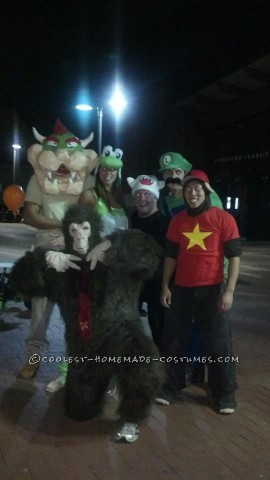 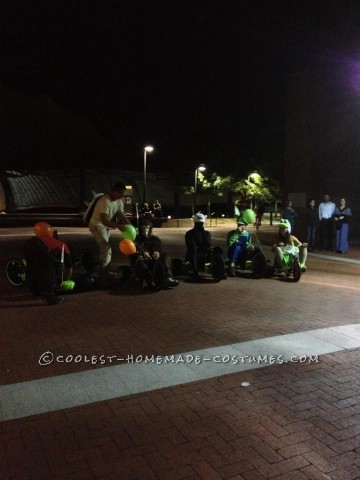 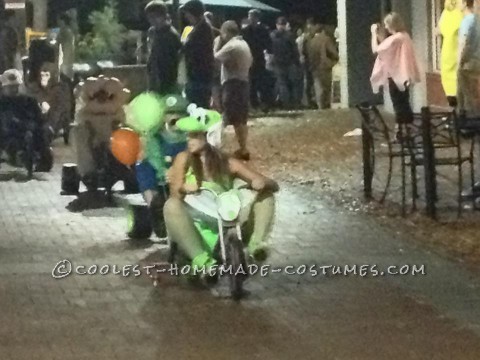 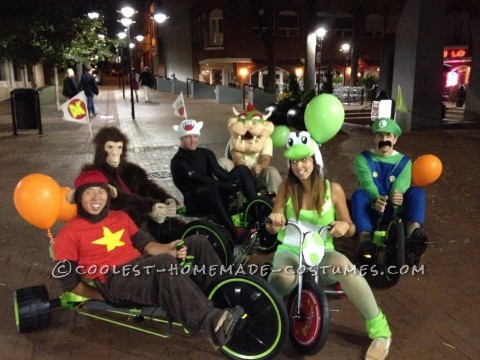 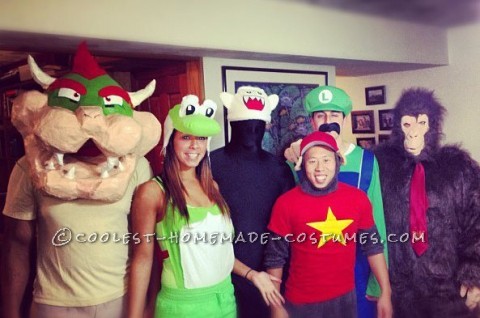