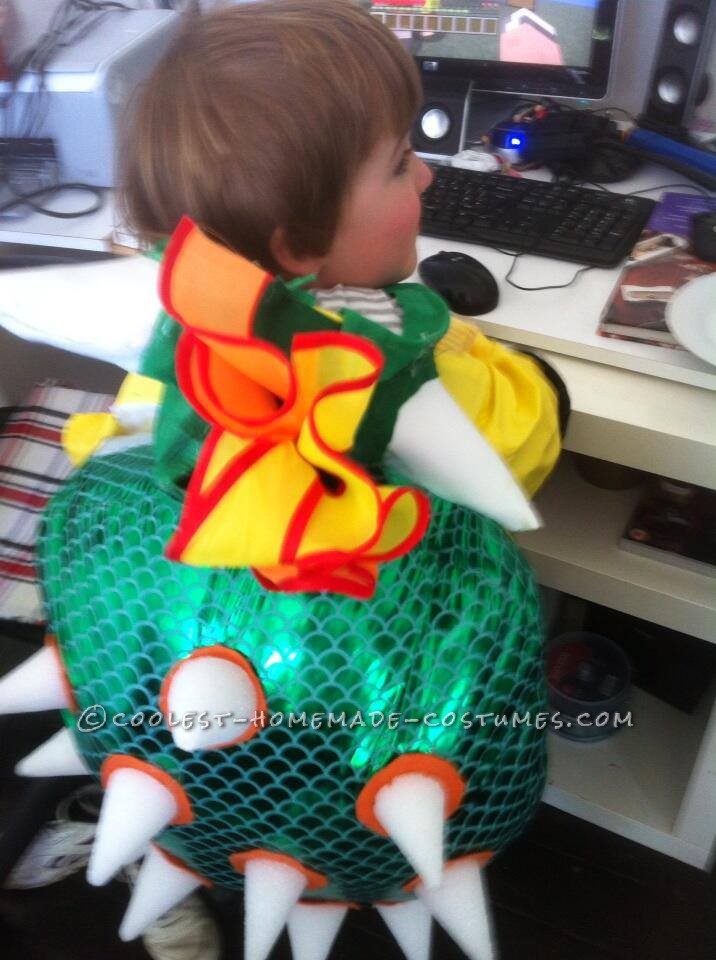 My youngest nephew is a hoot for dressing up. He’s been everything from a cowboy to a pirate to a power ranger. His imagination is boundless: just like his energy. In January of this year at just 3 years of age he asked me for a Bowser costume. At first I (naively) assumed I could just pick him one up online for 40 bucks. When I looked into it more I realized that there is no Bowser costume for kids and the cheapest one for adults is around $300 and after the trials and tribulations I’ve gone through to make it – I realize this is a fair price.

As I was going to the states for 2 months, I decided this would be a great place to pick up materials to make his costume. I told him it would be a gift for his 4th birthday in June – I also was getting married in between this! I have to say I was blown away by the fabric shops in PA. Luckily my now husband was an avid Mario fan as a kid and his eye was invaluable to sourcing the right colors for this elephant task of a Bowser costume. In Joann fabrics and crafts stores I picked out some wonderful green turtle like fabric for the shell, some great striped pale yellow fabric for the underbelly, and fantastic polystyrene cones for the shell spikes. I also bought a huge bag of crafters stuffing to fill the shell.

I began by drawing a huge oval shape on the reverse side green fabric for the turtle shell and added 1.5 cm for seam allowance.

I sewed this in a matter of minutes on my sewing machine and left a hole big enough to put the stuffing in. Later I hand stitched this to close the whole piece. After that I cut out circles on a piece of orange felt, which would then be glued on the shell as bases for the spikes.

For the underbelly, I decided I would sew rolls into the yellow fabric at 5cm increments. This I later stuffed with the crafters stuffing to pad it out.

My husband had the bright idea of getting a coat for him so that he could easily zip in and out of it, most 4 year olds don’t like to feel to constricted and this is somewhat a struggle with the monstrous Bowser costume.

I found a suitable yellow rain coat and built around the hood with green fabric and made some horns and wild orange fabric for the hair. In total the costume cost me about 80 bucks to make as well as the hours of labor and figuring out! It was worth it to see his big smile! 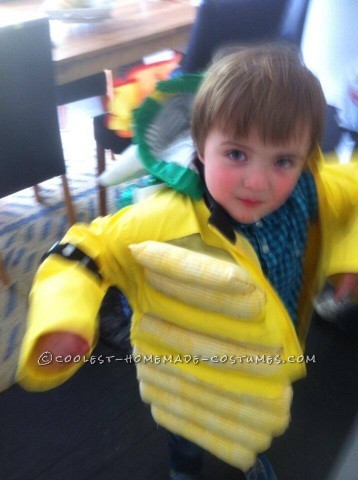 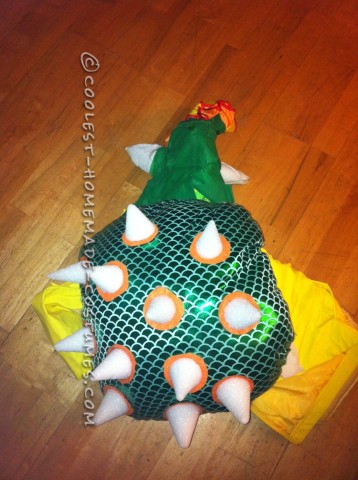 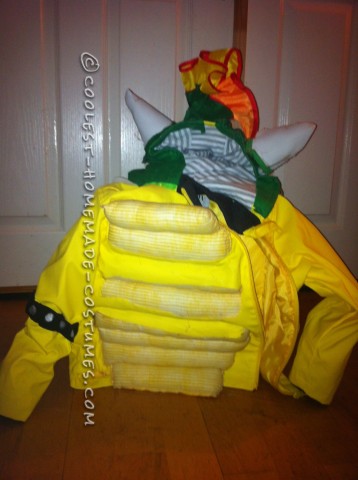 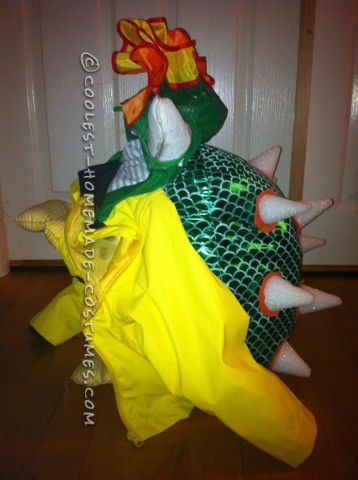 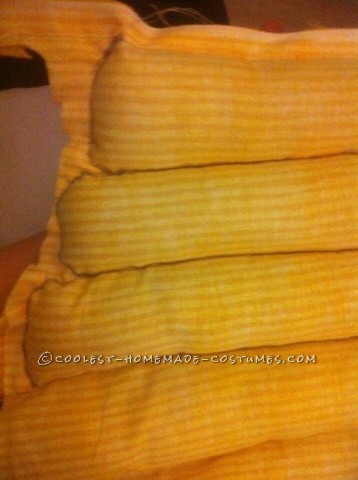 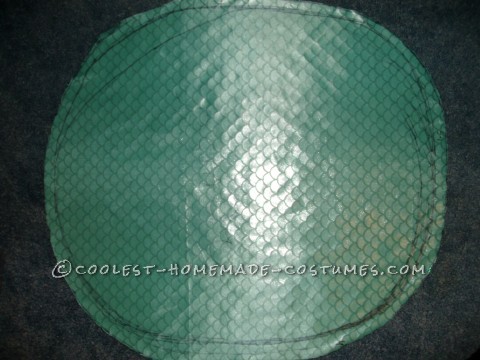 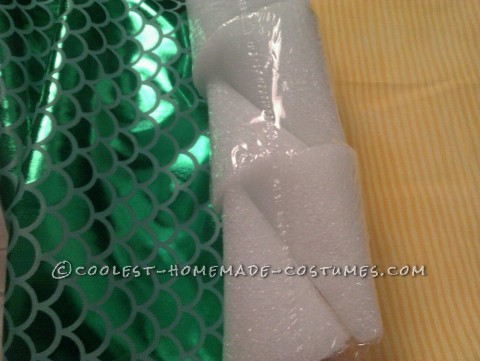 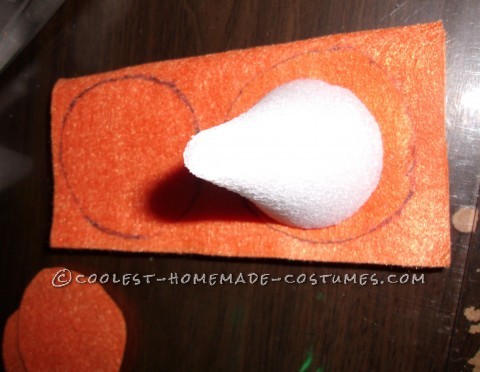 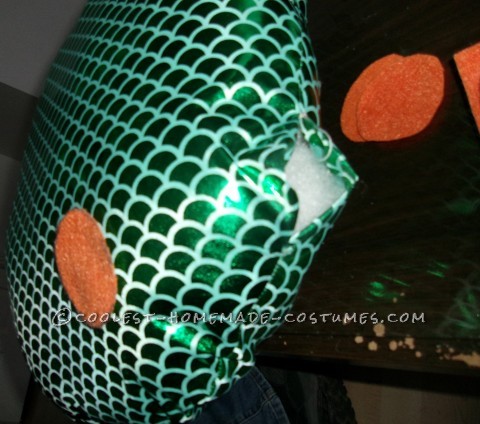 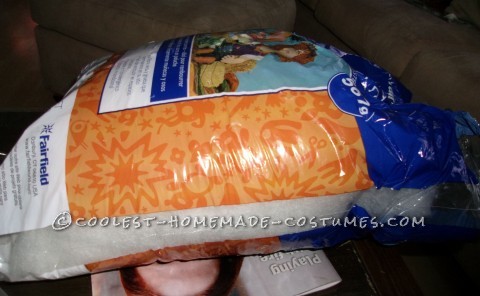 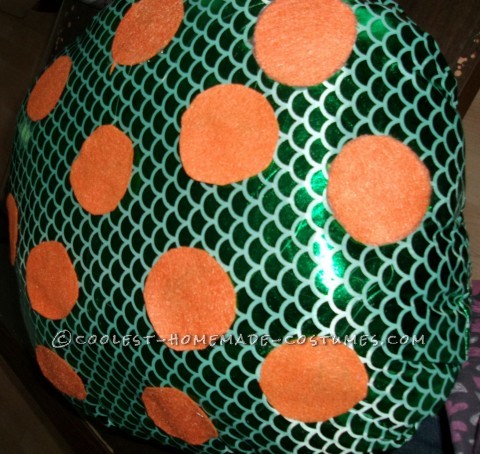 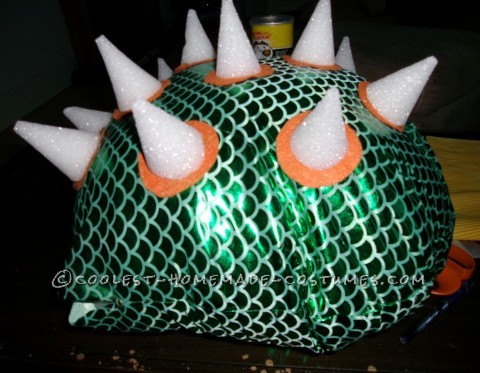