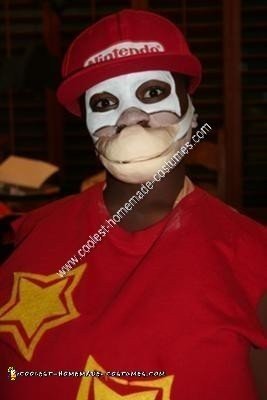 Every year my boys, Dylan (18) and Dustyn (12) choose a unique character to be for Halloween! This year, Dustyn wanted to be Diddy Kong. To make the Diddy Kong costume, I needed to figure out how to make the (monkey) mouth piece. Since I only had a week to make it, I decided against latex (which I have used in the past!) and went with a very light weight bakeable clay. I formed upper and lower jaws, baked as directed and then sanded them down into shape. The rest was easy!

I grabbed an old red shirt, brown sweat pants, and a red hat (oh yeah, and some felt for the tail!) and began making the homemade Diddy Kong Halloween costume. I cut out stars for the shirt and stuffed it and then cut out a print-out of the Nintendo logo for the hat. I ran hangers inside of the felt with some pillow stuffing and shaped a tail, which I attached to his backside with a belt.

I used elastic to attach the mouth piece to his face and then did some simple face painting to complete the look. Dustyn added the touches to his “dk barrel” trick or treat bag. All in all, he was very pleased with his costume, which made me happy too! 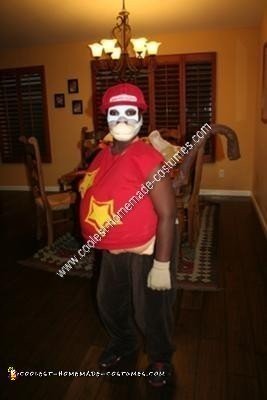 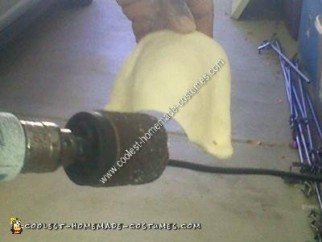 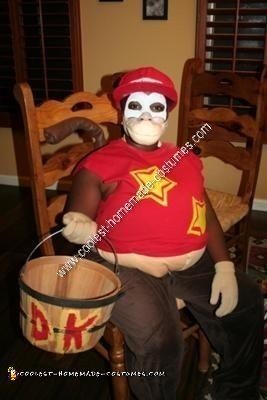