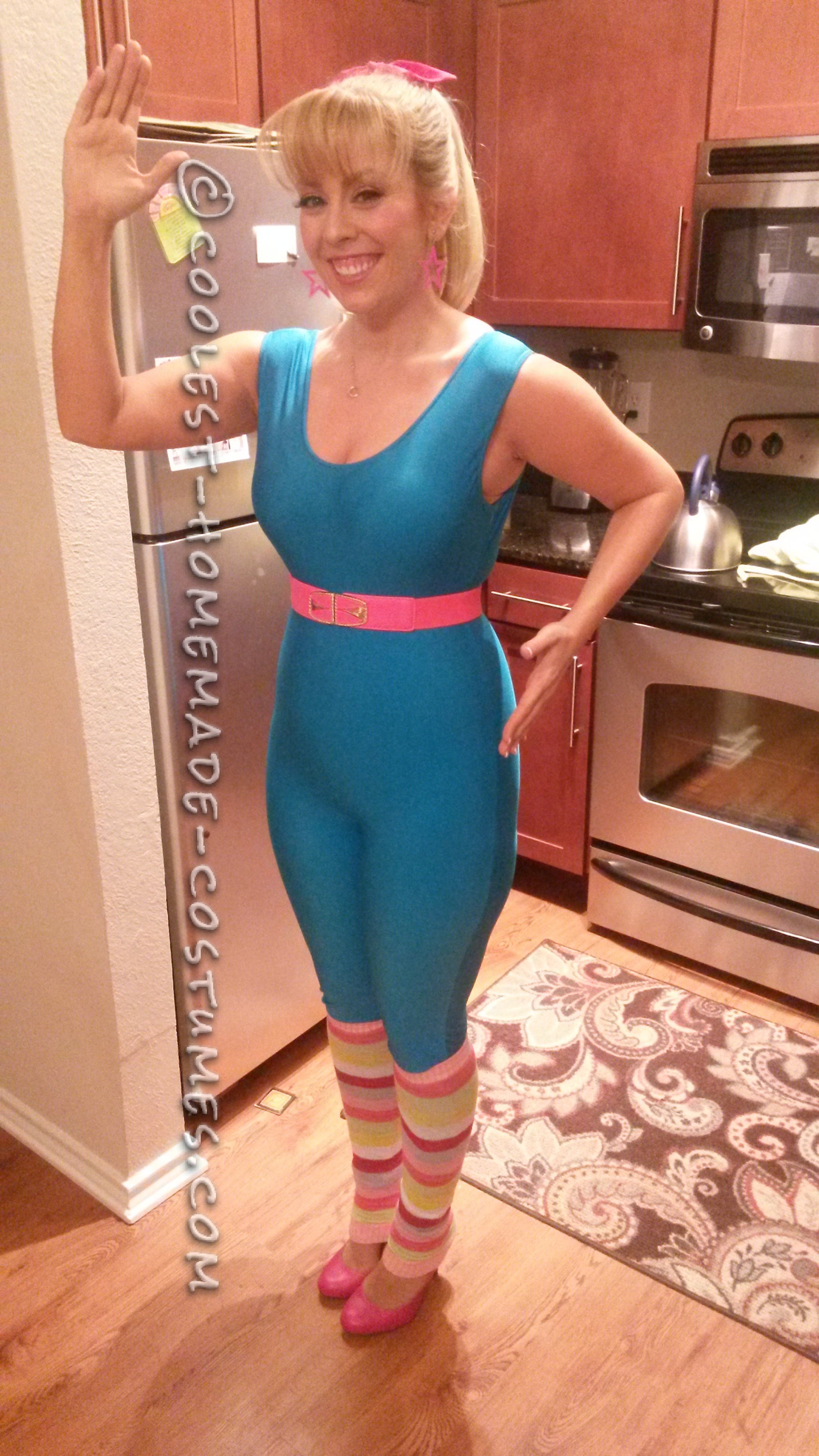 It’s always difficult to find a couples costume that allows for both parties to be recognizable when they are away from each other. After searching through several ideas, and really wanting an excuse to wear a wig, we settled on Workout Barbie and Safari Ken from Toy Story 3. I thought it would be a hilarious conversation starter- I mean, who doesn’t recognize Barbie and Ken? The boyfriend wasn’t on board initially, but I sold him on totally committing to the hilarity.

I began scouring eBay to source our costumes. They seemed pretty straight forward, so they were pretty easy to find. Here’s a list of where I found everything and how I put it together.

Hair: It’s kind of hard to find a blonde ponytail wig, so I decided to recreate the hair by curling my bangs 90s style (You know…that big swoosh that you can stick a whole hand in) and clipping in a pale blonde ponytail I bought off eBay.

I have a bit darker blonde than this ponytail, so I grabbed a can of Jerome Russell’s beach blonde temporary hair color spray and matched it as best I could.  I wrapped a pink ribbon around the ponytail to help hide the color disparity and bam! Barbie doll hair.

For both of us, we sprayed Sally Hansen leg makeup on our skin to give us a flawless, plastic-y canvas. It doesn’t show up well in the pictures, but it was really great to finish off the look

We had such a good time! Even those who didn’t know the movie recognized us as Barbie and Ken, so all in all it was awesome. The best part of the night was when someone turned on Aqua’s “Barbie Girl” and we went into a full impromptu doll dance. We had the room rolling!

This was SO much fun and really easy! Bonus points if you try to do everything with Barbie hands! 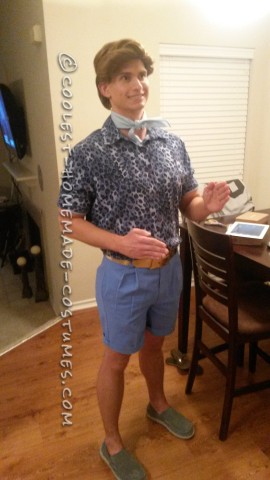 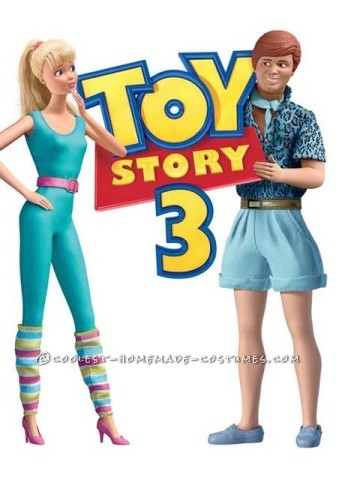