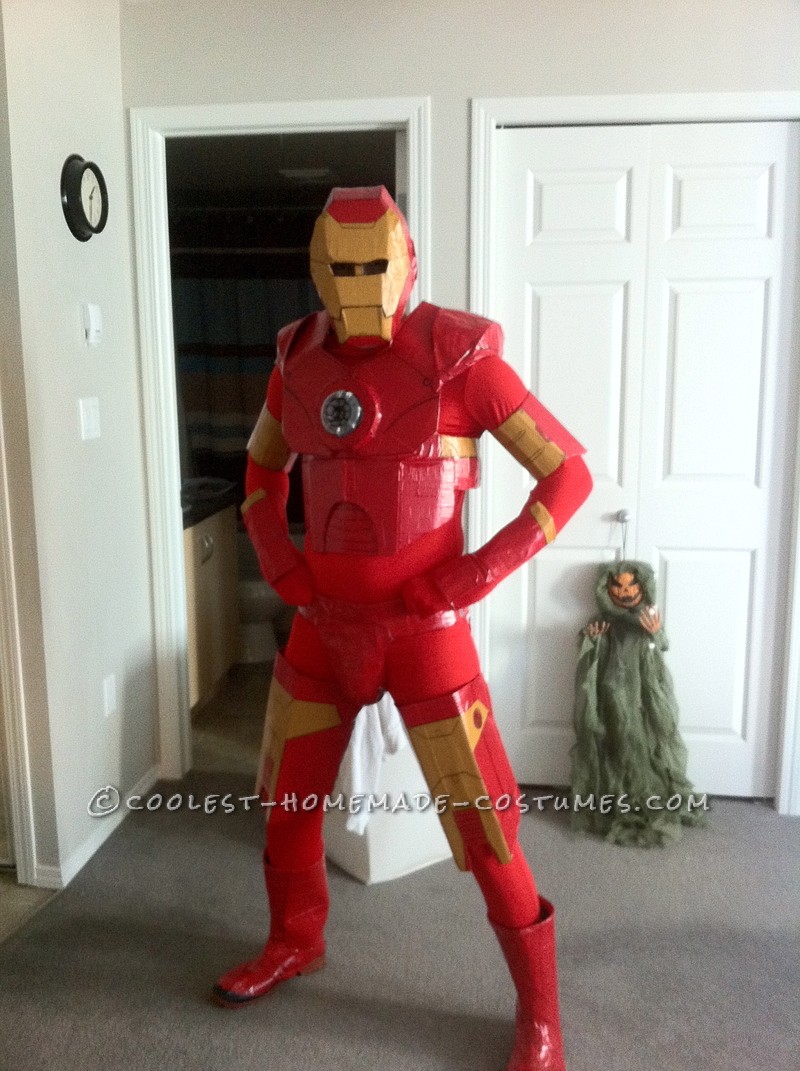 This is my Iron Man Halloween Costume for Halloween 2011. The Iron man movies being such a big hit, influenced my decision to make this costume. I wanted to make it fairly realistic but still have a cartoony feel to it. Using my two favorite things, cardboard and colored duct tape, I constructed this costume over a period of 3 months. For the helmet I cut and formed cardboard, covered it in silver duct tape, and then covered the red part in red duct tape. All the yellow on the costume is a High Durability melamine cabinet paint.

All of the final details I used permanent markers for. The shoulders of the costume are wire and duct tape. The spandex is actually  a red morph suit.

For the Arc reactor, I took an adhesive under the counter light and used the contained holding my wire. I then wrapped wire around it, and I used glue and duct tape to hold it in place. The very center is open so that I could push the light to turn it on or off.

This costume cost a total of 80$

This costume won me 150$ and three candy bags. 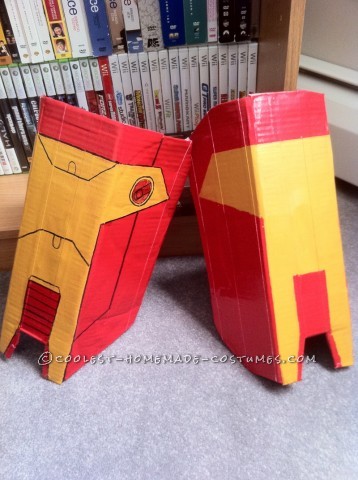 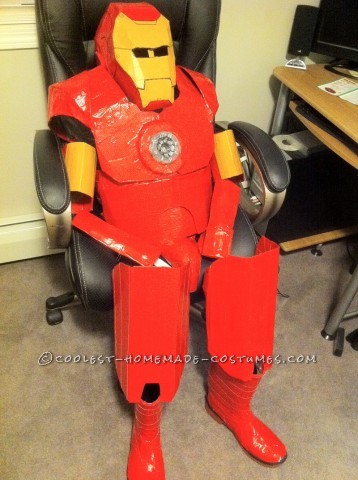 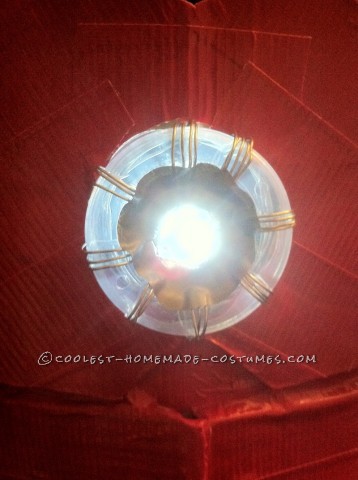 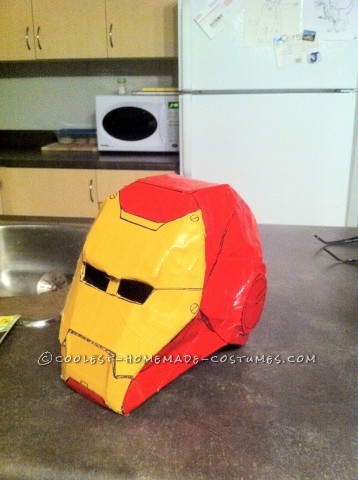 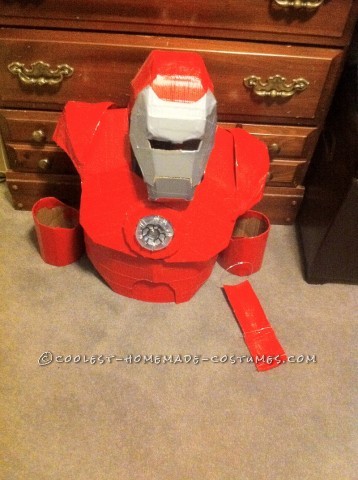 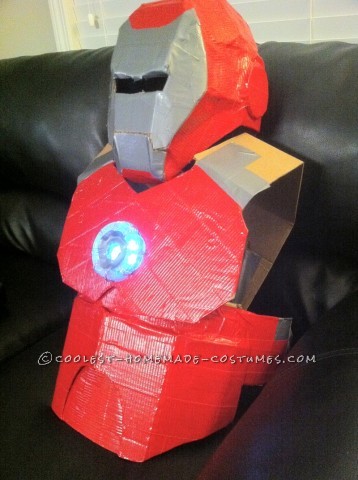 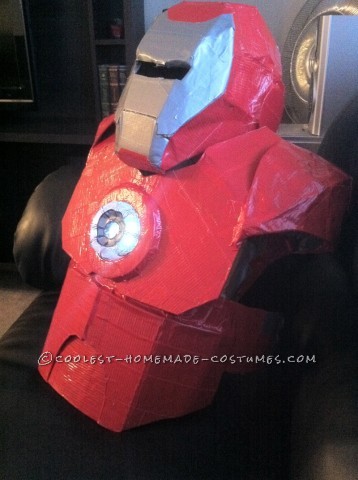 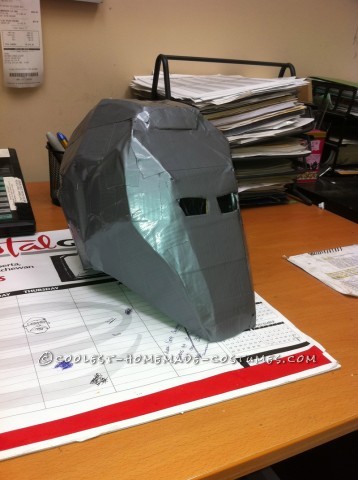 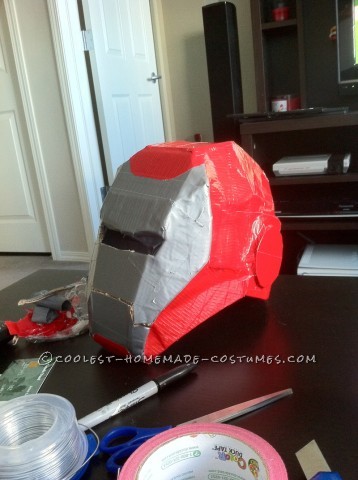