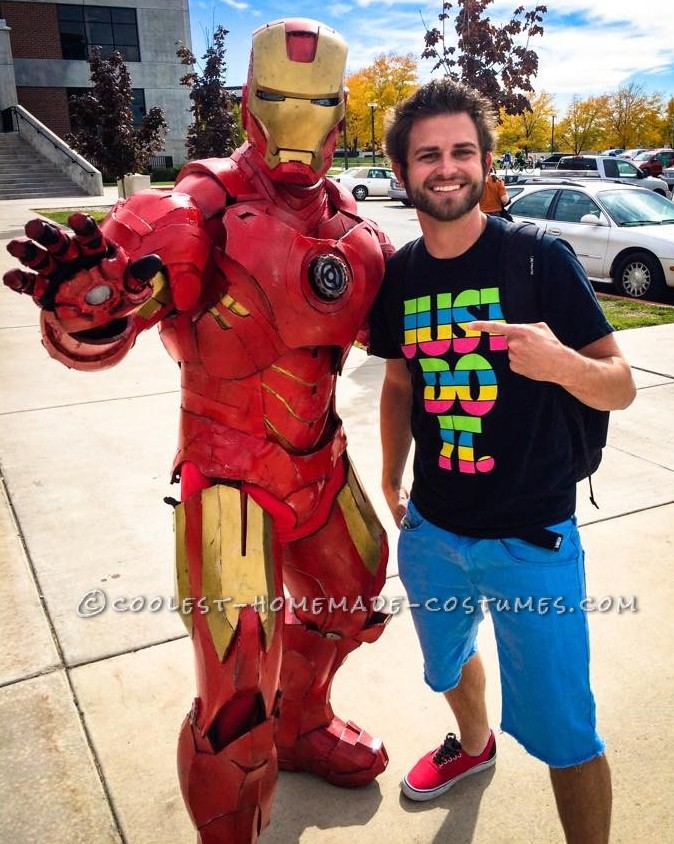 I have been working on this Iron Man costume for over a year and a half now and I love spending time on this project. I think one of my favorite things about this suit is how much I make people’s days when I walk around with it on. I built the costume because my 5 year old nephew and I were watching the Avengers and he thought it would be so cool to have the suit and I thought, “yeah it would be.”

I tried to determine the best way to create this costume and found a unique way of building it. That way was out of flexible foam and 3D programming. I made a 3d scan of my body and then scanned a suit from the movie and layed it over the top of my body on the computer. Next, I placed it in a 3D program for origami and I made templates of each piece, cut those out, laid them on the foam mats, and cut them out on those. Then I hot glued it all togther which was easier said then done.

The helmet was one of the hardest things to build. It is the focus point, so I had to make that incredible. I used sunglasses and LED lights and wired them to the helmet while making a coat wire hanger into hinges for the face plate to open and close.

Then, I sprayed the whole thing in Plasti Dip which is a rubber coating. I painted it and wired electronics from headlamps for the hands. I also took a old Axe hair gel container and made the arc reactor in the middle. I used silver acrylic paint all over it to give it the battle damage that makes it look like steel. It is always super funny when I see people come up just to touch me and see if the suit is steel. Ha ha!

I won a costume contest at the Legacy Initiative in Utah which was super fun to be apart of. 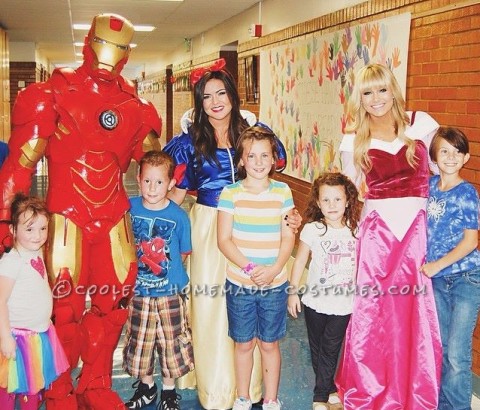 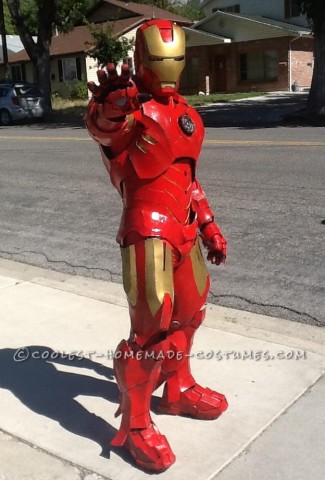 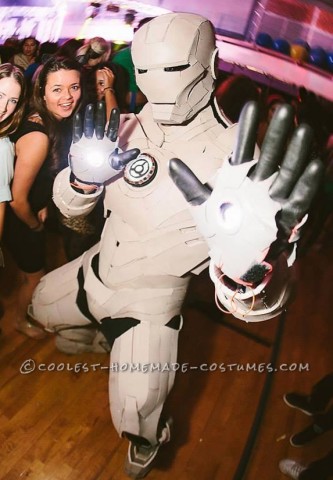 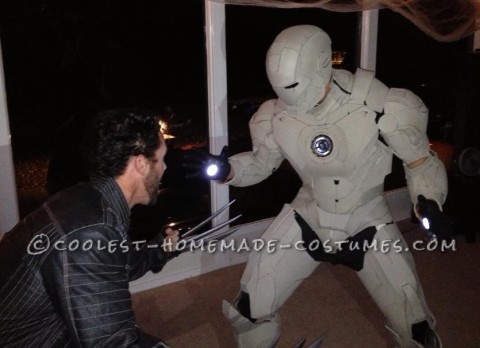 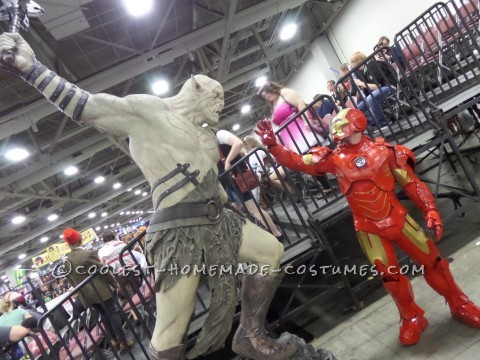 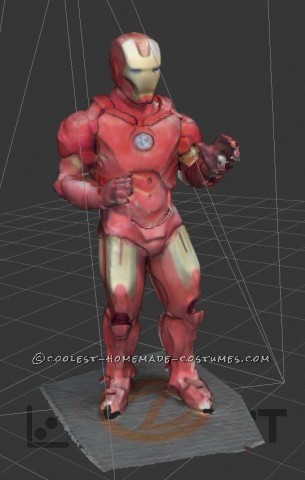