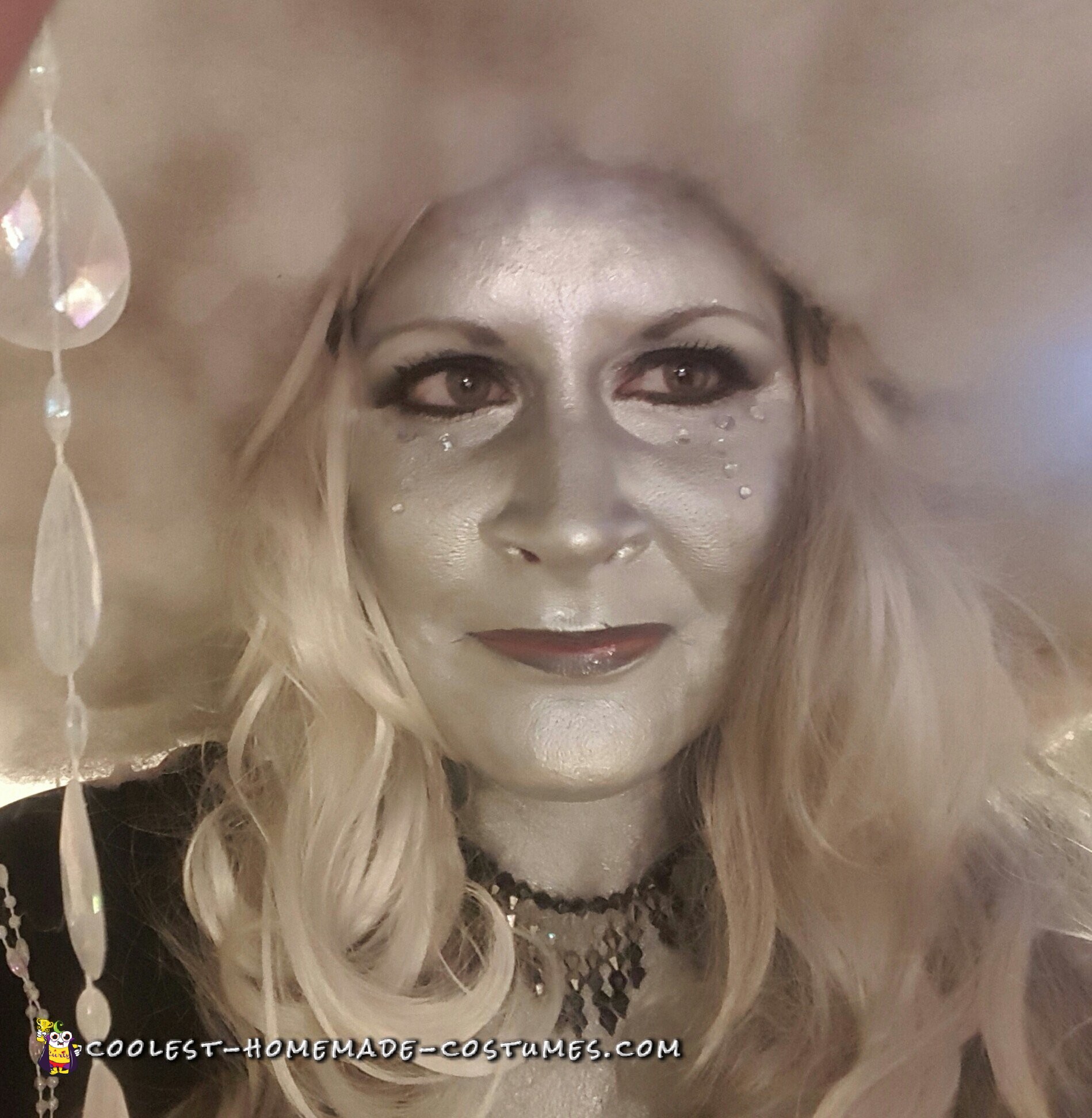 This costume was inspired by a picture of a storm figurine statue I saw online. I like original ideas and felt this was it. I was always into art but never did anything with my talent. I became an RN and felt like I lost myself and the things I truly enjoyed. I’ve recently tried to explore my talent more. This costume turned more heads than I’ve ever seen in my life. Everyone went crazy.

I first took inflated balloons from local dollar store and duck taped them together in the shape of a cloud. I then used a flour and water paper machete mix with newspaper strips and layer them over the balloons to harden over night ×3 layers. Then I took a ball cap and cut bill off. I then cut an area in bottom of paper machete cloud and hot glued hat in. I then hot glued battery operated lights all over cloud and clear door beads draping down.

Next I took spra year adhesive and poly pillow stuffing and fastened to cloud. Lastly I used charcoal spray paint to darken areas of the cloud. I bought a cheap black dress, silver tights and used my black boots. I drew and cut lightning bolts a poster board and then covered it in silver sparkly duck tape right cut around and use velcro to fasten on my dress and boots. Of course when to use silver face and body paint to touch up any areas that showed.

I bought a set of fingerless silver gloves. I also bought a grey and black wig from a costume shop. Lastly I bought two battery operated lightning balls which I inserted into a large bra cut and inserted them through along with cutting areas out of my dress. Fasten those in place with black duck tape on the bra. It was quite the lightning show. I even had a thunderstorm noise maker! The reactions I received were absolutely priceless. I’ve never had so many people turn around look at me in my life. It was definitely worth the effort! 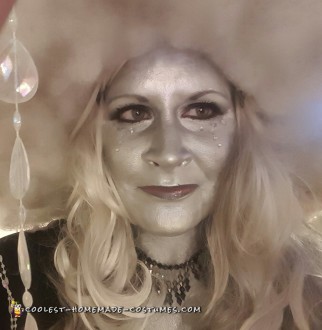 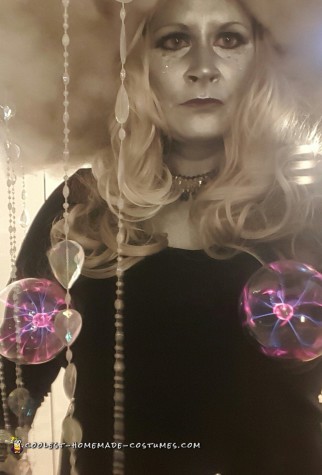 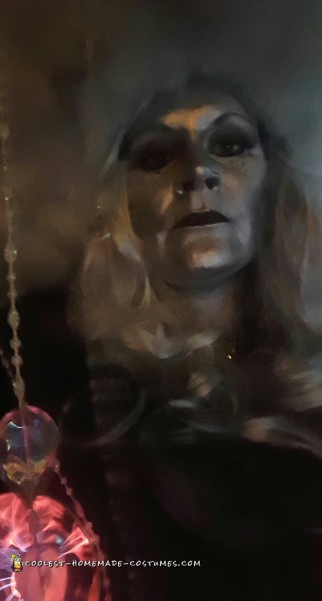 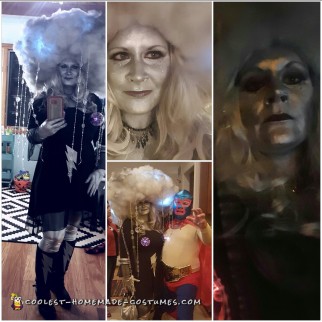