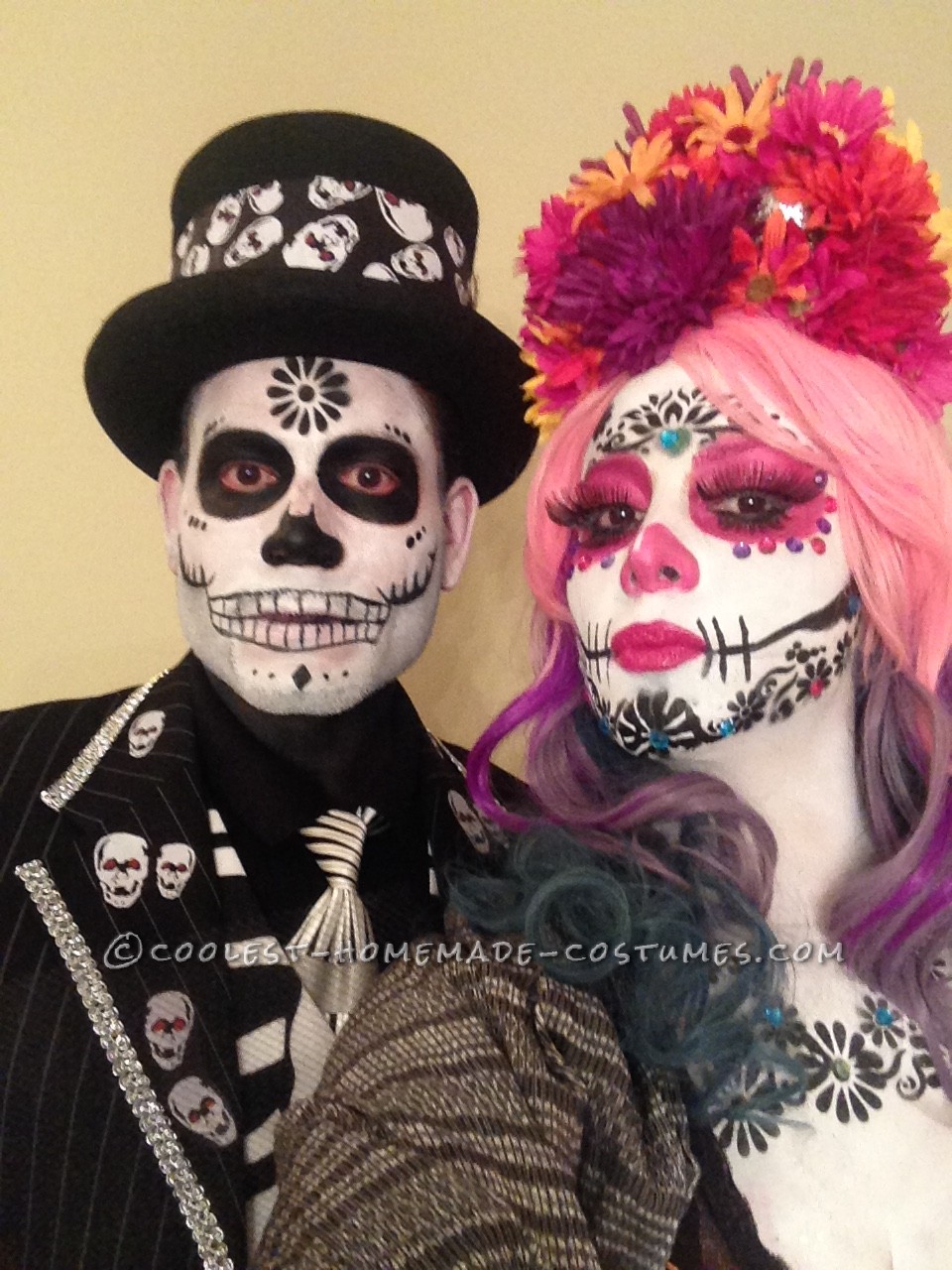 My wife and I like to put some effort in our costumes and we usually imitate a popular movie character.  Our inspiration came from the movie “The Book of Life” this year.

Costume for the male was put together using a thrift store suit and accessories from a fabric store/Halloween store.  The skeletons on the suit were made from a fabric piece where an adhesive backing was ironed on, then cut into smaller skulls, then ironed on the suit.

Left over fabric was used to make the band on the top hat. The silver trim on the suit edges, sleeves and pocket were purchased from a craft store and glued on using a hot glue gun. The male’s tie should have been plain white but ran out of time so picked a tie off my own rack.

Both faces were painted using a non-cream type makeup to avoid smearing. An airbrush makeup machine was used to spray paint the detail using stencils purchased at a Halloween store.  The eyes, nose, and mouth areas were hand painted. Adhesive beads were used on the female face to add sparkle.  These beads can be purchased art a craft store.

Total time to put together costume was about 2 – 3 hours.  Makeup was about an hour.  Happy Halloween everyone! 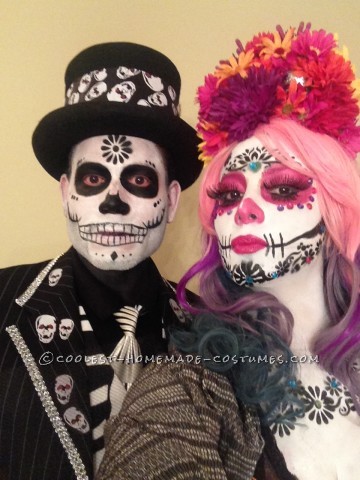 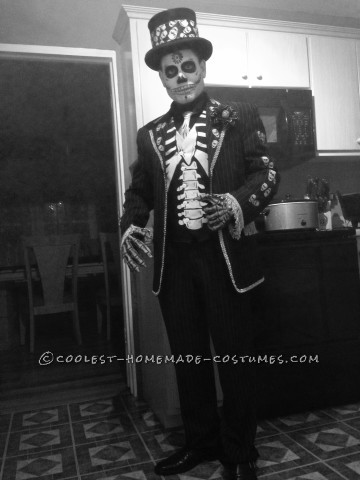