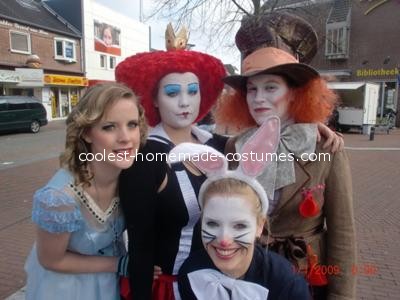 In Holland we celebrate the feast ‘Carnaval’ every year. It’s a five day during event and our goal is to have the most original costumes. Last year we were inspired by the movie Alice in Wonderland. We mostly put our costumes together ourselves, except for the Alice dress and Queen of Hearts wig and dress. These items we’ve ordered from various costume-sites.

The Queen of Hearts make-up and Mad Hatters make-up took in a lot of time, and we repeated it every day! For the Queen of Hearts we had to ‘remove’ the eyebrows first so you could get a longer forehead, like in the movie. We did this by putting glue over them a couple of times. Then we could start with the white base and blue eyes. The Mad Hatter was a lot of work because we had to use so many different colors to make it look as close as the real thing as we could. We used 4 shades of eyeshadow and two shades of blush to create the eyes, crazy eyebrows and the other contours on to the white base.

The clothes for as well the Bunny as the Mad hatter were items we already had in our closet and pimped out to resemble the characters of the movie. We added a lot of details to make the outfits more fun, like the wand with the cards of Hearts, the teacups that were attached to the jacket of the Mad Hatter and the Bunny with her alarm-clock so she could yell: Too late, Too late!!

We also made a brownie cake and iced them with the words: ‘Eat me’ like the Upelkuchen-cake in the real movie which Alice carried and handed out.

We had a lot of fun creating these outfits and enjoyed wearing them. We got a lot of attention and ‘paparazzi’! 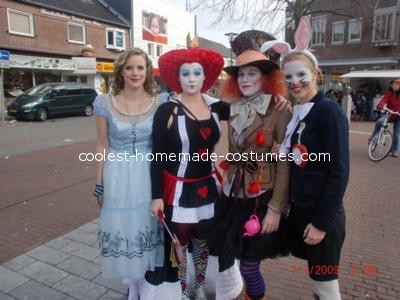 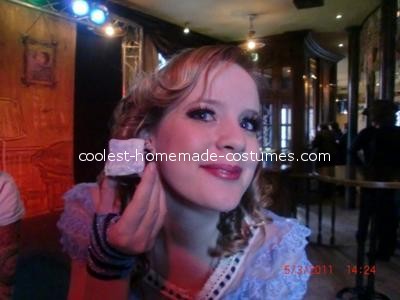 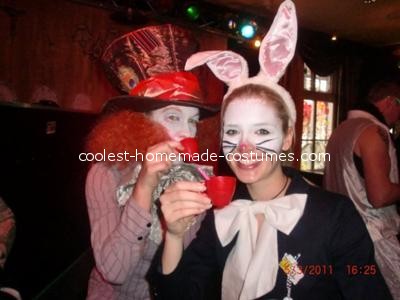