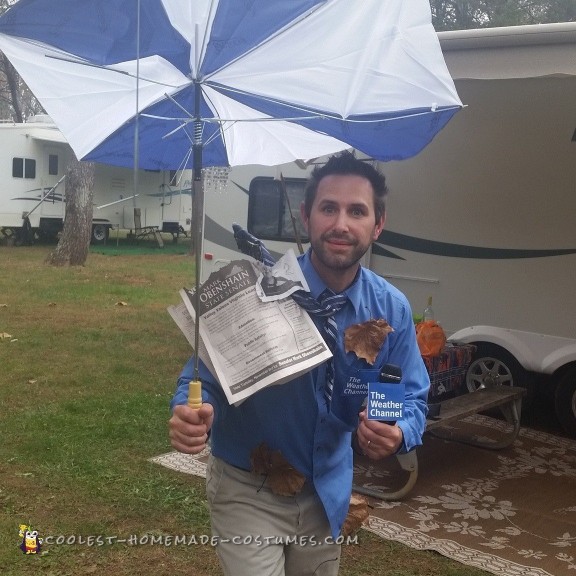 After seeing the many Hurricane reporters over the summer I thought that for Halloween I would dress up as a weatherman in a storm. I was thinking this would be very original but after research I found out it had been done before. Luckily the group of people I was around on Halloween found it to be very unique. I really stole the show and it brought a lot of attention. You also could dress up as a weatherman for a whopping 0 dollars! Cheapest and greatest costume I have ever used on Halloween.

All you need is a tie that you will put wire inside of, umbrella, shirt, pants, and whatever else you want to be stuck to you to make it your own! I was in a crowd of probably 200 people and was getting my picture taken left and right. A very high up, very well known Meteorologist tweeted my picture on twitter which was really cool. I just used duck tape to tape the leaves and news paper so I would ruin my shirt or pants with glue or something else.

I used a cloth hanger for inside the tie and just bent it over my shoulder. It’s fun and easy, probably do it next year but find a way to do it better. Maybe adding more of a rain or wet look somehow. But this was without a doubt the best costume I have ever worn on Halloween, my family and friends agree as well. It was a no contest when I won the adult costume contest. I’m usually not into the contest but everyone insisted that I did and I was repeatedly told I would win. They were right. I won most original. I’ve got some many pictures with family and loved ones with this costume that the memories will last a lifetime. 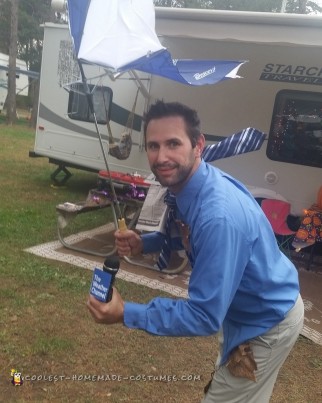 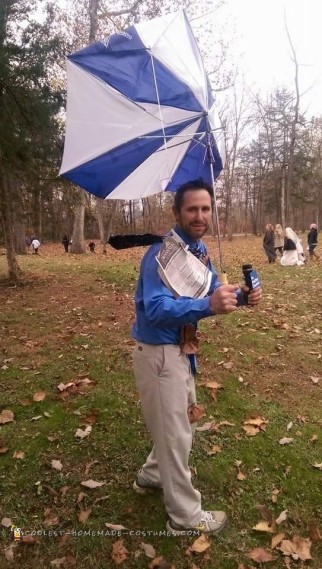