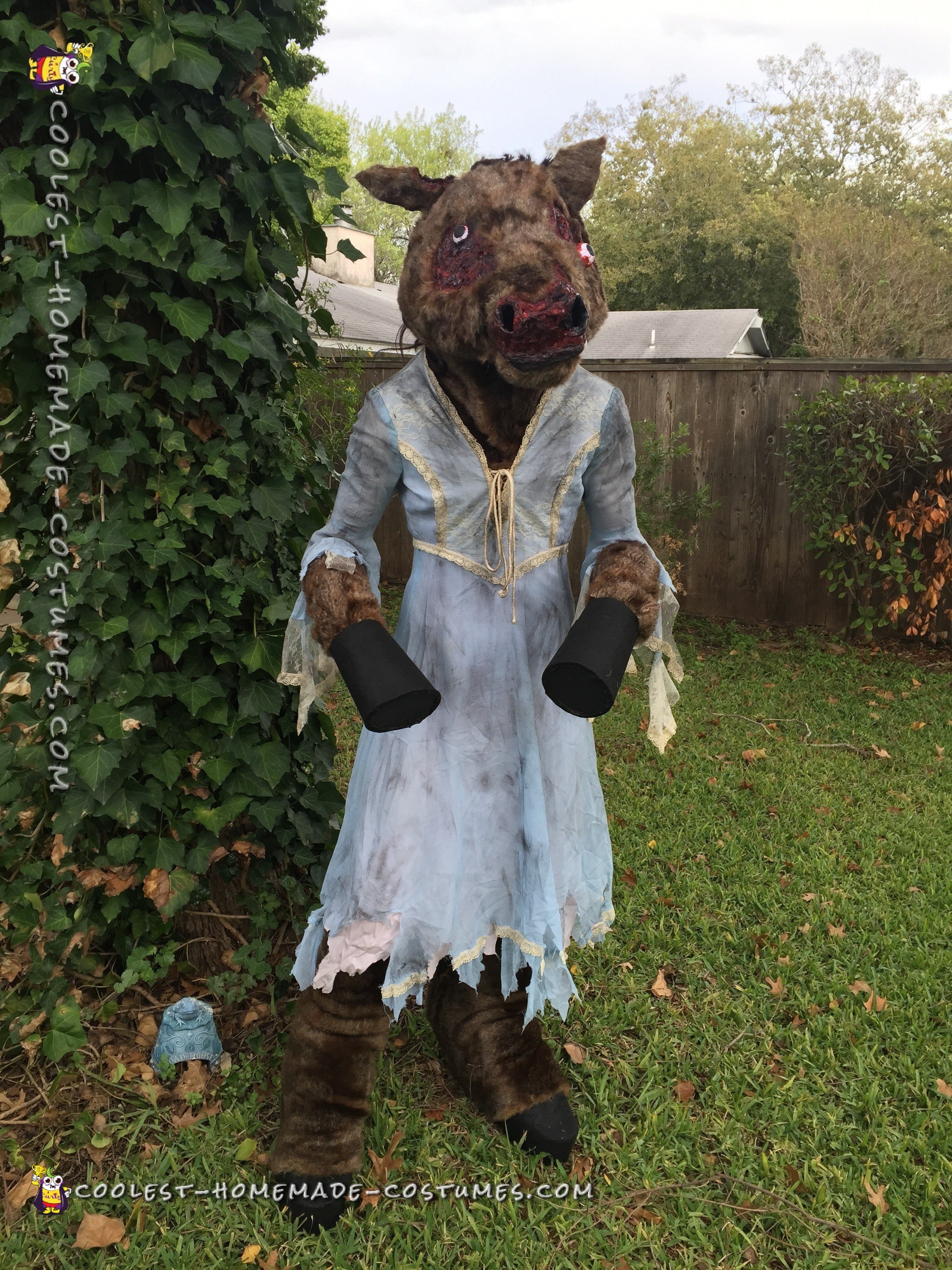 This is my son, Jake. We live in San Antonio and everyone who lives here knows of the local Urban Legand, The Donkey Lady who lives under a bridge and terrorizes anyone who comes near the bridge. The story days that she was burned and resembles a creature that is half human, half donkey. We have never seen anyone attempt this costume before.

My son drew out a design if his idea of what the donkey lady would look like. We began with shaping the head and then started layering with newspaper strips duped in glue. After several layers dried, I started using pieces of toilet paper and glue to put burns and open wounds on her.

Once dry, we began painting the burns to make them look as real as possible. I cut holes for the eyeballs and he wanted one ha ongoing out, so I used paper twisted ribbon and hot glued the eyeball to the paper ribbon. I poked a hole in the eye socket and ran the ribbon through it and hit glued it to the inside of the head to anchor it. Then I started placing the fur on the head. I cut the ears from a milk carton. We used foam pieces cut in wedges, felt and faux fur to shape the legs & hooves.

The arms were felt & faux fur glued to long gloves. We used a small plastic vertebrae piece that we had left over from another costume, and just cut a whole in the fur & glued it and added blood. We used a vintage dress that was great for the look, but my son’s shoulders were too wide, so I cut out the zipper and hot glued loops of ribbon to create a corset look and just laced it up with the same ribbon.

It took a lot of work, but it was very unique and everyone knew exactly who he was. It was so original! We are very happy with the results. Everyone in downtown San Antonio at The River Walk recognized The Donkey Lady! Lots wanted to take pictures with him, and a lot were terrified of him! 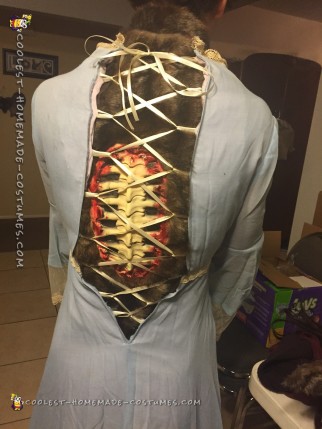 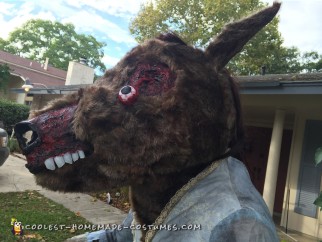 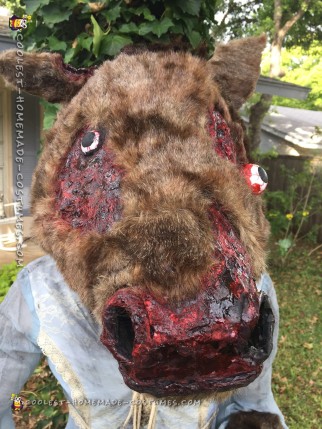