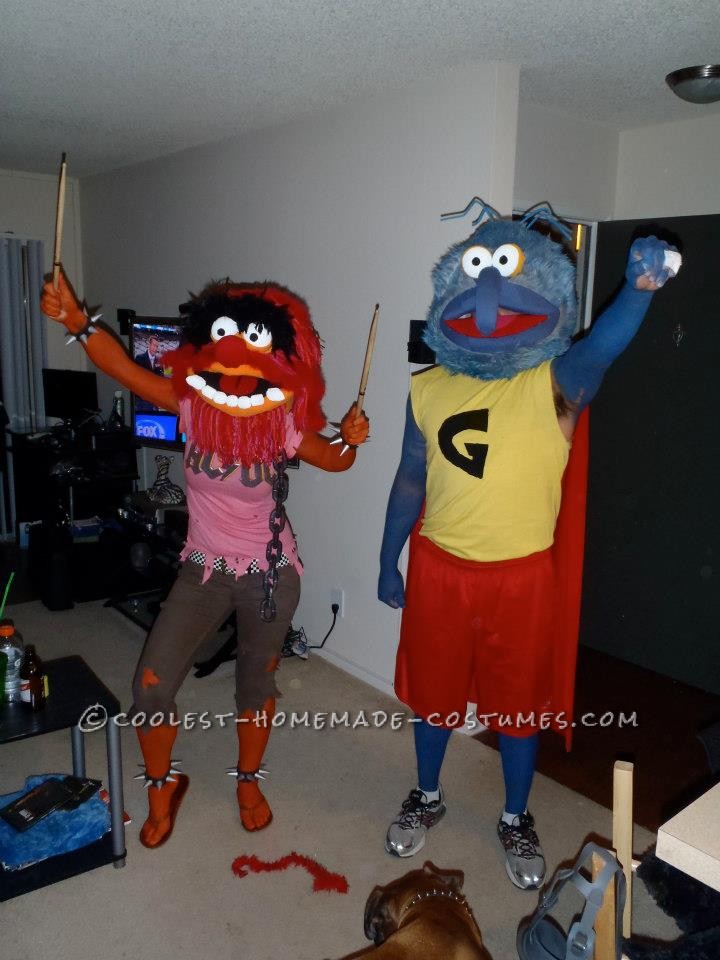 To make the heads of the costumes I researched how to make foam character heads on instructables.com and after a few paper prototypes I had the basic shape for each of the characters, Animal & Gonzo.

I covered the foam in orange felt, used colored wool for the hair, styrofoam balls for the eyes & nose (covered in red felt). The teeth were made from cutting foam and stiffening it with several layers of paint. The mustache and eyebrows were feather boas. I attached most things with fabric glue because it was so much quicker to do than sewing, with a few stitches added here and there for security. I was able to see through the mouth, just above the tongue there was a narrow gap. For the outfit I had most things already in my closet and the Halloween store had the props I needed such as the chain and the spike bracelets. This was a really fun costume to wear and got great reactions! Most people assumed I bought it somewhere which means I must have done a good job :)

For Gonzo my biggest issue was getting his nose shape right. After a few failed experiments I ended up using a plastic banana – perfect! I covered most of the head in grey furry fabric that I then spray-painted blue to get the right blue/grey color I was looking for. Blue felt around the mouth, styrofoam eyes and then I used pipecleaners for the unruly pieces of hair he has on the top of his head. I initially wanted to put Gonzo in a labcoat but time was running out and no lab coat was in sight so I went with Super Gonzo. The shorts and cut-off t-shirt were easy to get, a big piece of felt for the cape and then I cut out a black \”G\” from a scrap of felt. Add some body paint and ta-da!

I loved how these costumes turned out. They were pretty comfortable and light to wear and it was easier to see through the mouth than I had been expecting. It took me a week to make both of them but I was pulling very late nights to get it done. I would definitely allow more time in the future! 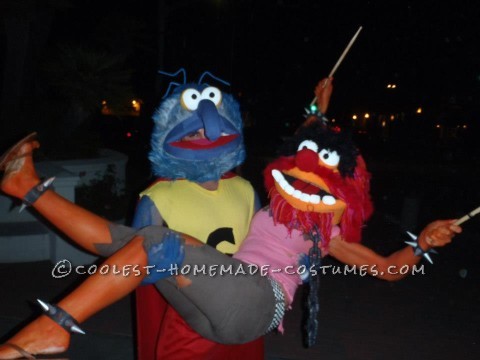 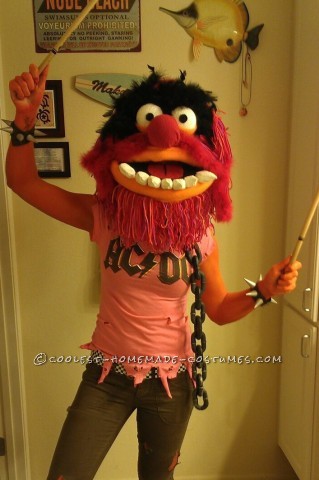