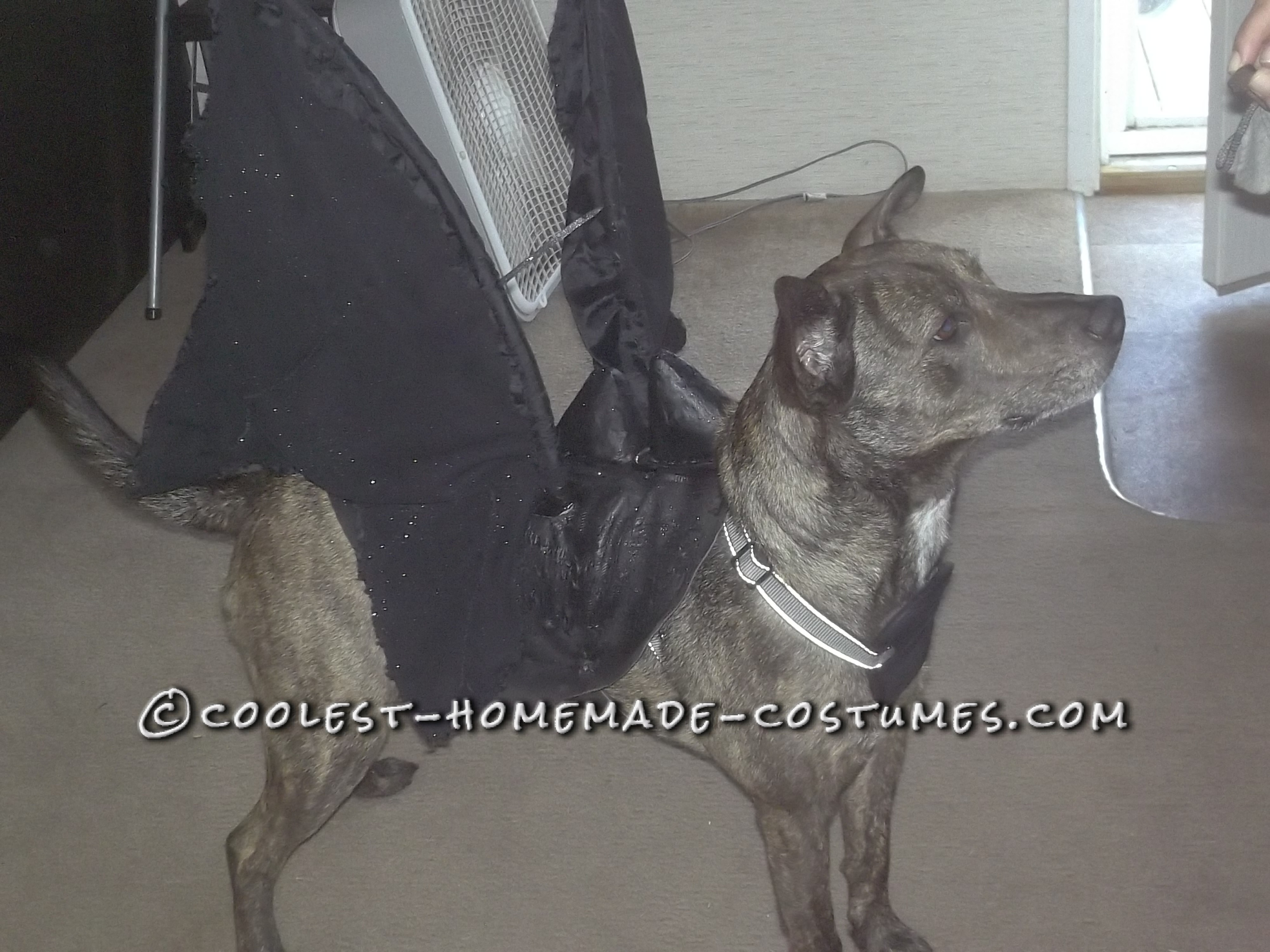 Well, my boyfriend is going as a chainsaw wielding Nazi clown and I couldn’t think of anything I could dress up as that would match that, so I had to think what I could go as by myself. Then I realized I didn’t have to be by myself, I have a dog that could dress up and be embarrassed with me.

Back to thinking, and more thinking, then it hit me like a boulder upon Wile-E-Coyote’s head. I could go as a dragon trainer and my best friend could be my dragon. So I began looking for household items that could be used being low on funds and all. I used my dog’s kong harness as a base and just went from there, I found old worn out leather chaps, I then cut one leg into a triangle shape, draped it over my dog and just started cutting until it began to look right. I took that piece and cut holes in the leather to poke zip-ties through, so it would secure it to the harness. Now I had what was starting to look like a costume (the Base), but ooh no! the costume moves around too much! So I took the straps from the top of the chaps, fitted it around my dog’s chest area and began sewing (leather to leather, by hand, everything was sewn with needle and thread. Ouch! my poor fingers!). Then I had to sew that part to the base of the costume (the harness part). After I got that wrong a few times, I got it right, then I cut holes on the sides where I decided on the placement of his wings. Wire coat hangers is what I decided on for the bone structure of the wings. I weaved the wire into the leather, making sure none of it touches my dog’s skin as it could agitate him while walking. Then I realized I needed a lightweight kind of floppy material, I ended up finding, you know the stuff that’s stripped off wire before you scrap it? Yeah that. So I duct taped that a few times to make it sturdy. Then I found an old black dress and cut the wing shape. I had to cut four pieces, two from the underskirt and two from the dress. Sewed up the first one; no problem (remember by hand), then here’s the funny part, sewed up the second one just like the first one. It Was Supposed to be REVERSED! So I had to undo it all and then resew it. After I finally got the wings on, I realized they kept falling over. Luckily my fitted sheet was just ruined, so I used the elastic from that to connect the wings. Now when he runs, it kind of looks like he’s flying. Now the spikes, those were made using Styrofoam, I covered that in paper mache, then super-glued the spikes to the rest of the costume, then caulked the edges. The next day, one town over was having a costume contest and I was almost late because of wardrobe issues. Sargent and I were running through crowds of people and I was raving like some kind of lunatic, “where’s the dog costume contest?” People were pointing this way and that, I had no idea where to go. We were both running around in full costumes, “I saw dogs going over the bridge” yells some random lady. When I got to the top of the bridge, all the dogs were gathered in the common area. I was sweating like a hog and Sargent was just having the time of his life. As we waited to be judged, the announcer guy says “We have a winner, BatDog! get over here, You over there to the left.” And I’m Just standing there wondering who BatDog is. Someone in the crowd yells “It’s A Dragon” The guy says “DragonDog get up here” So I start walking up to the stage and Sargent, true to his costume, starts growling and trying to stir up the other dogs (he’s neutered but just dominant). So, they took a picture and I’m not sure when it’s going to be in the paper. I almost lost a spike that day, but I retraced my steps and found it. After that incident, I decided to put screws through the leather going up into the spike with caulk and super glue. I also used caulk for the detail on the sides. I did this whole costume at the price of black spray paint and super glue. It took forever, but it’s done for now and I’m pretty proud of it. 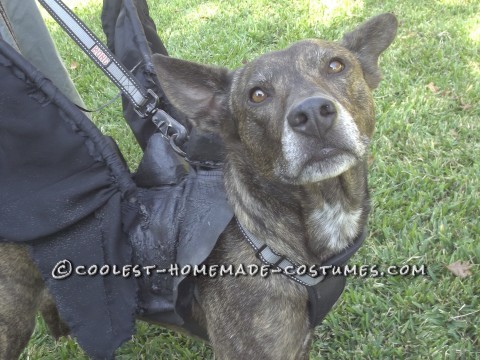 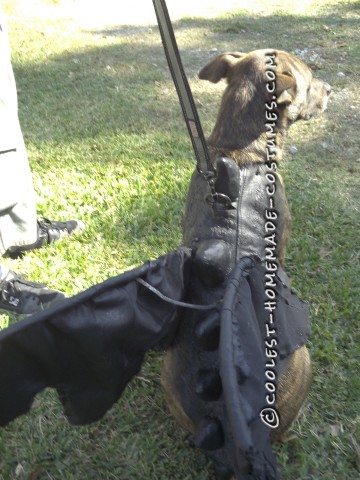 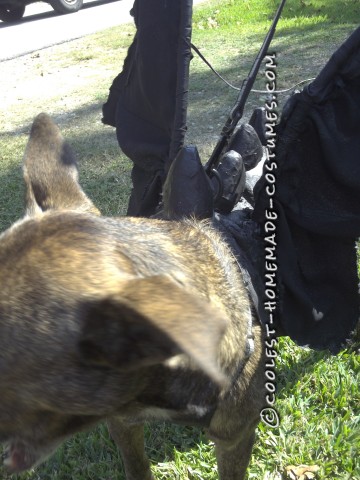 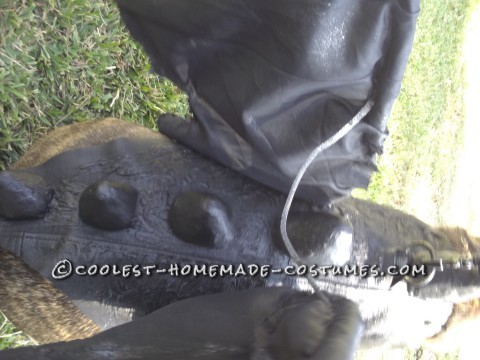 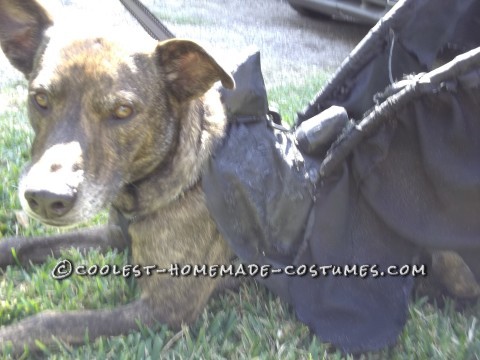