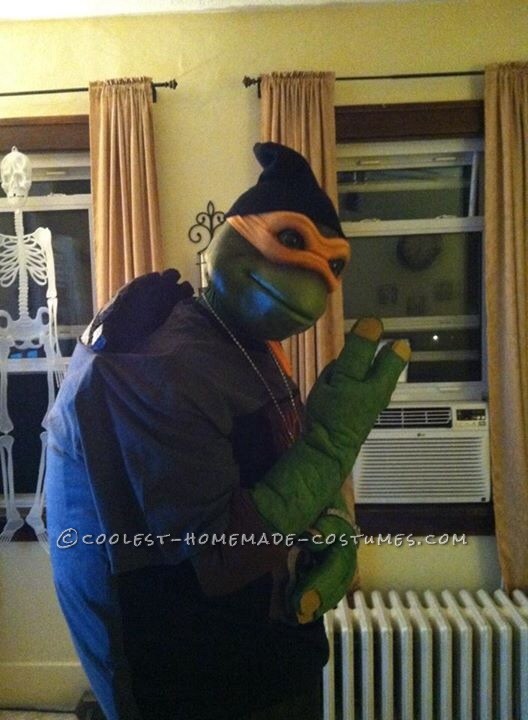 I saw the new TMNT movie and said I wanted to bring ninja rap back.

I stared with my gloves. Took half inch green foam from Jo Anne fabrics and traced my hands out. I cut and sown them together. After I made sure it was a sure tight fit I stared to reinforce the stitching.

After that was done I put about four layers of liquid latex on the gloves. I cut out spots for finger nails, then I made cardboard pieces to fit in. I took the nails out and placed them aside for painting later. I started to paint my gloves with a latex green paint. Then to make them match the coloring of the mask I added more acylic paint. Brown and yellow did the trick.

I took the nails and painted them honey yellow. Clear nail polish was used to finish them off. Next I glued them down with super glue.

The next big piece was the shell. It was made of two big archery targets glued together with gorilla glue. I carved out the shell with a bread knife. Next I used rubber in a can. I sprayed the whole out side of the shell with it. Then I took black felt and glued the felt onto the outside of the shell to help with the dark background. Foam pieces were then used to create detail on the back of the shell.

Inside the shell I took two pieces of pvc pipe and glued then vertically in the foam with gorilla glue. I drilled two holes in the separate pipes to attach D rings. The D rings I attached to a climbing harness which strapped on to me tight.

I then painted the outside of the shell black for a base coat. I used dark brown for my next coat. Then light brown and yellow for high lights. The T-shirt design was made on my pic app on my phone. I took the image to the mall and got it put on a 6x shirt. Cut the shirt in the back so that shell stuck out the back a little.

I bought a second skin costume in green for a underneath skin color. At the last minute I made some elbow pads. They were brown felt with half inch foam wrapped into them.

Overall I was very impressed with what I accomplished. I haven’t won any contest with this costume. I hope you enjoy it as much as I did. 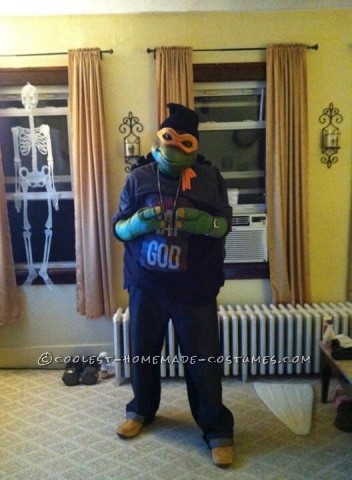 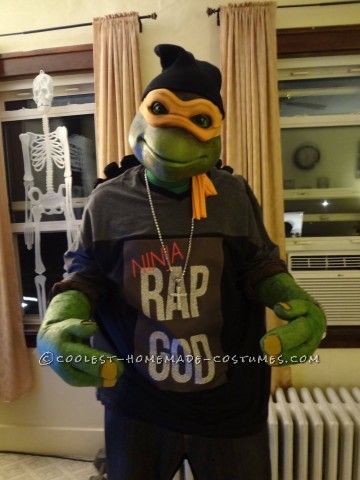 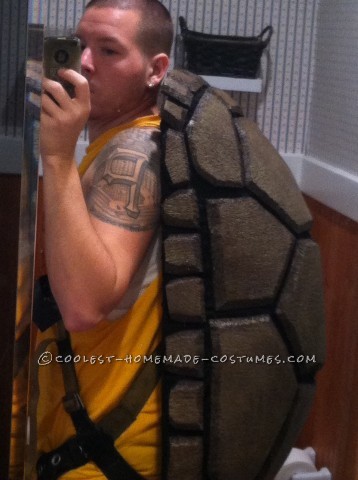 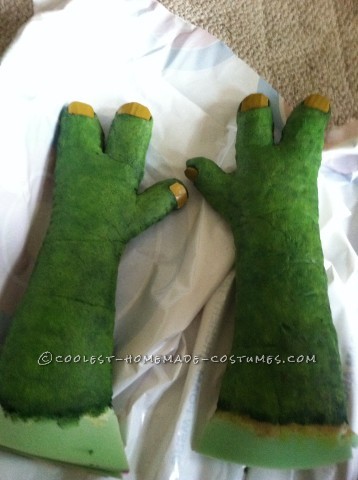 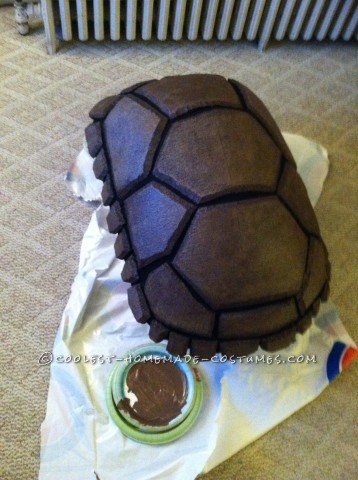