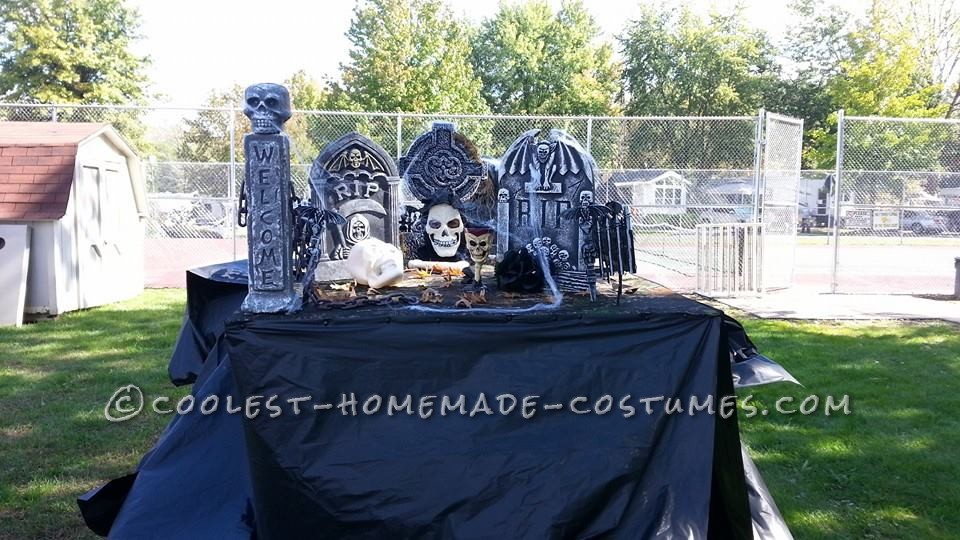 I was at a loss this year for a costume idea.  One day while walking through the grocery store in their little Halloween area, I saw a “Grave Popper” (skeleton that looks like it’s coming out of a grave and it came to me that I should be a walking cemetery!  The next day I went to the local Lowe’s and bought a 4′ x 8′ piece of styrofoam and the creativity started to flow.

First, I cut 6 inches off each end of the styrofoam and saved them. I then cut a hole in the center about  the size of a dinner plate where my head would go.  I mounted the saved styrofoam on the bottom along both sides of the hole running length wise to give some more support and also something to use to hold on to while I was in it.  I used Scotch brand double sided mounting tape since that held the best.  I covered the top of the styrofoam in camoflage burlap again using the mounting tape along the edges.  I also used some black tacks to hold it in place at the corners.  After that it was all decorating.  I bought the fencing, some tombstones, bones and vases from the decorations I already had and added a ghoul in the back corner.  Just  poke everything through the styrofoam, (you might have to snip the burlap with scissors to make a hole, then poke).  I tacked some cheap black plastic table cloths around the edges to hide my body.  I threw some real dead leaves and some spider webbing to give it a nice touch.   The final touch was to add my skeleton mask, and a wireless speaker which played creepy music from an iPAD that my daughter had nearby.  It was very light weight since it was almost all styrofoam, and it only took me an afternoon to make.  Definitely an outdoor costume! 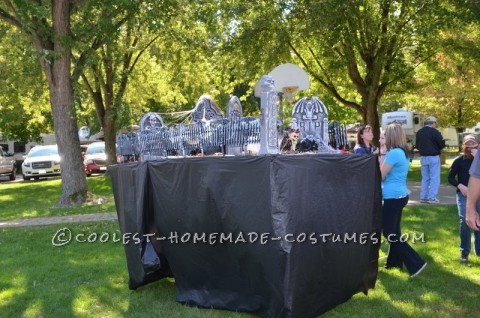 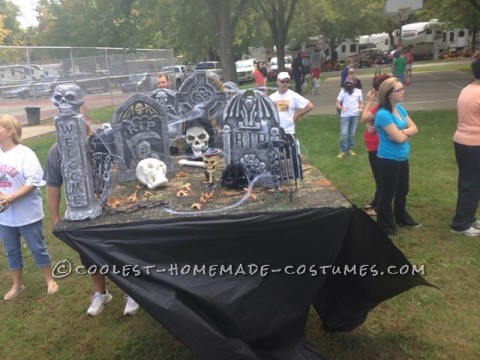 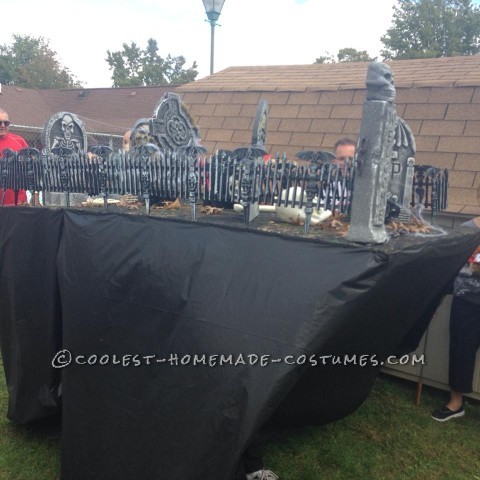 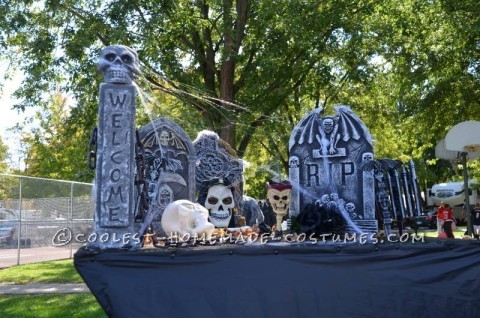 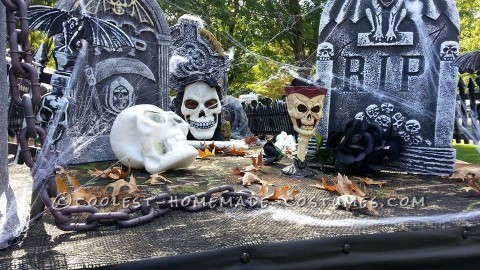