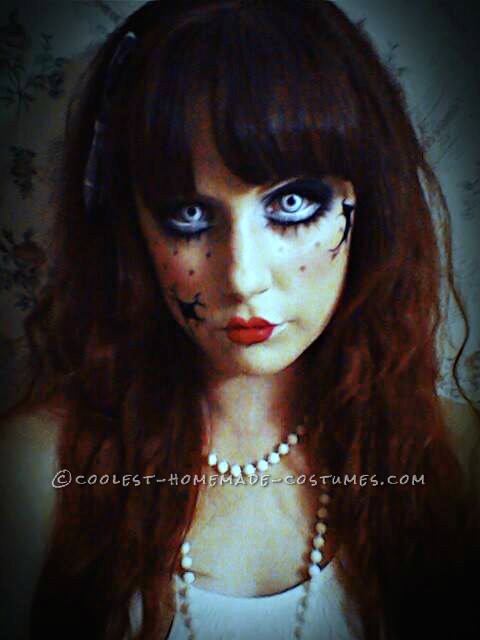 I know most people agree that dolls and clowns, although originally made to be fun and happy, are pretty scary. That’s obviously why they get used in horror movies so much. Well, this Halloween I decided I’d run with the scary horror movie creepy doll costume concept.

I first started my doll costume by gathering make-up ideas from looking around the internet, mainly Pinterest, to figure out the overall doll costume concept – am I going to be a broken porcelain doll, a ball-jointed doll, or even a ventriloquist’s dummy?

Once I had chosen to be a broken porcelain doll, I Googled “porcelain dolls” to get an idea of the exact style of dresses they would wear. I saw a huge range of dresses but settled on what I was going to hunt for- something lace with hopefully a vintage/Victorian feel; something you could picture even an evil little girl in a horror movie wearing.

Then, I set out to thrift stores and other second hand stores to find the perfect dress and maybe, if I was lucky, a prop (and I got lucky!) I found the perfect ivory lace dress with a sash to tie into a bow. I also got ivory colored tights to add to the dolly look.

While at one of the thrift stores, I happened to see a baby doll. It looked creepy to me and had a couple small tears in the fabric. I already thought it was perfect to be my prop but as I picked it up I discovered just how creepy it was. It has a sound box inside of it that makes, in my opinion and the many other people I showed it to, some of the creepiest sounds a baby doll should make. Basically, it was no wonder than some family decided to get rid of it.

Now that I had the perfect dolly outfit and prop, I knew I had to make the doll costume over the top creepy, so I bought some white contact lenses to wear.

A week before Halloween, my boyfriend and I had a party to go to, so while looking at some reference pictures on Pinterest and also adding my own concepts, I did my doll makeup: I made my face a bit paler than normal for me, did my eye makeup to make my eyes look double the size (adding white to the bottom eyelid with false eyelashes glued below gave the effect that the whites of my eyes were unnaturally large and the contacts help in that illusion as well as just adding a major creepy factor).

I also drew onto my cheeks perfectly spaced freckles like a lot of dolls seem to have, as well as giving myself unnaturally small and puckery-looking lips (that was done with some tinted eyelid primer on the outside of my lips to mask the natural hue and then a long-wearing paint-like lipstick to color in the middle and go above my natural lip line with an I Love Lucy sort of curvature).

The finishing touch to the make-up were the drawn on “cracks”. Naturally, a creepy porcelain doll has probably been dropped a time or two, so of course there are likely to be some cracks in her face. Those were done using waterproof liquid eyeliner, a very small liner brush and a steady hand. I added a hint of white around some parts of the cracks to give them an illusion of depth.

The Hair: I have bangs already and the style I have them cut in, I personally call “doll bangs”, so I figured wearing my hair down, but teased up big, a little messy, and with a bow would be perfect.

I added a layered pearl necklace, pearl bracelet and strapped on my ankle-strap flats and VOILA! I was now a super creepy doll. My mom literally covered her eyes and looked away from me when she first saw me all done. She said she got goosebumps too. :)

As you can see, I slightly changed the doll costume later on. On actual Halloween, I decided I wanted to go darker and maybe a little bloody. So I pieced together my outfit with clothes I already own (I thought it turned out perfectly Victorian looking!), made my make-up a bit darker and slathered fake blood all over my arms and hands (and the baby doll) to make it look like I had killed something.

My boyfriend (who was “Traggedy Andy”) and I went to a casino that night that was hosting a Halloween party with a costume contest and it was so fun how many times people would take pictures of me/us or even ask to get a picture posing next to me/us, lol! Oh, I also got some amazing responses from trick-or-treaters, too!

So, that was my Halloween fun! I haven’t been anything creepy in a long time so it was so much fun planning this out and then making it happen. Hope you enjoy this doll costume as much as I do. :) 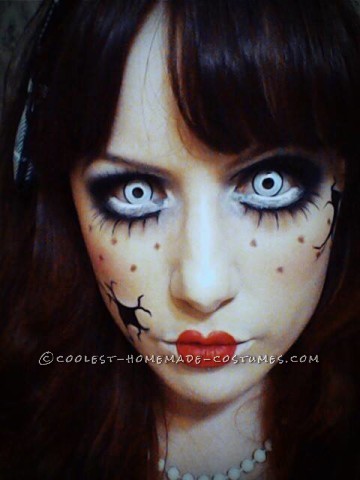 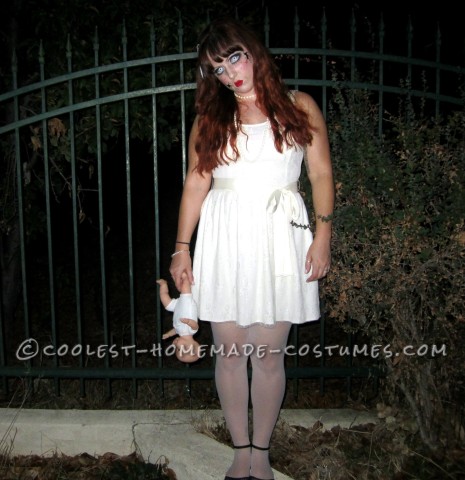 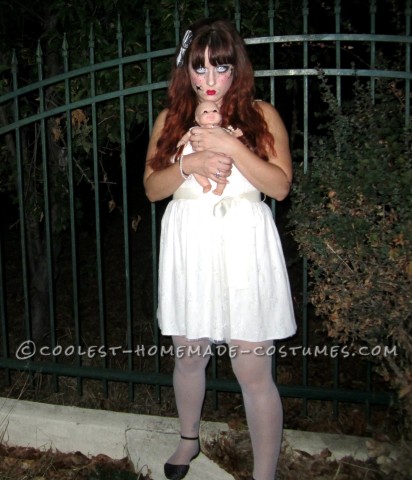 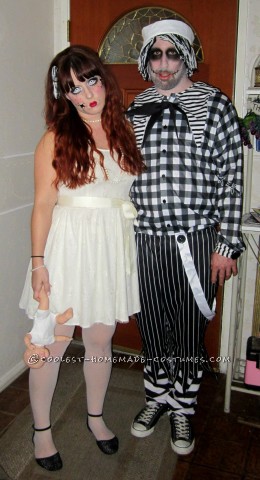 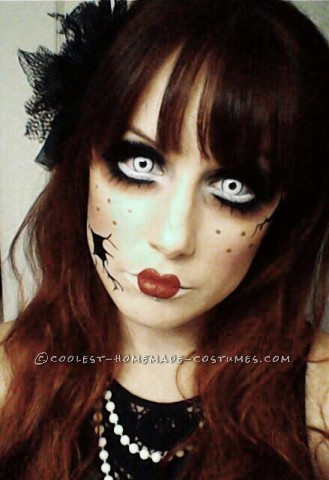 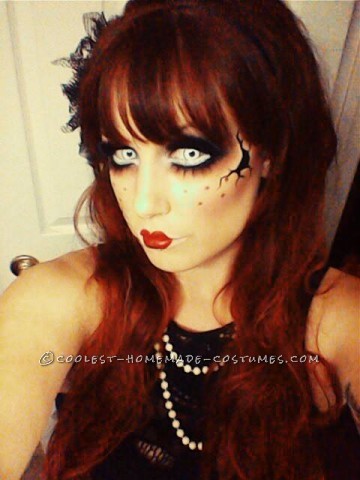 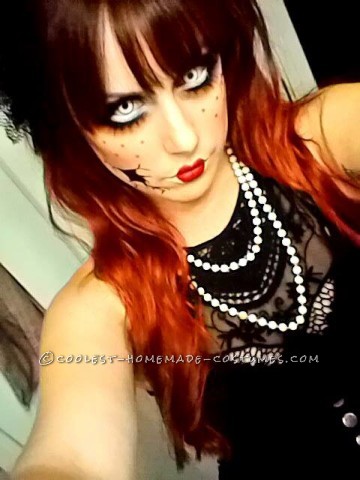 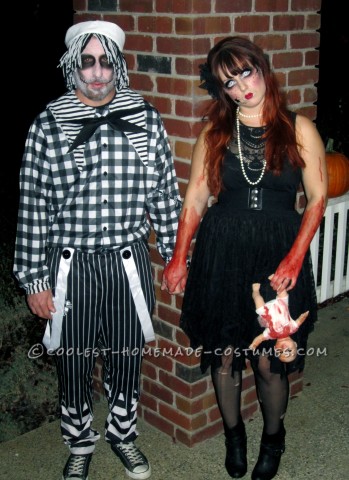 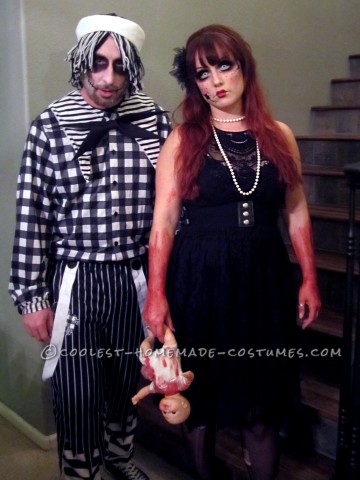