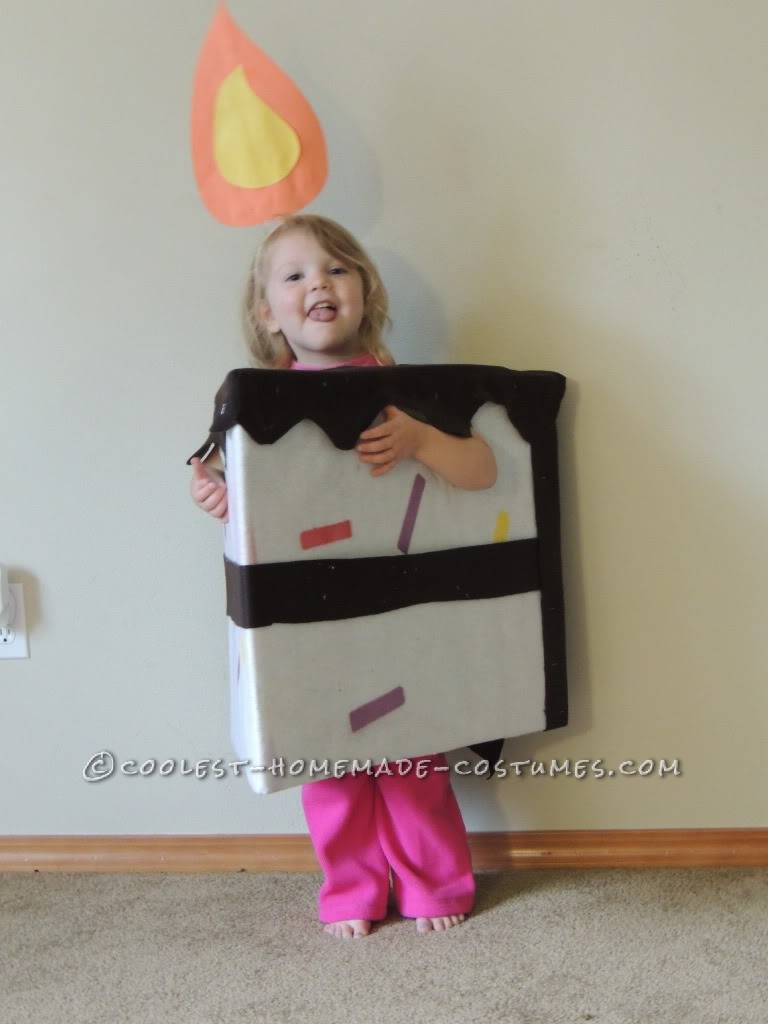 We always think outside the box for our costumes. We want something different that makes the kids stand out. This slice of cake toddler costume was the biggest hit ever. We were stopped by so many people,  and TONS of pointing and saying it was a good idea from others in the background.

It is one cardboard box, white felt, brown felt, orange construction paper, yellow construction paper, and pastel spray paint. We just started with the natural corner of the box as the point. Cutting the other half off (Think of a diamond shaped box cut in the middle). To make the curve in the back we cut strips out of leftover box and made a curve by just twisting them around a pole we had.  They stayed there while we finished the rest of the costume.

We covered the slice part in white felt and used gorilla glue to attach it. Then draped the brown felt over and cut it to look like frosting that was spread over the top, back, and slight sides. We then cut a strip of brown for the middle layer. To make the sprinkles we cut a rectangle in some leftover cardboard. Holding it over the white felt, we used different colors to spray the sprinkles on the cake. We attached the curves to the back inside of the cardboard with gorilla glue. Just shaping to make the perfect curve.

Final step on the cake was adding the frosting to the cake. We made a head hole in the brown felt and attached some strips of cardboard for shoulder straps and reinforcement. We used Gorilla glue again, but felt it was not strong enough to take the weight of hanging on the shoulders. So we wound up using staples around the top layer. I cut flames out of the construction paper and attached them to a headband.   She wore a striped body suit to make her a striped candle with flame.

All in all total time of costume was 30 minutes. 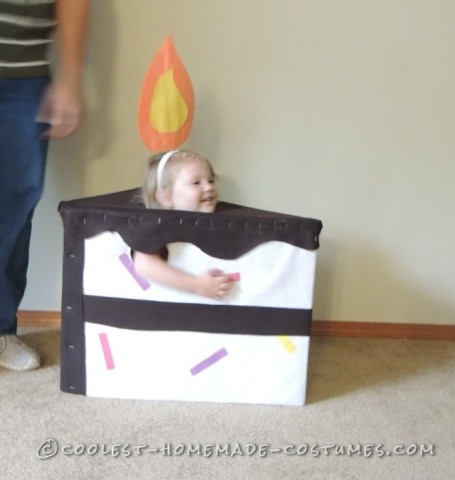 Coolest Homemade Girl Popping out of a Cake Costume