My son asked me to make him a Groot costume after seeing Guardians of the Galaxy. I started searching through Google of Groot cosplay for ideas on how to make this costume. I found a few good ideas and started from there. The supplies I bought: under armor shirt an pants from Goodwill, foam pipe insulation and spray paint from Home Depot, foam sheets from Joann’s craft store, moss from the dollar store, and the Groot mask from Amazon (I couldn’t even begin to make the mask myself, not that talented).

Items I had at home: tacky glue, tissue paper, hot glue gun and glue gun sticks, duct tape, and floral vines. I worked on this costume for awhile, between work and kids, about two months. The end result was great! My son got so many compliments throughout the night. Instead of saying Trick or Treat he would say “I AM GROOT!” My son gave me credit every house we stopped at telling them “my mom made this, she is amazing!” That coming from my 11yr old son was an award enough for making this costume! Well worth the time and money I put into this. 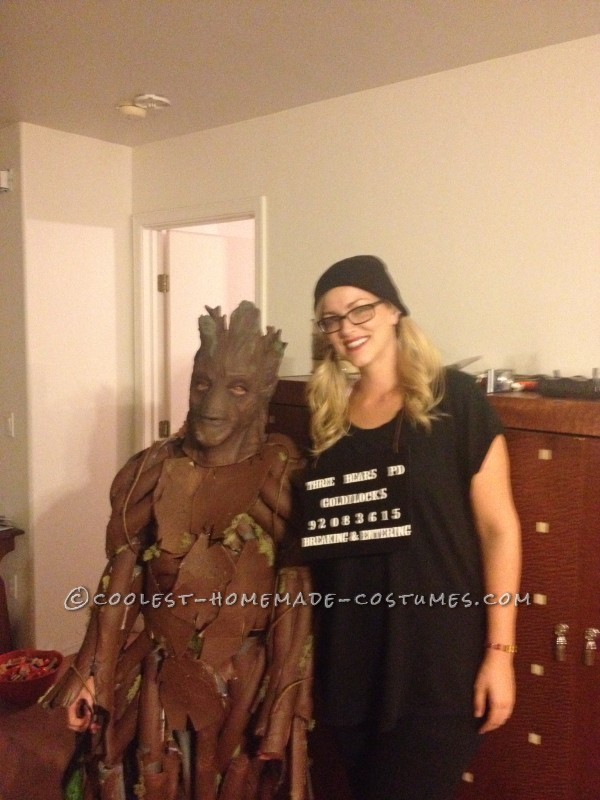 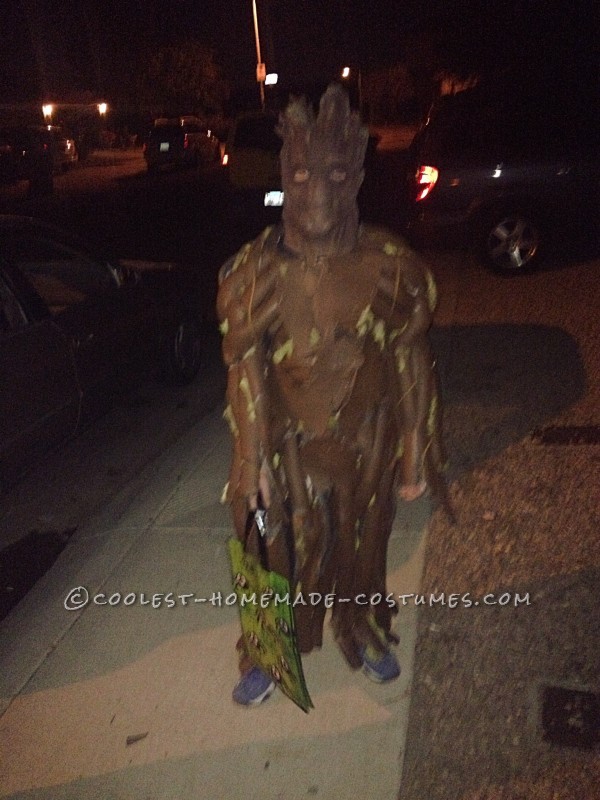 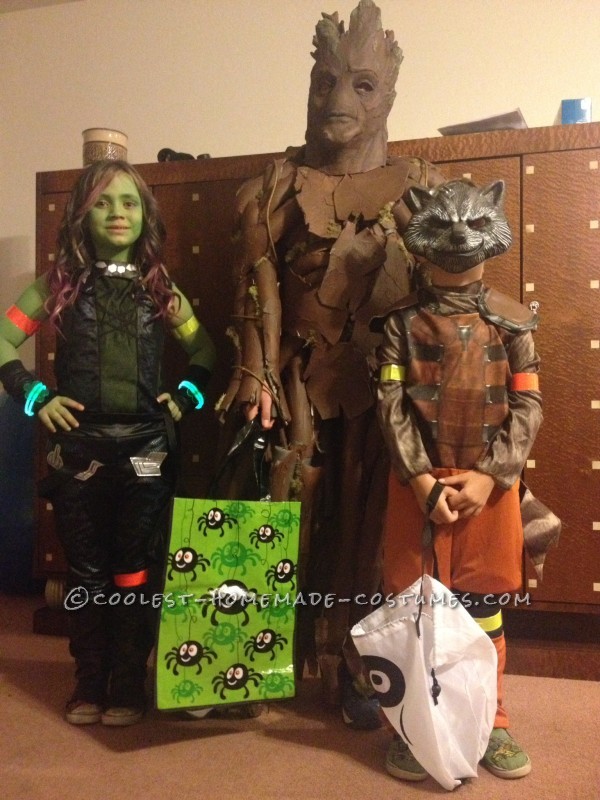 I needed to make a duct tape mannequin of my son’s body so that it would fit well and to easily construct the costume in a standing position. First I duct-taped his whole body while he wore sung to his body pj’s to protect his skin. Then carefully cut along the under arms, down the back, and inseam of his legs. Pulled him out and duct-taped, closed the places I cut and then stuffed it with plastic grocery bags. After I dressed the mannequin in the under armor cloths and placed it on a stand. 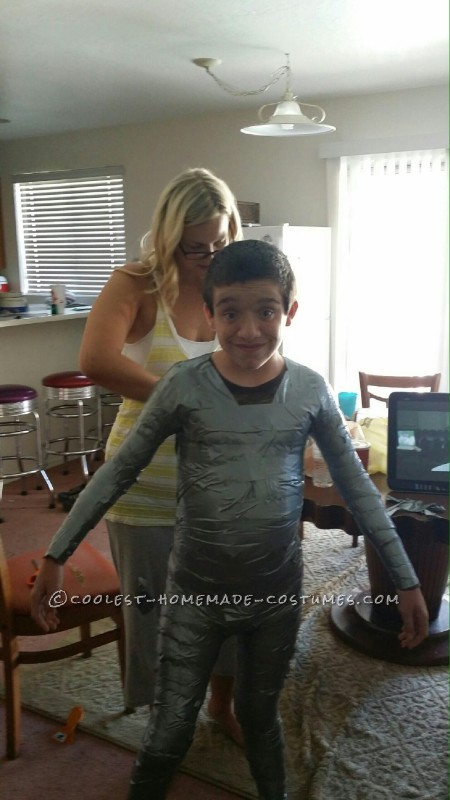 Now the piping, I hot glued, low temp, the pip insulation right onto the under armor clothing. Cutting it and placing it to look like woven tree branches. Once I was done, I made the bark plates out of craft foam sheets. 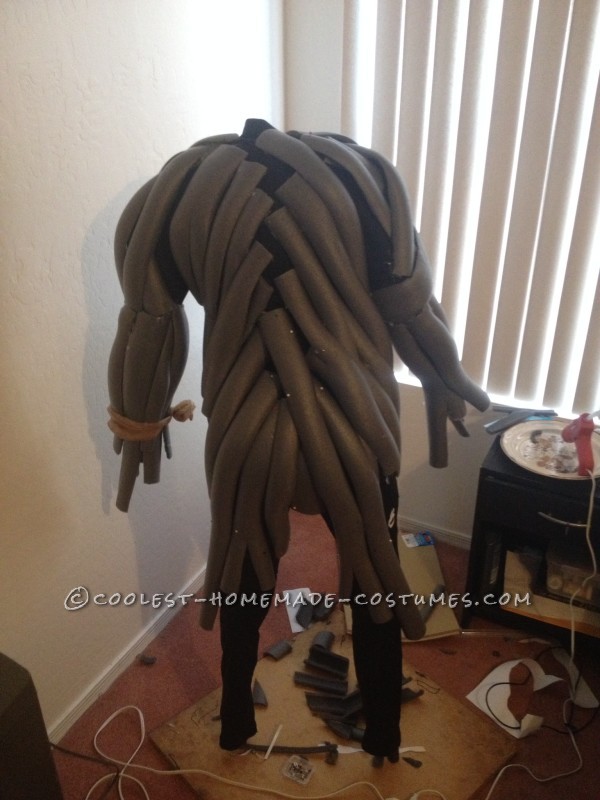 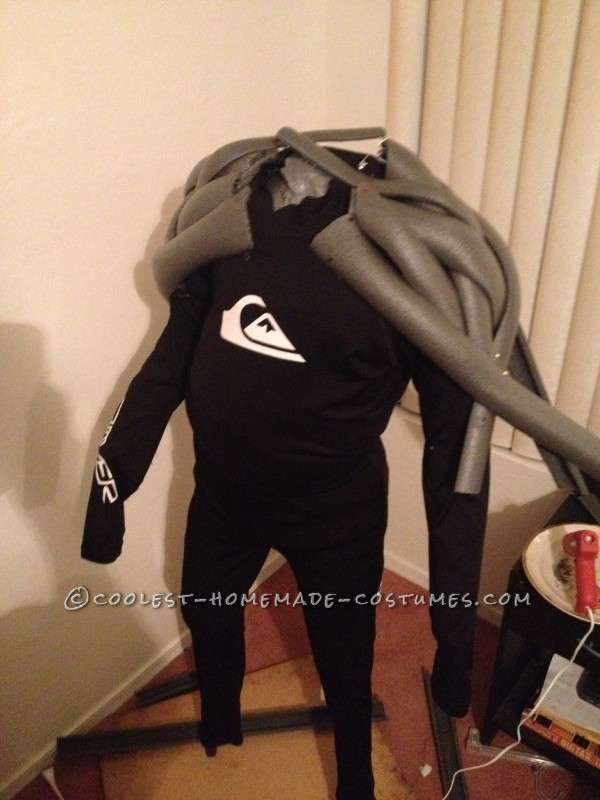 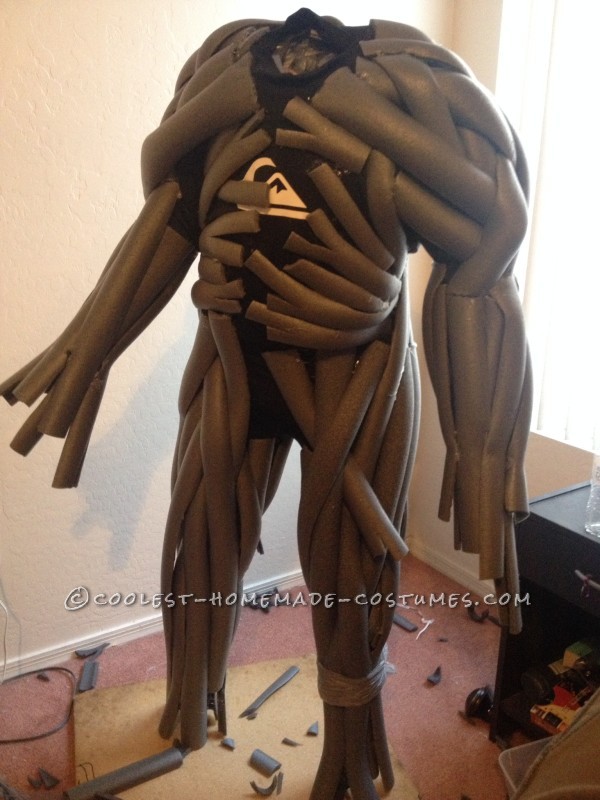 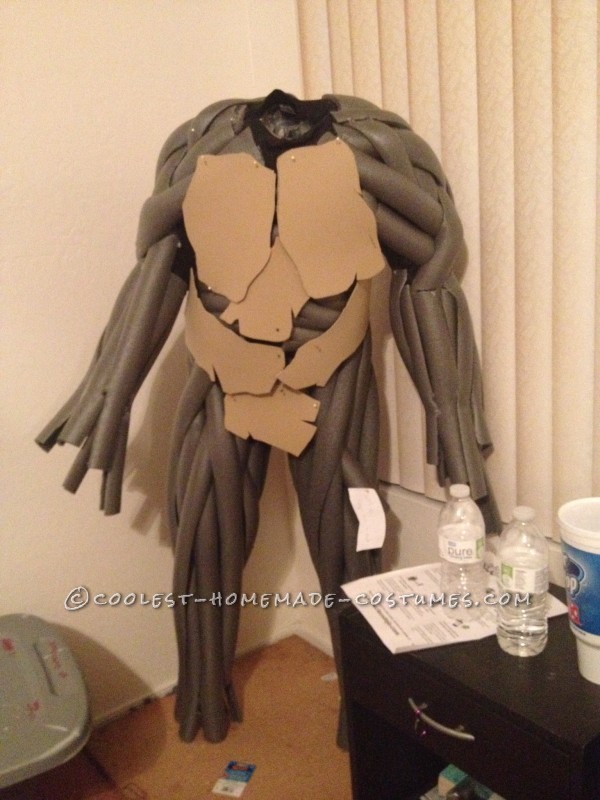 Not So Fun Texture.

I used tissue paper and tacky glue/water mixture for the texture on the piping. This part was super messy and bit frustrating at times. Lol!
I did the same with the bark plates. Sorry I didnt get photos of this step.

After the tissue was dry, I used brown spray paint to spray the costume. I then hot glued moss throughout  the costume. 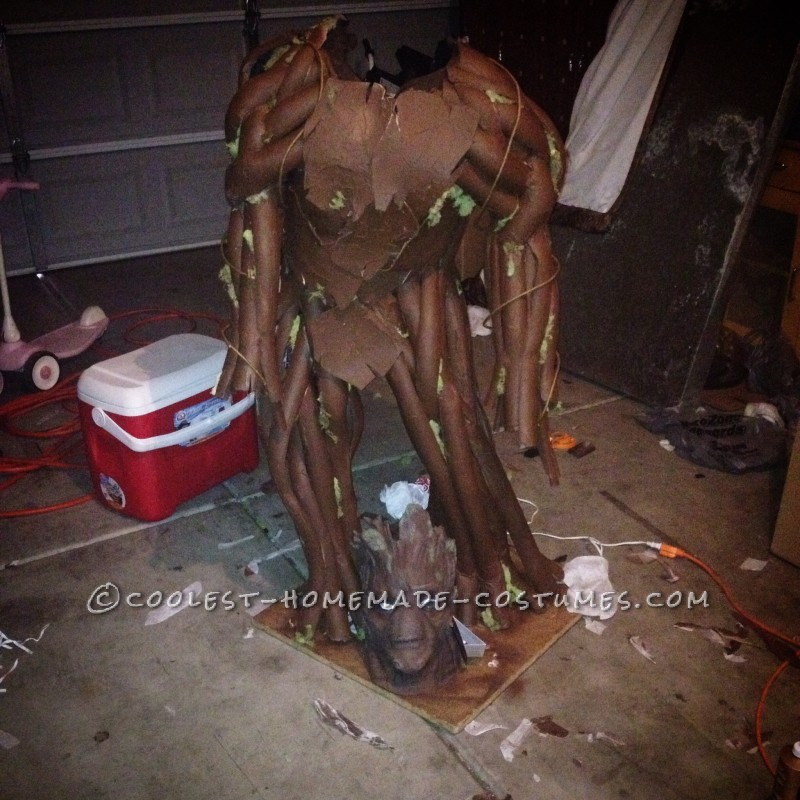