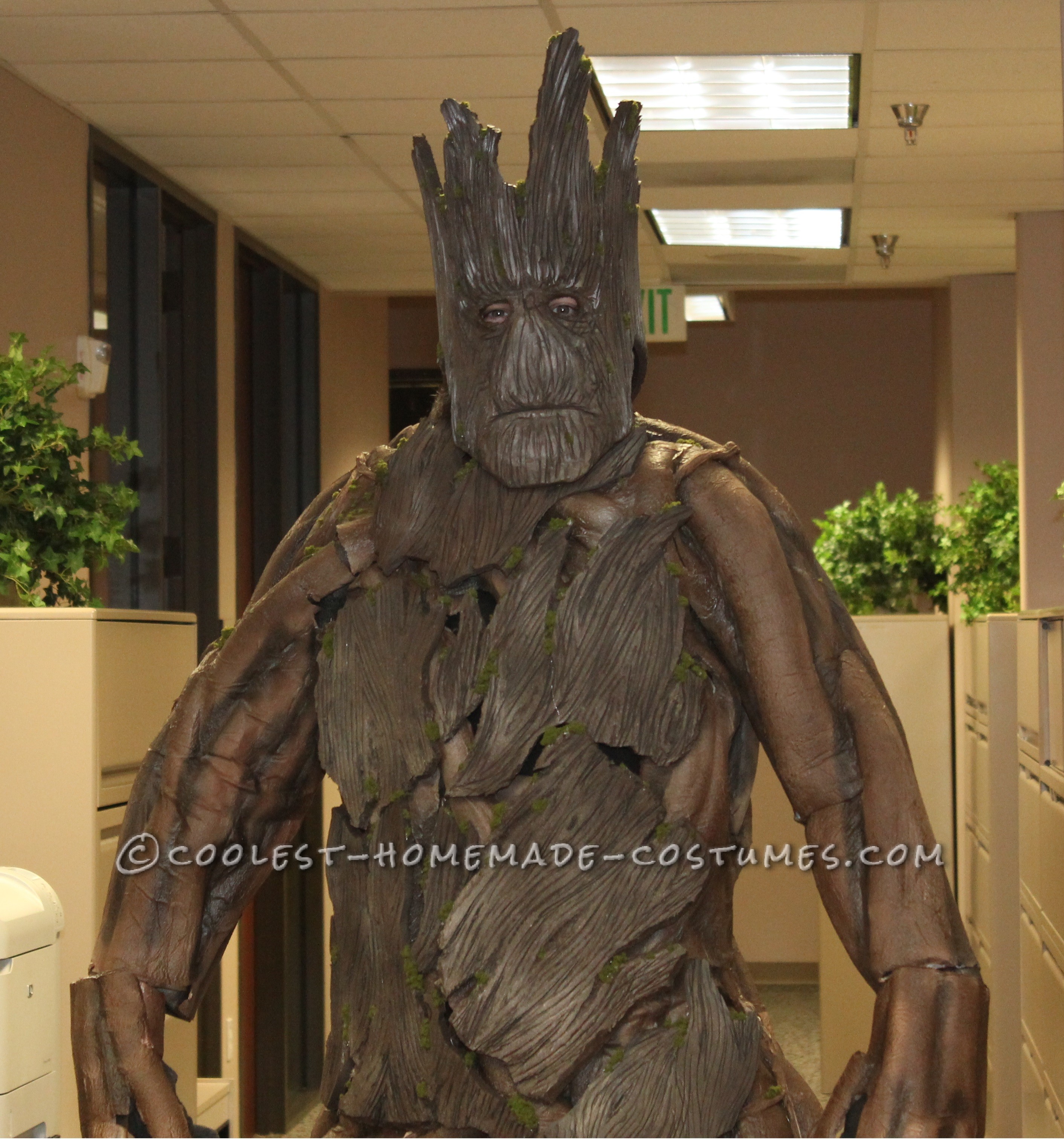 I started making my own costumes a few years ago, when I realized that to stand-out I couldn’t just go buy something off the rack. I never thought of myself as a creative person, but I started experimenting with different materials and kind of got addicted.

Each year I’ve tried to find a topic or character that is relevant and more challenging than my costume from the year before. When I say the movie “Guardians of the Galaxy,” I thought, “How awesome would it be to be Groot. The more I thought about it, the more possible the idea seemed. Before I knew it, I was planning in my head details like the need for stilts to make me tower and the fact that it would have to be a full body costume. Finally, I took the plunge and got to work creating Groot.

Making the costume was quite an undertaking and took a lot more time than I originally projected. The bulk of the costume is made from pipe insulation purchased from the hardware store and lots, and I mean lots of hot-glue. The pipe insulation is glued onto a compression shirt and pants. I had to add a zipper to the back to be able to get into it.

To give the costume a bark-like appearance, I used paper towels and Elmer’s glue to paper mache over it. Then came a couple different colors of spray paint for the coloring. The chest pieces and mask were made from EVA foam boards and detail added with my Dremel. The final touch on the costume was a little bit of green moss that I picked up from the hobby store.

A major part of the costume that is unseen are the stilts. To get the costume to be more accurate to scale I needed to build stilts to be worn under the costume to make me a full 6’10” tall. They are made out of 1×4 and 2×4 lumber and an old pair of shoes from my closet. It took a couple of versions to get the size and stability of the stilts right, but I finally got it and they worked better than I had anticipated!  The hardest part of the whole thing was getting in and out of the costume, which require a ladder and a pair of helping hands to keep me from breaking an ankle!

The costume’s first debut was at work. Everyone was quite impressed with the scope and detail of it and kept asking where I bought it. They even awarded me ‘Best Overall Costume’. One of my co-workers, who helps out with props for the local community college theatre, suggested I come help make some of the props for their next production. Several people asked to take pictures with me both at work and on the evening of Halloween.

The best part of Halloween was hearing kids and adults yell “there’s Groot” from down the street and run up to shake my hand. It’s funny how easily adults turn into little kids when they see something they think is really awesome, lots of giggles, wide eyes and covert touching of the costume. I even got a suggestion to do birthday parties! 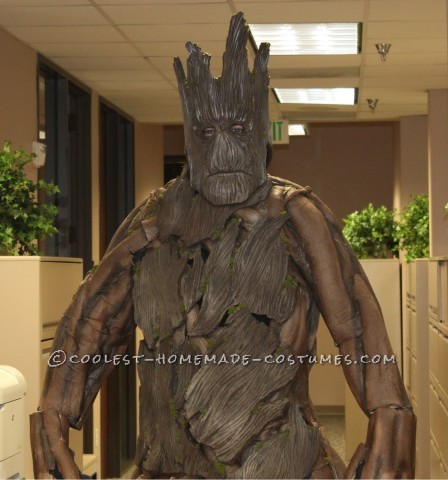 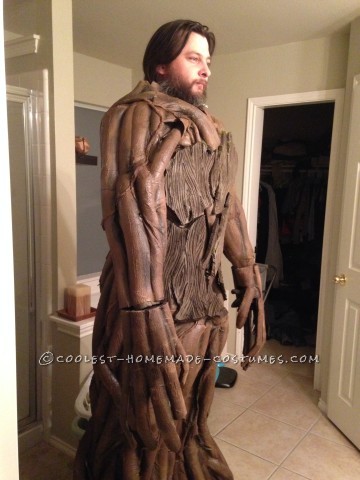 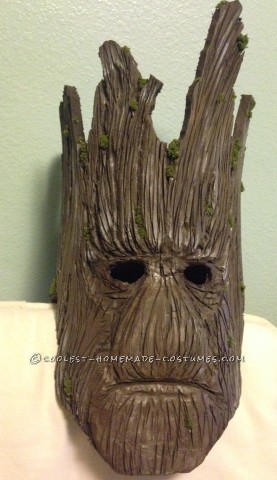