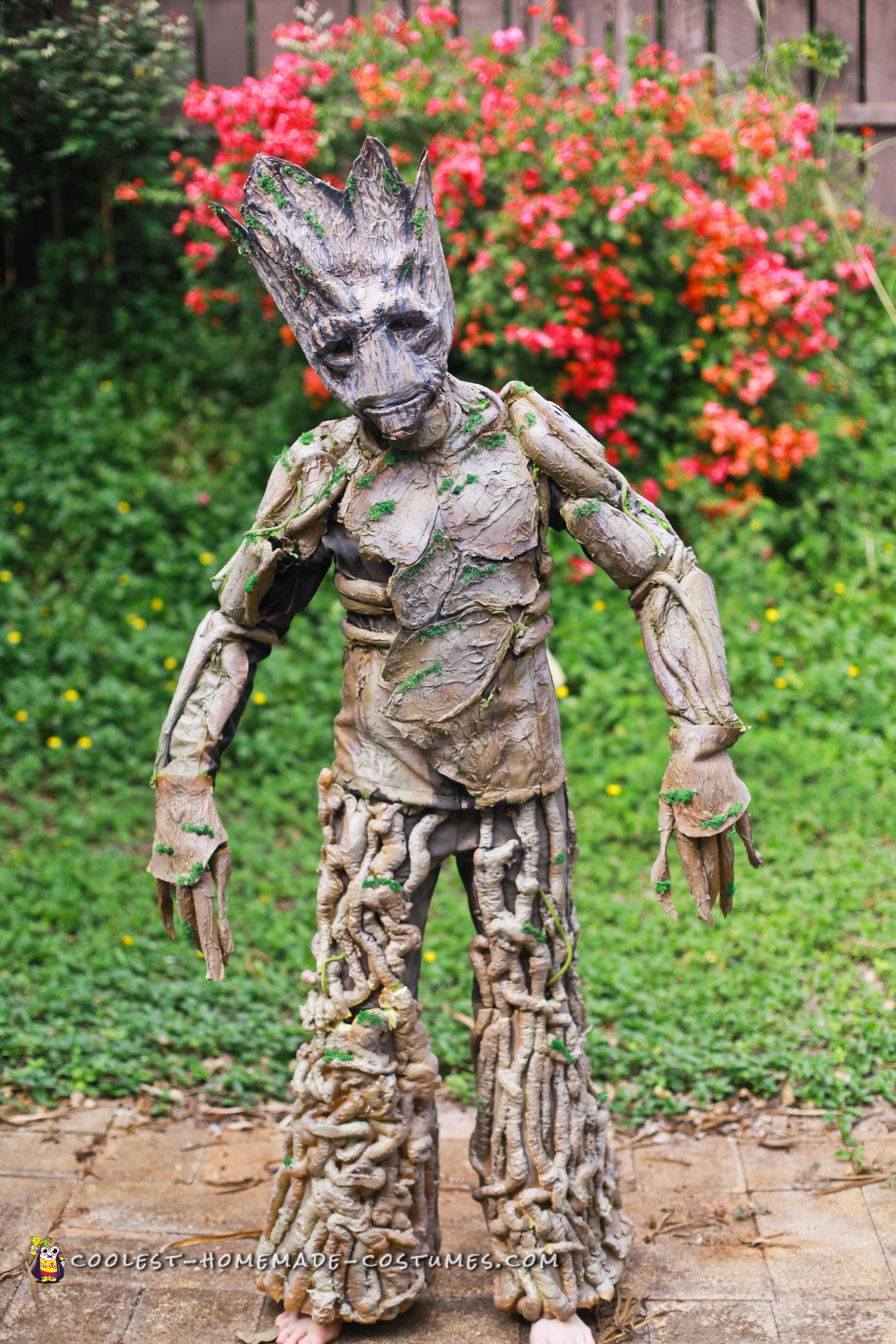 I always make costumes for my children and each year I try to top the year before….that’s getting harder and harder to do…lol.  Since my girls are now all teenagers, only my youngest wanted a fully awesome costume made by me. But…this year I have a cool new job as a stage manager for a theater and we are in the middle of our fall tour…for the last 3 weeks, I have been hopping to all the islands in Hawaii touring a show (tough job but someone’s got to do it…lol) So for the month before Halloween, I was home a total of two nights but I was still going to try!

My daughter wanted to be Groot from Guardians of the Galaxy and I did want to do the stilts but time really didn’t allow for it.  But other than no stilts…I’m pretty amazed that I finished all of this in just two sleepless nights!

The head is the most important part and I wanted to make sure I got the expression right.  I started with a 2 dimensional wrap around paper template that I made by pressing the paper against my face to find the eye holes, chin and forehead levels.  After I got the sizing correct, I cut it out of Buckram (which is usually used for making hats) and covered that on what will be the inside with black fabric (so it wouldn’t scratch her face. On the outside, I built up some sections for the nose and mouth and then covered the whole thing with black foams (the kind you can get at Walmart)

To create texture on the head, I used hot glue to build up the larger bark sections and then decoupaged tissue paper to create the smaller texture within the bark.

I started with a base coat of dark brown spray paint and then painted on watered down black which I wiped off the high spots.  This helped the texture pop out.  I then added a mid tone spray paint and a light spray paint.  After all those coats were done, I went back in with a brush to paint in some more shadows. I finished the whole head in one night.

After I was done with the head, it was time to start on the torso. I used a zip up black jacket with a high collar as my base.  I created the vines with pipe insulation and foam gap filler. And I created the torso bark panels with foams. After I had the jacket covered, I decoupaged crepe paper to create the bark texture. I painted it with the same method as the head and hot glued moss onto sections.

Since I made all of this in two nights, I started running out of time so the legs had to go faster.  I took a pair of brown pants and added buckram to the bottom leg to flare it out.  I used Great Stuff expanding foam to make the vines on the legs and then painted it the same as the rest of the costume.

I love how it turned out!  I would have loved a little more time on this project but I’m super glad I got it finished!

The total price of this costume came out to under $100. 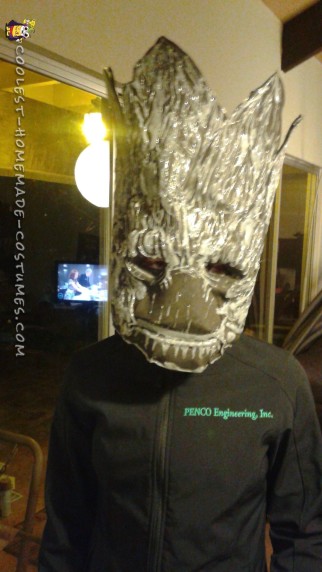 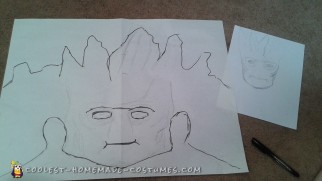 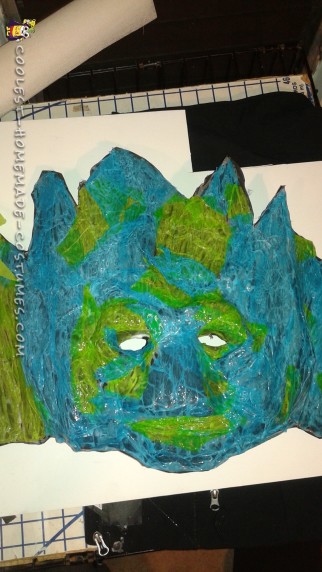 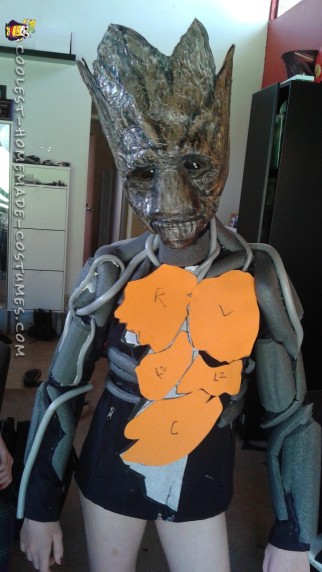 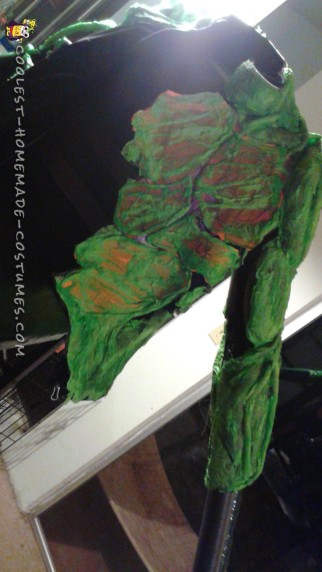 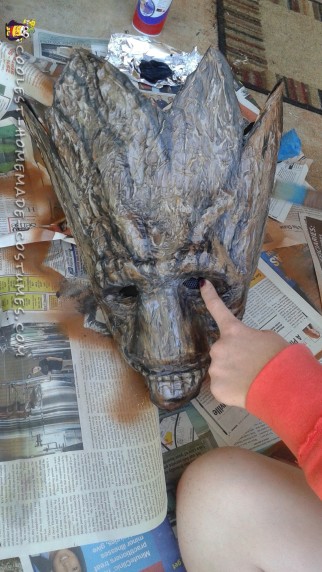 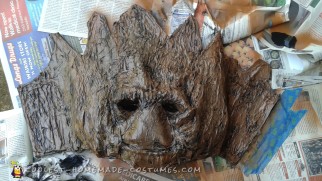 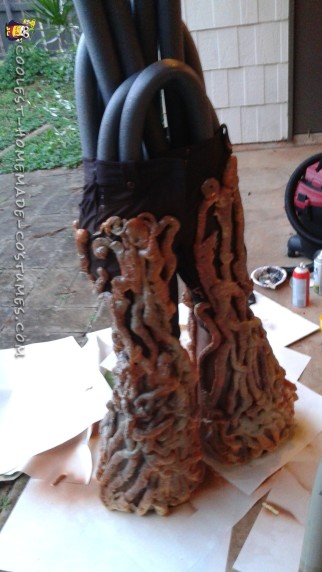 Awesome Wonder Woman Costume Based on Her New Look