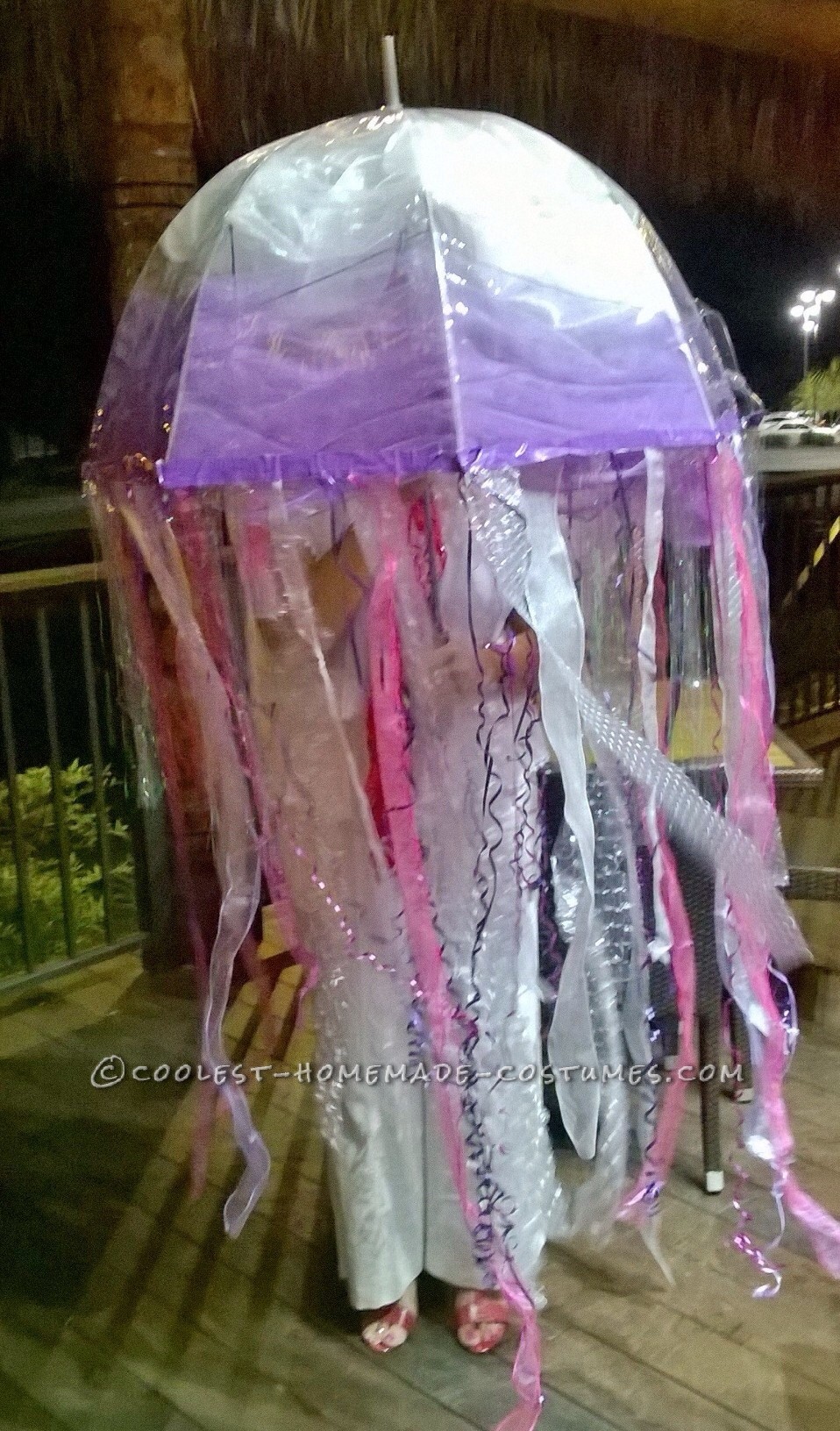 I came up with this amazing Jellyfish costume idea by searching Google. Typed in “inexpensive, creative Halloween Costumes” and found a few photos of the jellyfish idea. I am an elementary grade level science teacher and began to research different species of jellyfish. I am currently teaching bioluminescent creatures, and decided to design the costume based on this characteristic.
I used a clear umbrella, EL wire lights, battery operated LED lights, bubble wrap, purple, pink and white transparent ribbon, cloth, wired, and Grosgrain, an old satin table cloth, Christmas tree tinsel, satin cloth and iridescent material, duct tape, fabric glue, staples and zip ties to secure many items.

Curled the ribbon, cut the bubble wrap into long skinny lengths, and began securing them inside and on the rime of the umbrella. Many of the items I had at home. Bought white pants and a white shirt, used a scarf for around my neck to represent a tentacle, and wore a bright pink wig to enhance my color scheme, just in case someone wanted to see who or what was inside the umbrella.
The reactions were many! Most knew it was a jellyfish, even a seven year old boy having dinner with his family. All loved the idea, had at least 20 pictures taken, some with people that wanted to be in it with me, but most took a pic of the jellyfish alone.

Everyone wanted to know how I made it, how long it took me (40-50 hours) and where I got my inspiration. Those that know me, were not surprised that it was a jellyfish, I have been teaching in this county for 24 years, 23 of those have been in the curriculum of science!
I won the costume contest; came in first for most original. There were about 75 entered.
This was by far the most intricate, time consuming costume I had ever created. It was also the most fun I have ever had at a Halloween party.

Each year, our school: Forest Ridge Elementary, has a staff play that we put on for the students. We dress up, have a narrator read the play while we act out the parts, stop the narration several times and play age appropriate, present time music and go out into the audience and dance with the students.

Narration begins again and we go back on stage, narration stops, go dance, etc. This year we are doing our own rendition of Frozen, and have the story come to Florida, jellyfish costume will be used for this too! I can’ trait to see the students reactions to this incredible creation I have made, they will love it! After all, it is about the students enjoying the play! I plan on entering in another contest this coming weekend. 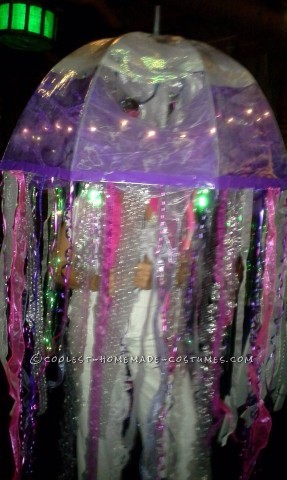 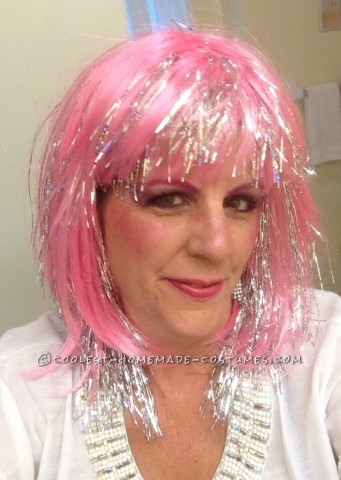 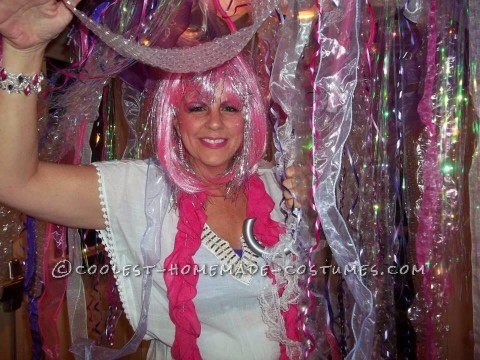