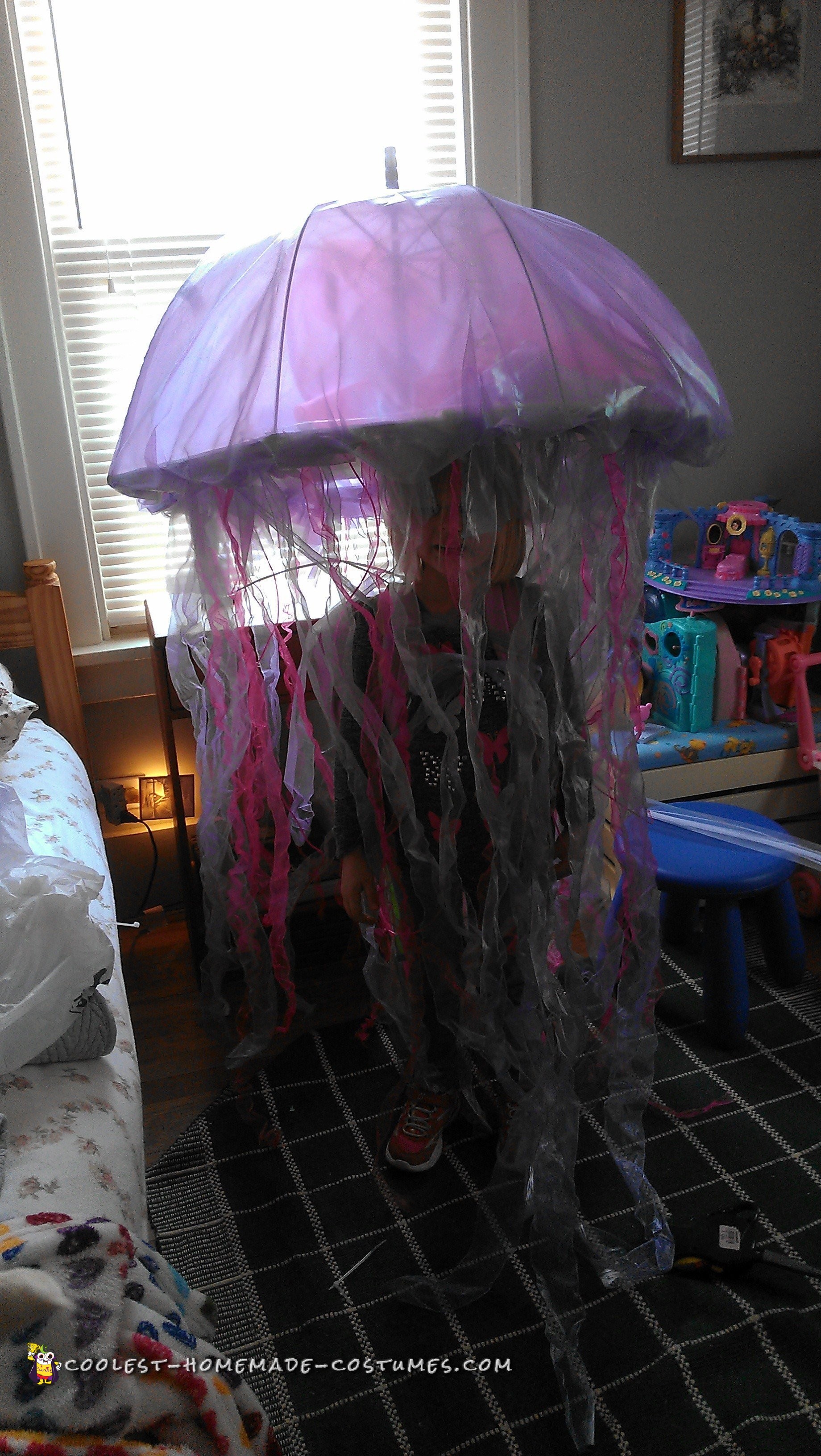 I made this Jellyfish costume for my five year old niece as part of the underwater theme that her and her brother chose this year. I originally planned to take a clear umbrella, toss on some battery operated lights and glue some ribbon on. However, I decided to take it a few steps further.

After seeing how boring the plain umbrella looked, I ran out to JoAnns and purchased (after one hour of scouring and debating) a shimmering fabric that would look like a jellyfish while meeting the desires of a five year old who is obsessed with pink and purple.

I carefully glued the fabric to the umbrella with a hot glue gun. While this was convenient (or so I thought it would be), it was was probably not the best adhesive as it melted through the umbrella and landed on my hands many times.

After gluing on the fabric, I added pink “fairy lights” to the inside of the umbrella by wrapping the lights around the metal support of the umbrella. In order to make the tentacles of the jellyfish glow, I purchased EL wire from Amazon (it came assembled with 6 wires and one battery back.

I decided to add foam board (purchased from the dollar store – the kind that is used for presentations) and cut it to fit the bottom of the umbrella. After gluing the foam board onto the umbrella, I made little holes in the board and brought the EL wire through the holes. After all of the lights were added, I glued wired ribbon (this was the most expensive part of the costume) around the umbrella. Prices of materials used: Clear umbrella – Amazon ($6), Fabric – JoAnns – ($12 with coupon), fairy lights – Amazon ($6); EL wire – Amazon ($12), Ribbon – AC Moore ($18), Foam board – Dollar store($1). Total price $55.

The one thing that I did not really think about while I was doing this costume was how was a five year old going to carry this for over an hour while attempting to trick-or-treat. The day of Halloween, I decided to use one of her old backpacks and ziptied the handle of the umbrella to the backpack and then she just wore the backpack.

On Halloween night, her costume received a ton of compliments. There were people stopping her at every house. We even had several people take pictures of her costume. She felt like a rock star! 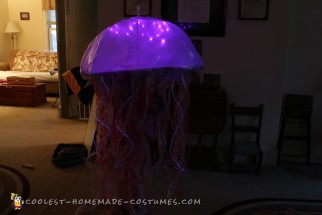 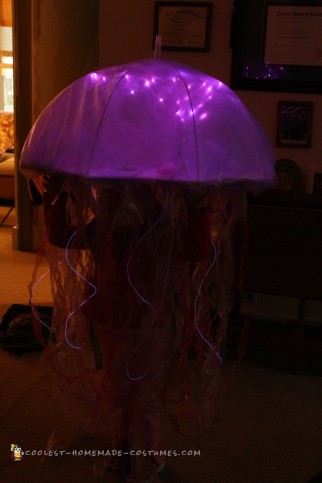 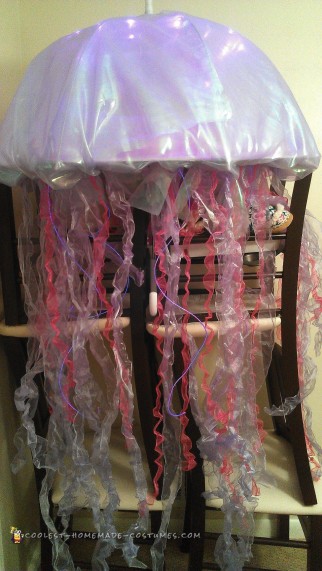 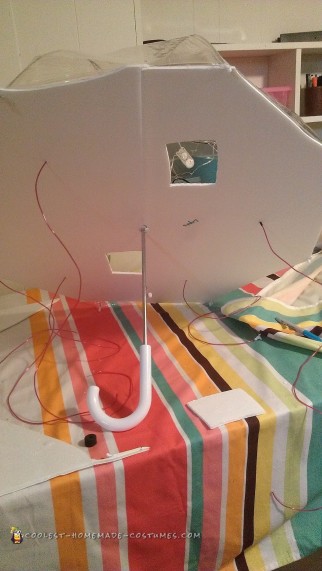 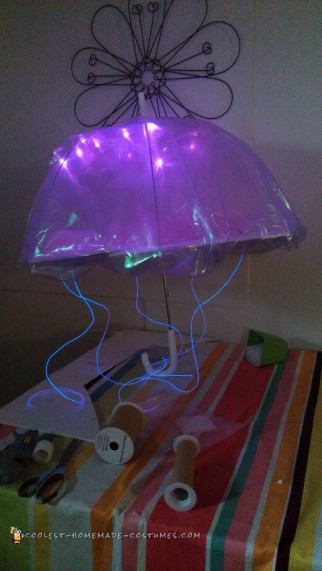 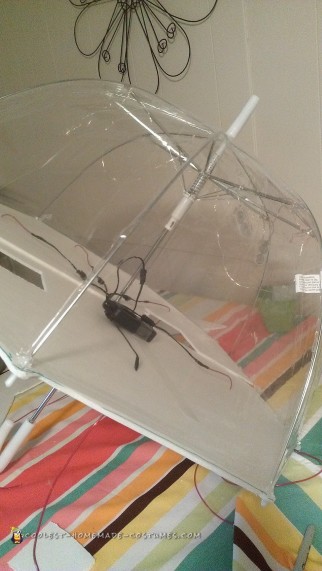