I work at a Pediatric Dental office. We have a very intense and fun costume contest each year. This was my first year working and first time to give it a go. I knew I had to come up with something that was awesome, since everyone always goes all out. Plus they have great prizes!  I decided to make a Sonic the Hedgehog costume.

I ordered some royal blue sweat pants and shirt and attached tan felt fabric on the chest and white felt fabric around the pant legs. The shoes were easy at first. I just cut out some red felt for the base of the shoe and then some yellow and white for the buckle however, the shoes then turned very tricky. I couldn’t get the fabric to look like a shoe. It was just looking like a big red blob. So I just decided to just glue the felt on an old pair of my shoes. It gave it a real shoe look.

I knew the hat would be near impossible to create so I cheated and just ordered a Sonic hat. I also had some giant size character white hands. The costume was a great hit and it was fun too! The key to the costume was to pose like Sonic.

The morning before the contest, I literally took about 10 practice photos of different poses. I wanted to look very animated and realistic. I decided the best pose was to look like as if I was about to run as he would in the video games. Sonic may be somewhat of an old school character but it was fun to bring him back for my Halloween costume this year!  Everyone gave me two thumbs up but, I think I would have rather collected more rings and points, for Sonic’s sake. 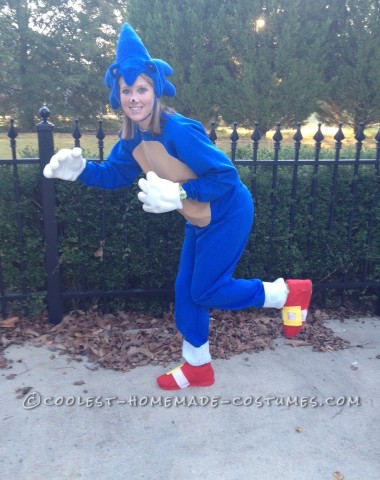 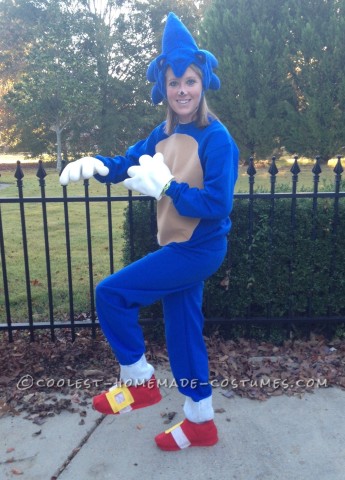