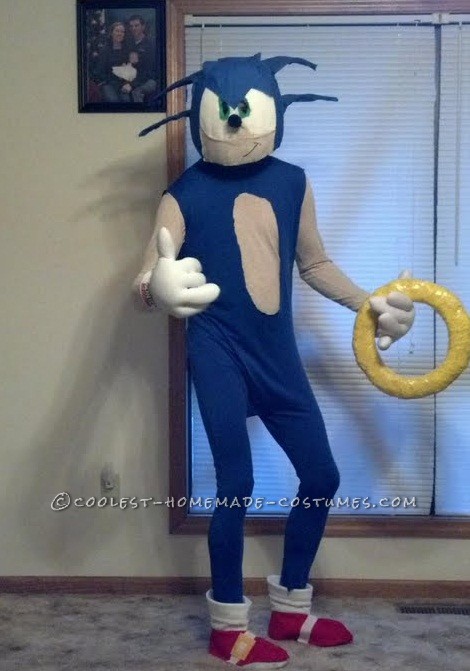 I decided to go as Sonic The Hedgehog this year, but knew I’d run into problems. The only way to get the costume was to to make it, couldn’t find it anywhere. Every year I have made my costume, so I was up for the challenge. First thing I bought was a blue morphsuit (full body), cut the feet/mask/arms/and a stomach hole into the suit. I then bought a light brown long sleeve shirt to go under the suit, since he had peachish colored skin.

I knew the head would take a while, so I went and got everything else first. I bought a fall seasonal reef and spray painted it yellow for Sonic’s rings he collected. I already had authentic Sonic The Hedgehog gloves, so I used those. For the shoes, I knew it would only be cool with the buckles on the side. I took yellow, red, and gold fabric to make the shoes, and then glued a strap at the bottom to hold it on my actual shoes.

Alright, here was the hard part, the head. Couldn’t find anything to make it out of, so I used a craft pumpkin (found at a Michaels). I cut the bottom off, so my head could fit inside. Then, cut slits on the back and top for the spikes and ears. I took cardboard, covered them in blue fabric, and then glued them into the slits (worked awesome). I cut eye holes out on the pumpkin, then made green eye rings, since Sonic had green eyes. I used just a black ball for the nose, white fabric for the eyes, cut the light brown shirt a little for his face color to match, and then recovered the whole head in blue.

For the mouth, I just drew a smile on, since he rarely ever showed teeth. The head took about 6 hours to make, but turned out very well. I got complimented so much on it. The main saying of the night was, “Thanks for taking me back to my childhood!” All in all it was worth the time, because I thought it came out pretty good. 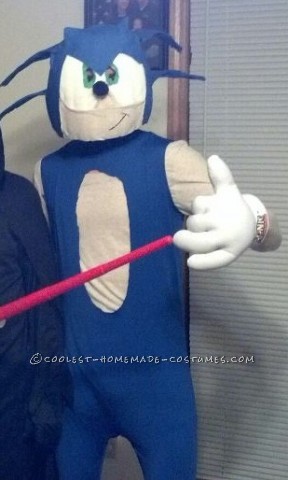 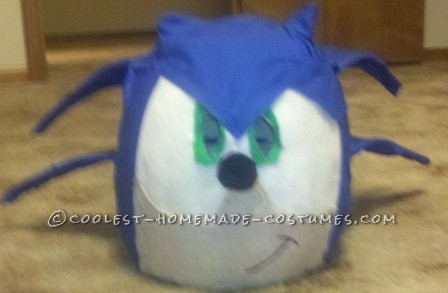 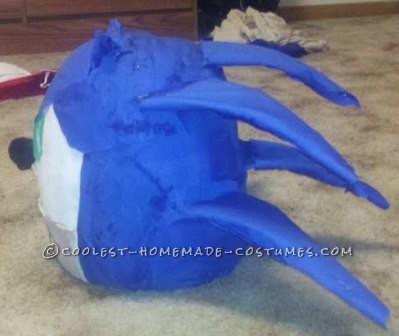 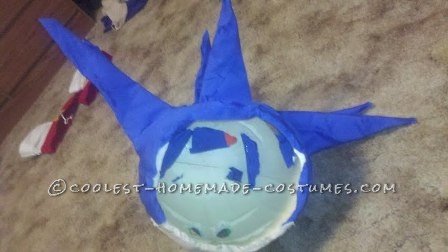 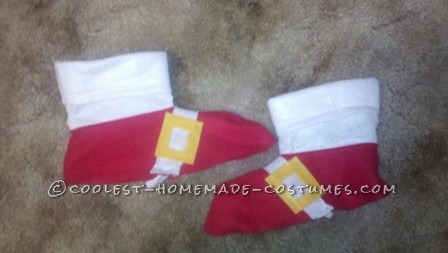